We spoke to the legendary Sierra On-Line founders about their first video game in over 20 years, Colossal Cave Reimagined.
Jam Walker 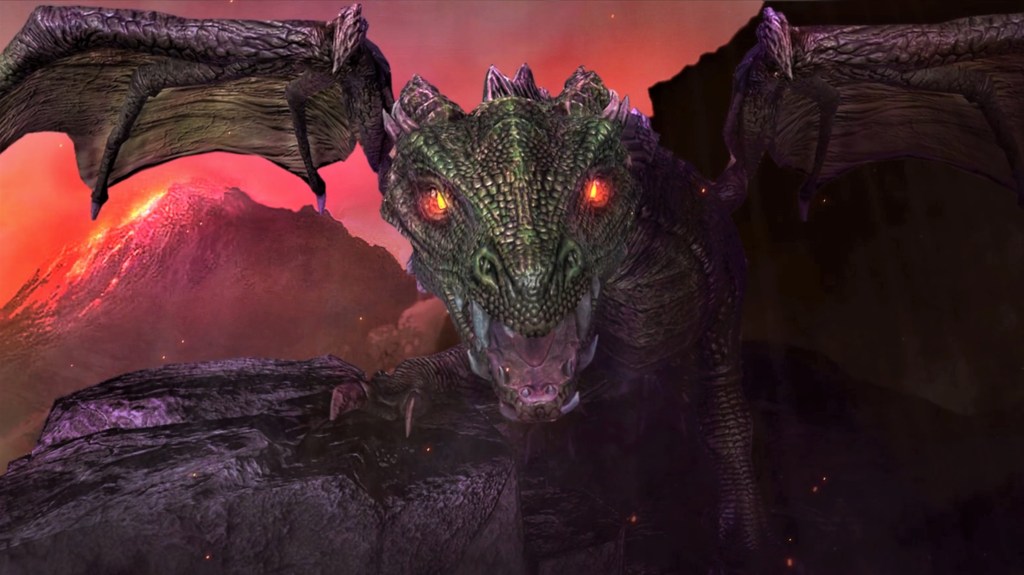 ‘People kept asking if we’d do another game. We said no way in heck, and we meant it,’ Ken tells me as the three of us sit down in the lobby of Seattle’s Hotel Theodore, just across the street from PAX West. The couple celebrate 50 years of marriage this year.

Legendary co-founders of Sierra On-Line and arguably the ‘parents’ of the entire adventure game genre, Ken and Roberta Williams retired from the video games industry in 1999, bought a boat big enough to live on, and never looked back.

‘We were doing a real-life adventure. We went to 27 countries with two little dogs, and we would have kept doing that except for this COVID thing,’ Ken tells me with an air of jovial frustration.

‘So we went home,’ Roberta interjects.

‘(During COVID) I was bored,’ Ken confesses. ‘(Roberta) said I should write a book. I was gonna write about anything but Sierra, but Sierra was all I knew. So that got me thinking about games and…’ Ken pauses, ‘and then I suggested Colossal Cave!,’ Roberta finishes.

For those as unaware, as I myself was, Colossal Cave Adventure is a text adventure developed by spelunker Will Crowther in 1976. It was stumbled upon a year later by programmer Don Woods, who expanded the game, adding fantasy elements and more complex puzzles.

Woods’ build became the obsession of a young Roberta Williams, who convinced her programmer husband Ken to help build a similar kind of game but to her design – Mystery House. It was a hit, and the couple quickly shifted the focus of their fledgling company from business software to games. The Sierra On-Line empire that dominated the 80s and 90s PC gaming landscape was born.

In the present day, Ken had been tinkering away at his Colossal Cave remake for some months with the thought of reaching out to a publisher vaguely dwelling in the back of his mind. It was a chance encounter with artist Marcus Mera that would make the project really take shape, though.

‘I started on the game but I had no artist at that point,’ says Ken. ‘I was doing a presentation and Marcus happened to be presenting after me. We were in the green room getting ready to talk. He mentioned he was an artist and I said, “hey, I’m doing a game!” He said, “do you want an artist?” And I said, “sure!” So he started doing the art for my game, and it was just going to be him and me.’

‘I don’t even know why they thought they could do a game like Colossal Cave, (just) the two of them,’ says Roberta incredulously. ‘I said you can’t do that to Colossal Cave. If you’re going to do it, it’s got to be done right.’

With that, Roberta came onboard as creative lead and a team of over 30 people were soon contracted for the project.

Despite the shift to a modern 3D engine, preserving the integrity of Crowther and Woods’ work remained absolutely essential to all involved, especially Roberta.

‘It’s a very elegant design,’ Roberta says. ‘It’s really good, and it hasn’t really gotten the credit I think it deserves. It says ‘Reimagined by Roberta Williams’, I’m not the designer. I don’t claim to be. It’s their design. It’s their game.’

‘I actually have found it more difficult to do this game than my own games, because when you design your own game, you design it the way you want it.’

I got to have a lengthy playthrough of Colossal Cave Reimagined, with both the Nintendo Switch and Meta Quest 2 VR versions of the game at PAX West 2022, and can attest to the fact that despite the shift to first-person 3D, the game remains firmly rooted in old-fashioned text adventure design sensibilities.

Exploration, and trial and error inventory item interaction, are the pillars of the gameplay experience. I actually died instantly mere minutes into my first play session because I didn’t equip the lamp when I set foot into the cave.

I never felt annoyed or frustrated while playing though, even as somebody who didn’t grow up on these sorts of games. There’s just something genuinely charming and wondrous about the whole experience, like you’re seeing the very foundations of the video game medium laid out before you, to explore and play with at your leisure.

The Switch version of the game has players navigating the environment with a standard control scheme, while the VR version uses a controller-based point-to-point navigation system with full head tracking for looking around. Both versions ran great, but the VR release definitely has the edge, in terms of immersive atmosphere.

The game is undoubtedly not going to be for everyone due to its defiantly old-fashioned sensibilities, but Ken and Roberta Williams are entirely okay with that.

‘It’s really a labour of love. That’s what I would call it,’ chimes Roberta.

‘We’ve seen a few bugs as we went, since we’re going so close to the source, and in general, we kind of left them in,’ Ken adds.

‘We look in the source and if it’s there, we do it,’ Roberta continues.

‘I think I’m a pretty good person to have done this because I revered the game so much,’ Roberta adds. ‘It was important to me that if we’re going to do this, we do it right and really bring it to today’s players and have them see it because it’s just something that needs to be seen. It’s historical, it’s iconic, it’s classic, and it shouldn’t be forgotten.’