Focused and grounded, As Dusk Falls is a strong and effective example of how to make interactive character drama work.
Edmond Tran 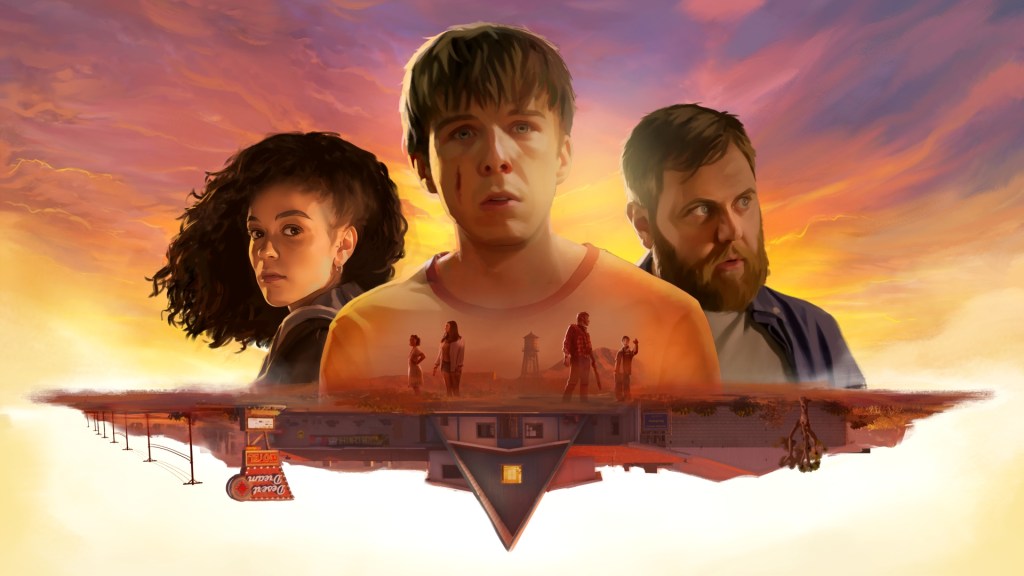 As Dusk Falls solves the Quantic Dream formula. That is, the formula to create a multi-layered, branching interactive narrative game where the results of your choices flow organically, and you feel a deep, emotional investment in its world and characters.

As much as I dislike drawing direct comparisons between titles, it’s hard to consider As Dusk Falls, from new studio Interior/Night, without also thinking about the games of Quantic Dream and the genre that it influenced. After all, Interior/Night founder and creative director Caroline Marchal led the game design of early Quantic Dream titles like Heavy Rain and Beyond: Two Souls.

As significant as those games were – in their visual technology, their tone, the types of stories they told, and the kind of style of gameplay they featured – they had their issues. And often, those issues undermined their ambition to forge a strong emotional bond between you and the game.

Whether by intention or accident, As Dusk Falls has addressed many of these problems.

Revolving primarily around the intertwined stories of two different characters and their families, As Dusk Falls deals with a chance encounter between Vince, a disgraced airline mechanic moving across the country with his young family, and Jay, the youngest in a rough rural family trying to resolve their father’s debts with one quick break-and-enter.

After their encounter, both parties end up at an Arizona motel, where things go terribly wrong. As Dusk Falls follows the events preceding, during, and after the motel incident, where numerous branching decisions from various characters affect the outcome of the plot and its characters across six chapters, framed and experienced like a TV mini-series. The only interactions are dialogue decisions and the occasional action prompt, with no direct character control.

At first, As Dusk Falls feels like a straightforward crime thriller that takes the wrong kind of lessons from prestige TV. Vince and Jay get pulled through a long series of unfortunate mishaps, and each new character feels like they come with their own flashback moment, and special brand of personal trauma.

Fortunately, As Dusk Falls eventually settles into a moderate pace, which allows for welcome scenes where characters have time to breathe, and you have an opportunity to explore and unpack the nuances in their personalities and worldviews by negotiating conversations and actions. Sometimes, certain level-headed choices for characters only appear in play once some time has passed, and presumably, the character has had some time to think – a nice touch that encourages a more considered approach.

It very much helps that the catalyst for the game’s events – the motel incident and everything that follows – is relatively grounded. Interactive narrative games that follow in the footsteps of Heavy Rain – The Quarry, Life is Strange, and other titles from studios like Supermassive Games and Don’t Nod – typically utilise an exceptional, unreal element as a catalyst to explore character psyches and hook you in, whether it be a serial killer murder mystery or supernatural abilities. But the suspension of disbelief can be a heavy cost.

As Dusk Falls revolves around a crime gone wrong, and while it features an exceptional scenario with climactic moments, it’s still grounded in reality. With less time needed to explain the hows and whys of a central, fantastical conceit, more time is devoted to the characters. Not everything is high stakes, either – As Dusk Falls features plenty of moments where conversations, reactions, conflicting ideas and emotional processing plays out quietly, and it makes everything believable.

Explorations into the dynamics of interpersonal relationships, family, and self-worth feel sensible, relatable. In its latter half, the game delves into issues of post-traumatic stress disorder, anxiety, and living with trauma in a nuanced and mature manner. As Dusk Falls is ultimately an introspective story about dealing with the scars of your past, and the game handles this elegantly, and with nuance – at least, in the story branches I saw, with the more even-handed choices I made.

More than just interactive narrative, As Dusk Falls is an interactive character drama. And it works incredibly well.

Much of that strength comes from the quality of the performances and the well-written dialogue, of course. With few exceptions, Vince, Jay, and the game’s supporting cast of characters are understated and convincing. Jay especially is a meek, softly-spoken character whose inner turmoil is delivered with subtlety and plausibility.

It’s another facet of As Dusk Falls that benefits greatly from not having to throw characters into fantastical situations that demand intense, over-the-top performances. The game’s unique visual presentation also helps greatly.

As Dusk Falls is presented as a mix of static 2D art for its characters, and 3D art for its environments and objects, with camera movement, visual effects, and the still characters cross-fading into different poses to communicate much of the action. The character art has elements of early rotoscoping – people are painted realistically in something akin to watercolour – and it produces a moving, motion comic book-style effect. The closest analog is Jordan Mechner’s The Last Express from 1997.

Whether the style was born out of budgetary considerations, an avid love of The Last Express, or perhaps a bit of both, it benefits the storytelling. Where some narrative games aim for the most realistic character models possible, often in order to better communicate a range of facial expressions and emotions (with severe pitfalls for anything that looks out of place), As Dusk Falls uses its comic book-like format to let you mentally fill in the blanks between panels, and focus on the strong vocal performances.

The style can be initially distracting, and it doesn’t always work – it can feel strange in scenes with little bodily movement, as characters phase in and out on the spot. But overall, it services the game’s intentions. As Dusk Falls is better for it.

When I look back and think about the trajectory of the Quantic Dream school of emotionally-driven interactive narratives, I think of big budgets, lifelike graphics, outlandish scenarios, impossibly grandiose themes – and also how all of those things are usually a disservice to the decidedly intimate themes they want to explore.

As Dusk Falls tackles intimate themes with intimate storytelling. It spends meaningful time with believable characters and complex personal issues. It attempts to explore answers to those relatable and sometimes unanswerable questions about ourselves. And most importantly, it doesn’t get distracted or lost along the way.

A copy of As Dusk Falls was provided and played on an Xbox Series X.