Airoheart is a Zelda homage that borrows a lot from the classic adventure.
Leah J. Williams 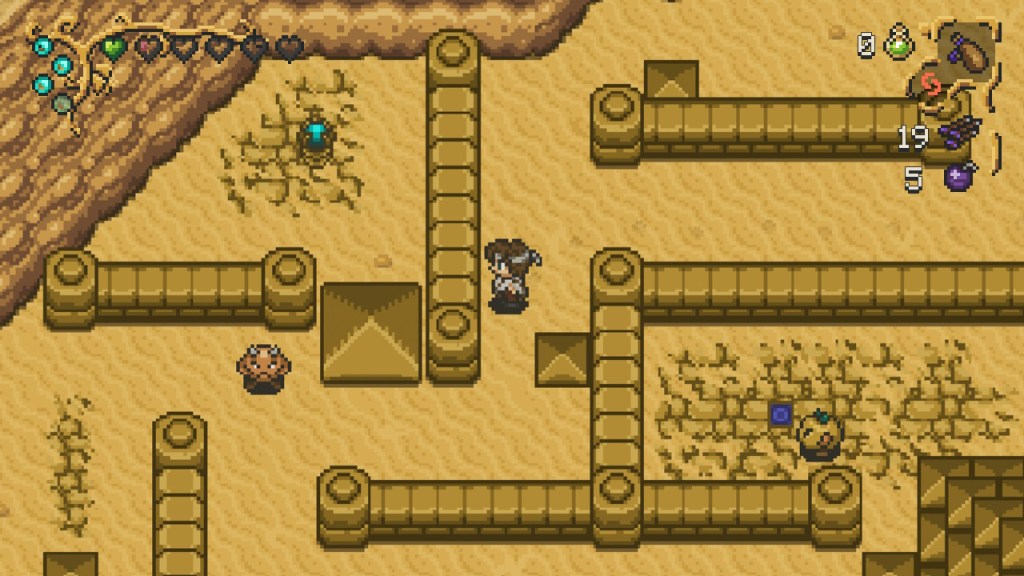 The 1990s was a pioneering era for video games; a time rife with mechanical innovation and great stories that still resonate today – to the point where modern developers are still following in the footsteps of this era, using the classics as touchpoints for new inspirations.

Airoheart, a new adventure created by Australian studio Pixel Heart is a game that attempts to bottle the charm of this period, carving out a homage to the classic Legend of Zelda games of the 1990s, with traditional 16-bit-style gameplay aided by a perfectly nostalgic soundtrack of twinkling, fairytale tunes. But not everything is idyllic in the game’s fantasy world of Engard – and like Hyrule before it, the lands are filled with danger and malice.

Described as a love letter to the 16-bit era, Airoheart takes major cues from classic Zelda games in almost every aspect of its design. The pixel art is chunky and detailed, as in those early Zelda adventures. The music is as delicate and light-hearted as Zelda‘s too, with a sparkling charm that follows you on your journey. The dungeons will also be very familiar to those who’ve played classic Zelda, with similar tricks and challenges for finding your way through the world.

In your quest through the game’s conflict-riddled lands, you play as Airoheart, a young and confident warrior who joins a group known as the Elmer, who are in a factional war with the Bretons. There are vague allusions in the plot to a lost brother in the family, and plenty of generational battles behind the scenes – but this story serves more as set dressing; a tightrope to hold together the disparate parts of the adventure, and send Airoheart on a journey through various darkened dungeons in search of mythical stones.

The bare-bones story feels throwaway, but it eventually gives way to a variety of clever dungeons that make up the bulk of gameplay and keep the action moving. The strength of early Zelda was always in its twisting stages; the puzzling ways you could conquer dungeons by discovering and utilising new items, and weapons, or finding obscured clues along the way.

In Airoheart, you’ll need to rely on your wits in multiple regards. As caverns get deeper and darker, you’ll need to carefully plan your way through multiple pathways. One corridor ahead may lead to a slim cavern that requires you to inch your way slowly past massive pits. In another corridor, you might find an electrified enemy blocking the path.

There’s always a way through – but this requires backtracking, noticing subtle clues like a crack in the wall, and planning your next steps forward. Each dungeon is compelling, with frustrating but surmountable challenges along the way. The game is never too difficult, with hope waiting behind every new discovery and milestone within the dungeons.

The loop is more satisfying the further you travel across the game’s map, discovering new secrets and unlocking abilities as you conquer each dungeon and claim your piece of the ancient Draoidhe Stone. At first, small obstacles are too heavy to lift – but as you progress, you unlock more strength, and this leads to further rabbit holes. You can travel deeper into dungeons, and discover more unruly beasts and bosses.

But while the central gameplay and the hunt for new stones remain compelling through narrative tidbits and clues that keep you searching, Airoheart‘s exploration is hampered by a lack of mechanical finesse.

Movement, for example, can be extremely hard to handle in areas with tight passageways. Airoheart tends to move further than you expect along tiles, making it hard to calculate forward rolls and traversal without falling into pits. In some areas, these pits are also defended by roving spike traps and spinning wheels that impede progress. These seem to take up more room than the game depicts. There are passageways that seem traversable, but aren’t – because enemies are larger than they seem on screen, and block the pixels Airoheart needs to travel. Airoheart himself also seems larger than he appears, and frequently falls into holes that look one or two pixels away.

Combat also lacks finesse, with directional attacks feeling stiff and unwieldy. There is no diagonal movement, which means you need to carefully calculate each swing of your sword ensuring you’re lined up just right in the correct direction. Restrictive hitboxes also come into play here – you’ll need to fight with the very tip of your sword, or you’ll end up colliding with enemies. Airoheart has a fairly wide hitbox, which leaves him vulnerable to enemy attacks.

This lack of refinement extends into other parts of the game, most obviously in its sound design and one particular choice that feels baffling. Any time you perform an action in Airoheart, the game blares with an almighty, literal gunshot noise. Hit an enemy, and the gunshot rings out. Roll through a cavern, and you’ll hear the gunshot. Every time you get hit, you’ll also hear it. It’s five times as loud as any other noise in the game, and feels like a mistake – but as of game version 1.0.3, it’s still an issue.

The gunshot sound is extremely disturbing, and ruins the ambience of quieter scenes, to the point where I completely muted the game to play it through it all. Silenced, it was a far more enjoyable experience.

The most frustrating design decision of all, however, is the game’s lack of damage cooldown. When you get hit by an enemy, there is no cooldown period of invulnerability, which is common in most other action-adventure games. You don’t get a second to take a breath. If you’re sandwiched between two enemies or more, that means you’ll end up bouncing between them, taking damage for each and every hit, with no chance of recovery.

Make sure you’re facing enemies in exactly the right pixel line – you’ll be fine. But if you’ve got enemies on all sides, or any of them are off-centre, you’re basically heading for the grave. There’s no way to escape before you start getting ricocheted between them like a ping-pong ball.

In attempting to recapture Zelda-era nostalgia, Airoheart is mostly successful. Its potential shines through pieces of the game’s many dungeons, gorgeously-rendered pixel lands, exploration loops, and clever puzzles. But Airoheart is very much held back by a lack of refinement and finesse, and largely stands in the shadow of its predecessors and everything that’s come before.

The Nintendo Switch version of Airoheart was provided and played for the purposes of this review. 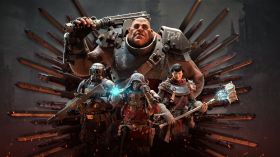