Ranking the iconic fighters of Tekken 2 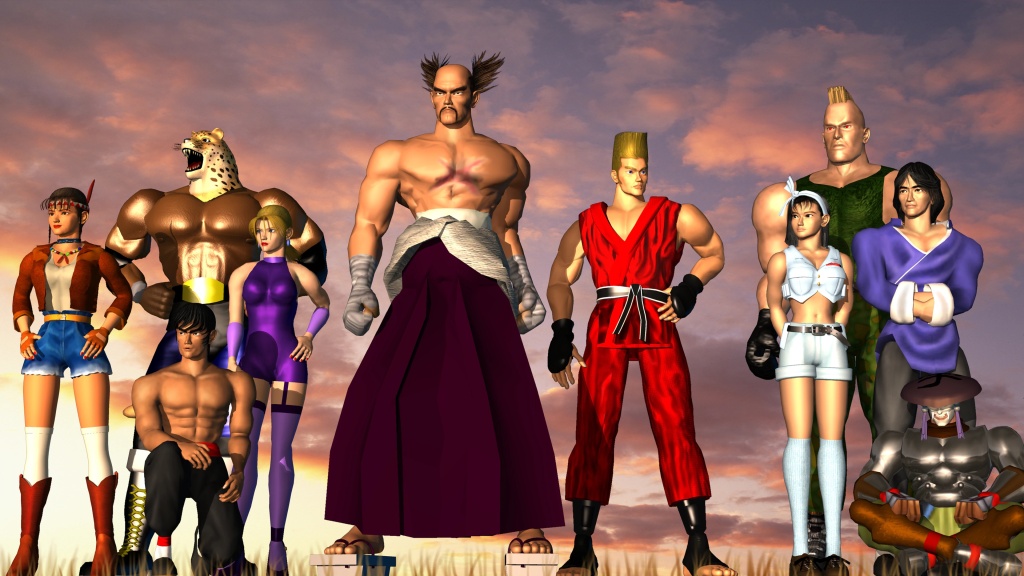 Classic 3D fighting game Tekken 2 made a grand return in late June when it joined the classics catalogue of the all-new PlayStation Plus as one of the better offerings, finally giving the title new life on modern consoles. While it’s been more than two decades since the game first launched, it has a real sense of longevity thanks to flashy character designs, and solid controls and mechanics that formed the bedrock of its more modern iterations.

Whether you grew up with the game or you’re a franchise newbie, Tekken 2 is still absolutely fantastic, and populated by some of the best fighting game characters around. Where else can you jump into battle as a robot, a kangaroo, or a Tiger Mask-inspired wrestler, all in the same game?

That said, not all fighters are created equal – and there are some in Tekken 2 that are distinctly better than others. Let’s rank each character, based on their fighting moves – and how snazzy their outfits are.

Baek is a solid fighter, but there’s nothing about him that screams ‘memorable’. He rocks up to the battlefield in a plain white gi, uses kick-based attacks, and leaves. His move set isn’t particularly flashy, and there’s not much to say about him as a fighter. (His Tekken 3 successor Hwoarang is a little better)

Like Baek, Bruce is fairly unremarkable. As a kickboxing-inspired character, he uses solid punches and kicks, and that’s about it. He does have some cool knee kick attacks, but beyond these, he’s fairly uninspiring. His design is also boring, so he loses points for that.

Alex is a boxing velociraptor. Is this image absolutely ridiculous? Of course. But Alex gets a pass because he’s just so dang cool. In addition to being a gymnastic freak, Alex has a raft of stylish moves to exploit, including a charged punch and multi-kicks that hit ridiculously hard. He’s not quite as cool as the other animal fighters in Tekken, but he goes alright.

Wang Jinrei is an older kung-fu master with a gnarly suplex and fast-paced spins that help him get the better of his opponents. He has a speed that defies his old age, and a magical charged punch that might be one of the most powerful moves in the game. It’s always good to see Wang succeed, but he’s rarely a match for his fellow fighters.

Prototype Jack is a horrifying creation; a metallic man with fists of steel, kicks of steel, and a heart of steel. There’s no light behind his eyes, which makes every ridiculously damaging move of his just a little bit scarier. He’s also got a number of quirks that make him lightly repulsive – including forever twisting hands, and a jumping move where his entire body squeezes into itself. He’s effective, but horrible.

Anna Williams might be a great femme fatale, but she makes some very impractical outfit choices in Tekken 2, rocking a red or blue dress with a massive thigh split. It’s a bit odd, but she does at least make it work for her. Her signature move, a grabbing throw that involves a handstand and a show-off butt wiggle, is wildly impressive – and we can’t fault her arm-breaking style.

Ganryu is a rare heavy fighter in Tekken 2, with a fist-based move set to match. Inspired by sumo wrestling, he tends to crouch down low and hit with great force, making other players adjust their moveset in response. He does have his arse out for most of the fighting, but it really is a deadly arse.

Michelle Chang is another great fighter that deserves recognition for being one of very few Native American characters in video games of the early 2000s. She’s also got an excellent move set, with chained jump-spins helping her take down enemies with ease. Charge an uppercut, and Michelle can take on the world.

Heihachi is a frightening-looking fellow, with his terrible looks matched by his horrible deeds. He throws his own son off a mountain! We simply shouldn’t support this behaviour. Beyond this caveat, Heihachi is an incredible fighter. His electric-powered upper punches are rough and he deals high damage for every hit. While he may be a bit too overpowered, he’s also one of the biggest bosses in the franchise, so we’ll allow it.

Lei Wulong gets points for style – he fights in a bold purple robe – and for having very dazzling attacks. Each move is accompanied by a glow of purple light, and he can spin-dash-kick amongst the best of the Tekken 2 fighters. His chained backflip and ground spin attacks are also fantastic, and deserve to be recognised.

Paul Phoenix has phenomenal, towering hair – but this is just a distraction away from his ripple punches and ground pounds, which can easily put you away. One of his finishers is a simple charged punch to the face, and it’ll knock you out like you wouldn’t believe. He may look silly, but don’t underestimate Paul.

Jack-2 is one of a long line of robots, which all feature in Tekken mythology. This version of Jack is a mohawk-sporting grunt who can deadlift fighters with ease, and put them directly in the ground. With heavy piston arms and a deadly grab, Jack-2 isn’t the fastest fighter, but if he gets you, you’re gone.

Armor King is, essentially, a version of King that’s not as cool. While he is technically an android-robot wrestler, which should push him up the Tekken 2 rankings significantly, he’s also the inferior version of a fan-favourite character. Does he pull off a really cool tombstone piledriver? Yes, but he’s also rocking some space-age shoulder pads and GoGo boots. He’s still a great fighter, but pales in comparison to the real King.

Marshall Law, a fighter inspired by Bruce Lee, has one of the most diverse move sets in Tekken 2. He can jump and kick high, spin low to the ground, and even take on a forward assault, making him difficult to defend against. He has few weaknesses, and is extremely fast – so watch out if Law gets spinning. Watch even closer if that backflip kick comes out.

Angel and Devil are two sides of the same coin, and sport very similar move sets – but given Devil is actually part of Kazuya Mishima, we’ll refrain from talking about these fighters together. Instead, let’s focus on Angel – one of the most overpowered fighters in the game. Angel is fast, and can drill opponents with constant attacks which can rarely be defended against. She can also unleash a devastating laser beam which is a near-instant kill for other fighters. Angel is a monster of an opponent, but fantastic to play as.

Lee Chaolan gets points for style, right off the bat. His haircut, while a bit goofy looking, is quite popular – and paired with his alternative, open-chested biker outfit, it’s clear that he knows fashion. He also has some super cool moves to go along with the outfit, including a kicking backflip, and an electric-powered ground pound.

Kuma, like Alex, is one of Tekken 2’s fighting animals – a bear, to be precise. There’s nothing quite like gearing up for a fighting tournament and being told you’ll have to wrestle an angry grizzly bear, but that’s exactly what awaits fighters in this series. Kuma is also huge, which makes it difficult to avoid his bear claw swipes, or bear hug suplexes. If you’re fighting against Kuma, the best thing to do is sit and pray.

Nina should get credit for fighting through Tekken 2 in high heels and fishnets, just like her sister Anna. It’s a difficult art, but it’s great to see her pulling it off – and with such style and power. Naturally, the high heels become weapons in her hands, with acrobatic kicks turning them into flying projectiles. She’s also got a great head-crushing finisher that looks awesome.

Next up, we’ve got Roger – the best animal fighter in the entire Tekken series. The boxing kangaroo is, frankly, great representation for Australia. He’s got a mean swing on him, a very high jump, and extremely damaging kicks that are hard enough to break bone. One of his iconic finishers is also an Undertaker-like tombstone piledriver that drops fighters on their heads. Great stuff! We love you, Roger.

Jun Kazama is impressively overpowered, and one of the hardest-hitting women in the entire Tekken series. She’s taken to performing chained kick backflips whenever she feels like it – often – and each hit you take from her is absolutely devastating. Her fluidity is also rarely beaten – her side flips, spins and punches all fade into one another in a blur of killing intent. Jun is an absolute tank.

Kunimitsu is a lithe and impressive fighter that utilises a range of flashy moves to take down her opponents. She also wields deadly kunai, and has an incredible spinning attack that deals deadly damage. In short, she’s a weapon, and deserves to be regarded as one of Tekken 2‘s best fighters. Plus, her design is absolutely fabulous.

Kazuya Mishima is one of the most fascinating fighters in the Tekken series, with a unique back story to match. As the pseudo main character of Tekken 2, he’s given the most attention in story modes, and one of the flashiest move sets. Like his father, his punches are accompanied by bursts of deadly electricity that add damage, and every hit lands with a resounding thump. Plus, he does it all with a very snazzy suit.

Kazuya also ratchets his way up this list by being one of the overall most powerful characters in his Devil form – an ultra-powered alter ego that hits fast and impossibly hard, particularly if you get hit by his laser beam. While regarded as separate fighters on the game menu, Devil and Kazuya are ranked together for story reasons.

Yoshimitsu is a cyborg swordsman armed with a deadly skillset. He can use his blade to fly, run opponents through, dazzle them, and even teleport, making him an extremely difficult target to hit. His spin attacks, like Kunimitsu’s, are fluid and powerful, and his evasive techniques are second to none. Play Yoshimitsu, and you’re almost guaranteed a victory.

King is the best fighter in Tekken 2 overall, with a hard-hitting, grappling fighting style that adapts classic wrestling moves into smooth and over-the-top attacks. If you can get a headlock in during a fight, you’ve basically got it won – and for that, King should be applauded. While he does have his weaknesses – he can be slow to react and fairly unwieldy, he’s still a very effective brawler, and stylish to boot.

Tekken 2 is now available for PlayStation 4 and PlayStation 5 via the all-new PlayStation Plus subscription, which offers classic PS1 games for Deluxe and Premium users. 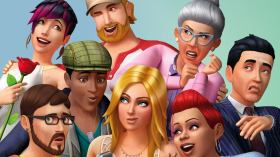 Every new and returning feature we want in The Sims 5

The Sims 4 is ready to be sunsetted. Here's what we'd want to see in a brand new Sims sequel.

Xbox Game Pass is home to a range of fantastic titles, including these excellent indie adventure games.

Digimon Survive is a dynamic visual novel that closely aligns with the action of the anime series, and features rather…