Hands-on with the Sony INZONE H3, H7 and H9 headsets

The new Sony INZONE H3, H7 and H9 headsets are designed with accessibility and comfort in mind.
Leah J. Williams 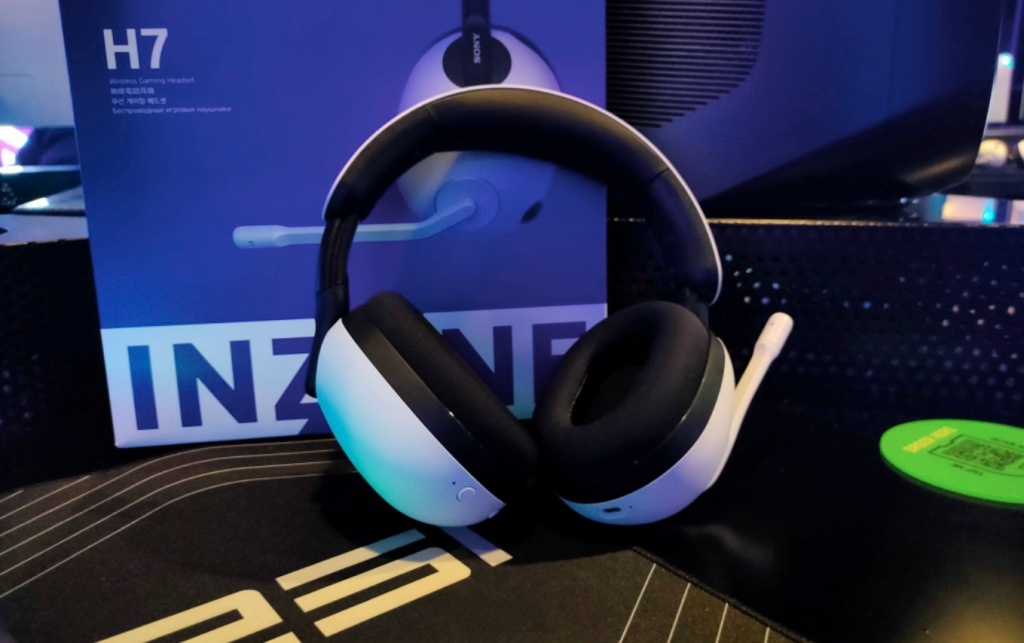 Sony is making big moves into the gaming hardware realm, with a new array of Inzone headsets aiming to make a splash in a crowded market. The H3, H7 and H9 headsets float on different price tiers, with Sony clearly going for a multi-layered approach – budget, mid-tier, and premium. During a recent media event, I was able to go hands-on with each of the Inzone headsets to get a clearer idea of what each offers, and how they differ.

Before we dive into specifics, here’s a quick rundown of each headset.

As you can see, the H3 is the ‘budget’ tier option with a wired connection, while the wireless H7 and H9 exist on a much higher price tier. All are compatible with PC and PS5 consoles, but spotlight different features.

The Sony Inzone H3 is a fairly basic headset. It has many of the same features as the H7 and H9 models, but does everything just a little bit less impressively. The first major difference you’ll notice is that the H3 is a wired model. On the positive side, that means absolutely no charging required – a real blessing when it seems like nearly every device nowadays needs monitoring. The downside of this is the cord itself can be quite annoying when you’re playing games.

The wire is fairly thin, and fits into the usual 3.5mm headphone jack on your PC or controller. It’s much simpler to set up than a wireless headset, but the cord does only measure in at about 1.5 metres – and this may be a problem if you’ve got a floor-mounted PC. While playing with this headset on, I barely had enough leeway to move my head around, and I often had to push the cord away and behind my shoulder. The cord itself is not detachable, a feature that some headset models have to cater for different cord lengths.

Beyond the cord, the headset was easy and comfortable to use. The H3 shares a similar design with the H7 and H9, and each headset is extremely soft and manoeuvrable. I tend to get an uncomfortable, burning sensation at the top of my head if I use a heavy headset for too long, but each of the Inzone sets is light – remarkably light, for their design and size.

There’s ample space within each earcup, even if you’ve got multiple ear piercings (a consideration that manufacturers often ignore), and the pads are cool, and not too tight. While I was only able to spend 15-20 minutes with each headset due to the nature of the preview event, I was impressed by the comfort and space offered by the H3, H7 and H9 cups. They are quite round and large, but lightweight and very adjustable. Cups are easily manoeuvred (they swivel more than 90 degrees), and the band can be extended quite far (around 3-4 centimetres on each side, by estimation). While the band on the H3 differs from the other headsets, it has the same range of swivel, adjustability and comfort.

While the sound quality of the H3 was good, there was a noticeable difference when directly comparing the H3 with the H7 and H9. The H3 still includes fantastic directional sound that helps to identify movement in a 360-degree soundscape while gaming on PC, but the sound profile was blander and had less bass than the higher-tier headsets.

If you don’t compare headsets, the sound is extremely serviceable, with clear tones and impressive 360 spatial sound. Those who’ve yet to invest in a ‘premium’ tier headset will likely come away satisfied with the level of bass and clarity. When comparing them, however, the sound on the H3 was tinnier and less layered than the others. This makes sense, given the price point, but it’s still worth noting.

Like the H7 and H9, the H3 also includes a non-removable microphone – however, I wasn’t able to test this during the preview event, so its quality on the receiving end is currently an unknown.

The Sony Inzone H7 has everything you need

The mid-tier Sony Inzone headset is the H7, which offers a wireless Bluetooth and 2.4 Ghz connection via a 5cm USB dongle for PC or PS5. The design of the H7 strongly resembles the H9, however, there are fewer buttons around the rim, no noise cancelling or ambient noise options, and the headset connectors don’t glow.

As far as sound goes, however, the H7 and H9 can’t really be separated. In practical terms, they both have rich, multi-layered sound that helps to illuminate your chosen gaming battlefield (I hopped into Fall Guys, Call of Duty and Valorant with both headsets), and the 360 spatial sound is a massive help when you’re caught flat-footed by gunfire, and you need to know where your enemy lies.

Sounds are crisp, clearly directional, and true to life – to the point where I was playing a mission in Call of Duty, and nearly jumped when a voice to my left boomed out like it was coming from the real world (it wasn’t, and I looked very silly, thank you very much). The bass is also resounding, and helps give the audio more depth and impact.

As for comfort, the H7 shares many of the same characteristics as the H3 and H9. The swivel on the cups means you can adjust them to your head shape and height, and the padding makes them extremely comfortable. I can’t speak to long hours gaming with the headsets, but given they feel lighter than the average pair, they shouldn’t give users too much trouble.

Like the H3, the headset comes with a non-detachable microphone that was not able to be tested during the event. Likewise, the power and charging capabilities of the headset weren’t testable – but according to Sony, the headset will last for 40 hours on a single charge, with 10 minutes of charging lending the headset at least 1 hour of play.

The Sony Inzone H9 is bougie, and very peaceful

The ‘big momma’ headset of the Inzone three is the H9 – the most expensive and feature-rich of the lot. It shares a similar sound quality and look to the H7, with much of the same benefits, but the core difference here is that it offers additional noise cancelling and ambient sound options.

A small button on the left cup of the H9 headset lets you pick from three sound modes – light noise cancelling, voice prioritisation, and intense sound cancelling were the three tiers on the headset I tested, but you can choose what the buttons do by customising them in the Sony Inzone PC app.

By connecting a headset to the PC app, you’re able to completely customise your set-up – including how noise cancelling works. If you still want to be able to hear your partner calling from another room, the noise cancelling can be set to let voices in. If you’d prefer total silence, you can have that too – and it works a real treat.

In a crowded room of journalists, the highest tier of H9 voice cancelling was able to cut off the pounding bass of pop music, and about 90% of the crowd noise.

While the setting did still let in the low burble of voices, they were indecipherable and faded well into the background, allowing me to prioritise punching little beans in Fall Guys (and beating them to the punch). The middle NC setting was also great for listening out for important instructions in the preview room.

This extra feature is costly, but may be worth it for those who desire a small slice of peace while gaming.

The battery life is slightly worse off than the H7 when using the noise cancellation features, but given the headset reportedly provides 32 hours of use on a single charge, there’s not too much to complain about. As with the H7, 10 minutes of charging will give around 1 hour of gameplay.

How the Inzone H3, H7 and H9 headsets compare

It can be difficult to differentiate between each headset given they share similar, excellent designs, but hopping between each during the preview event was revelatory. Swapping the H3 for the H7 was particularly illuminating, with the change making clear just how much of a quality leap comes with price. The audio difference was fairly stark, with the H7 showing off superior depth and audio crispness. The leap between the H7 and H9 also helped to justify the $100 price difference on the strength of the noise cancelling alone.

To make a brisk judgement about each headset, based on this experience:

Each has its own unique appeal, from price point to specific features, but the H7 is a clear winner here – with a great balance between sound quality, comfort, and battery life. The H9 is also fantastic, but the AU $449.95 is a bit much to stomach, even with the added bonus of the noise cancelling feature. Gaming in peace is a great draw, but it’s not strictly necessary unless you really have a noisy home.

Sony may have only recently started its push into the gaming hardware market, but it appears to have a promising future ahead. These three headsets are all impressive in their own right, and while there is a clear standout, all are worth your attention.