With their remakes releasing this month, Pokemon Diamond and Pearl are finally getting the treatment they deserve.
Leah J. Williams 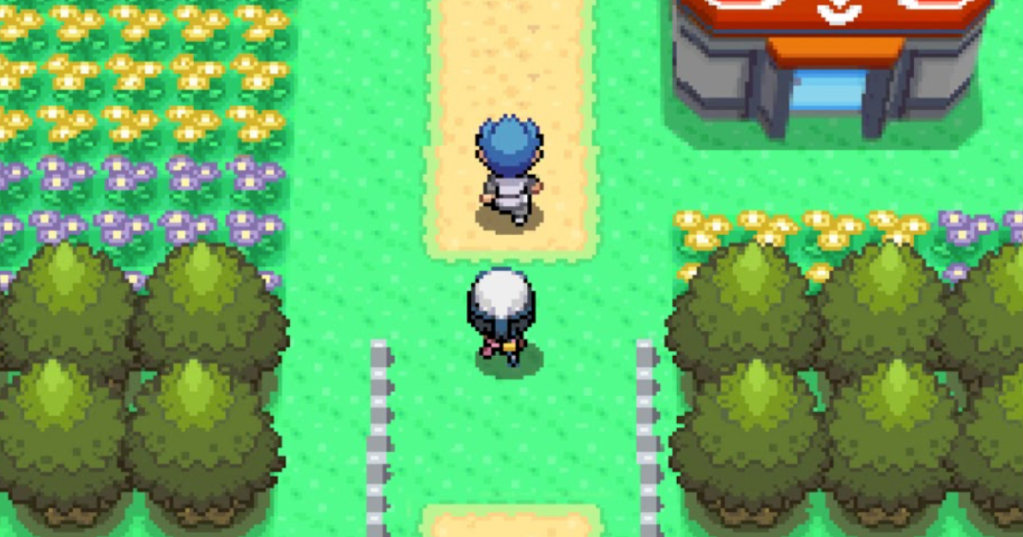 It’s hard to fathom there was a time before the internet, now that it’s consumed so much of our lives — but in the early 2000s, a generation of kids was slowly coming to terms with what the internet really was. Sure, it had existed in decades prior, but it wasn’t until the early 2000s boom that it really entered the homes of kids and invaded their day-to-day lives.

For many, it meant hours spent on Neopets or Habbo Hotel on PC, trawling the internet for fun games and friends to chat to. In the world of games, the internet was a transformative tool. For the Pokemon franchise in particular, it wound up being essential for connecting players and creating new, shared experiences.

The Pokemon games had always been popular, but the nature of the late 1990s handheld titles meant it was difficult to share your little monsters with friends. The Game Boy and Game Boy Advance both had ‘link cable’ accessories that would help players battle and trade their Pokemon, but this required an additional purchase that many young players couldn’t spring for.

It wasn’t until the Nintendo DS era where connectivity via the internet was native and accessible — and it opened up a whole world of possibilities for players.

Pokemon Diamond and Pearl were the first two games in the Pokemon franchise to take advantage of the console’s Wi-Fi capability, using the feature to implement a new Global Trade System (GTS), internet battles, and a nifty multiplayer area known as The Underground.

These new systems served to better connect players to their friends, but also introduced players to the global Pokemon community. For the first time, players could head online and exchange Pokemon or battle with total strangers.

Completing a Pokédex by discovering every Pokemon on your path was once a lonesome task. With Pokemon Diamond and Pearl, the game’s community began working together to help each other build their libraries. If you were having trouble finding a legendary Dialga or Palkia, there was always a friendly, unknown player waiting with you in mind.

All you had to do was log onto the game’s GTS, and request whatever Pokemon you had in mind.

While communication features with overseas players was still limited in the Diamond and Pearl generation, the GTS helped many realise how many other Pokemon players there were in the world. More than that, it helped them realise they came from all over the globe.

Pokemon have the ability to retain nicknames when they’re traded online. Many online trades sent players Pokemon with different-language nicknames. Sometimes these were names in Chinese or Korean characters, which required some translation. They helped young kids understand more about the world, and widened the scope of their perspective.

These were Pokemon that arrived from overseas, who were loved enough to be given nicknames, and through the Nintendo DS they arrived on another console halfway around the world. The expanded scope of the trading feature meant players became more aware of each other, and connected despite language barriers and distance.

Carrying another player’s Pokémon with you was an honour, and a source of pride.

On a smaller scale, Diamond and Pearl features like The Underground also helped players connect to their local communities.

The Underground is a special area featured in Diamond and Pearl where players can hang out online in a virtual space. In these caverns, they can establish a secret base, mine special diamonds to earn rare goods, and play games with any number of friends.

It’s simple, but it was also a game-changing feature, and one that allowed players to gather in a digital realm for the first time in a Pokemon game. Running around with your player avatar was a real joy, as was springing a trap and catching your friends unaware.

Since Diamond and Pearl, no Pokemon game has featured anything quite like The Underground, a space for players to meet and play. It made the games more interactive, more about hanging out with friends, and helped players share memories of Pokemon together.

While the feature never returned, its impact is undeniable.

It’s also likely one of the key reasons why Pokemon Diamond and Pearl are getting remastered for Nintendo Switch.

As far as ‘innovation’ goes, Pokemon games tend to make little changes between franchise entries. There are tweaks to trading systems, tiny fixes for open world gameplay, and smaller quirks to game structure along the way.

Pokemon Diamond and Pearl felt like genuine leaps forward. They made changes that were essential to the future direction of the Pokemon franchise. There were smaller inclusions in these franchise entries, like the ability to enter Pokemon in beauty contests, but the games should be remembered more for their community-building.

In the post-internet age, Diamond and Pearl rode the curve all tech was travelling. It adopted Wi-Fi features in a way that genuinely expanded the world of Pokemon and brought players closer together. In helping introduce kids to the power of the internet, it also encouraged niceness, having fun, and helping people wherever possible.

While Pokemon has changed over the last decade, and the internet is now a much stranger place, the modern games owe a lot to the first entries on Nintendo DS. The changes they made shouldn’t go unrecognised, particularly as a new generation of players discover Diamond and Pearl for the first time.

When Pokemon Brilliant Diamond and Shining Pearl launch for Nintendo Switch on November 19, modern gamers are in for a real treat — and an essential part of Pokemon history.