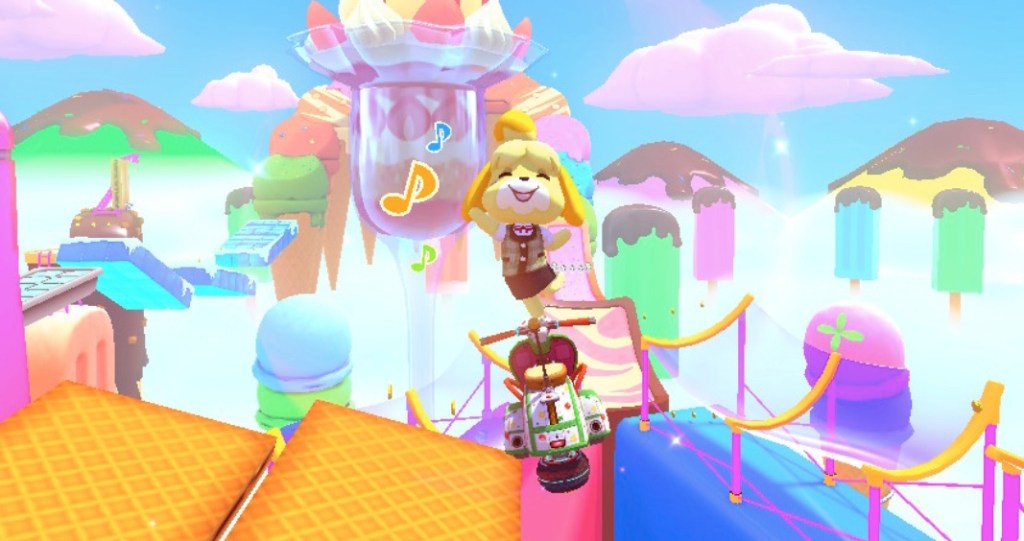 Mario Kart 8 Deluxe – Booster Course Pass Wave 2 is an excellent addition to the Mario Kart franchise, boasting an array of fabulous courses that range from classics to cult hits. There’s something here for the nostalgia crowd, as well as fan-favourite inclusions like Waluigi Pinball. Australia gets a look-in via Sydney Sprint, and the Kalimari Desert looks better than ever on Nintendo Switch.

While the initial announcement of the Booster Course Pass was unexpected, its arrival has been most welcome. Not only has it injected Mario Kart 8 Deluxe with a whole new array of courses, but there are also now even more people playing online – of all skill levels. Hop into Mario Kart now, and you might even be able to win a race or two as you speed through Sydney and the Mushroom Kingdom.

That’s all thanks to the new content, including the recent wave 2 tracks. They’re all excellent in their own way – however, some are frankly better than others. Let’s dive deep, and rank every new track included in wave 2.

Sorry to this classic track, but it’s all a bit boring over on Mario Circuit 3. This course, which hails from Super Mario Kart on the SNES, was created in a simpler time – and that’s reflected in its plain design and boring curves. Go around the flat track. Do some turns. Now, do some other turns. Congratulations, you’ve completed Mario Circuit 3.

While the Nintendo Switch version does include some retro decorations to make the action a little bit more interesting – Yoshis and Toads swan on the sidelines – there’s really no saving this track. Some of us are a bit plain, and that’s okay.

Snow Land is a massive step up from Mario Circuit 3, and features some great scenery – but it’s also quite plain. Because other courses in this pack are so colourful and gorgeous, the snowy setting of this track just doesn’t stand out. It’s also fairly linear, with only minor shortcuts available for wily players.

Still, the looping nature of the track is appreciated, and its upward/downward slopes keep things relatively interesting. The callbacks to Super Mario 64 are also great – large penguins roam the ice cap at the centre of this track, and the snowmen that hang around the trees are also featured heavily in the classic game.

New York Minute, from Mario Kart Tour, is an eye-popping track filled with lights and sounds. Turn a corner, and you’ll run into lit buildings, Toads strolling on the promenade, or parking garages lined with red carpets. It’s glittery, very flashy, and an all-round fantastic stage. There are even a few shortcuts you can take if you spot them in time.

Where New York Minute loses its shine somewhat is in its structure. The entire course is fairly flat, and there are few surprises in its presentation. While you do end up taking alternate paths in each trip around the track, it’s a linear course with little room for tricks. Very pretty, but surprisingly unmemorable.

The Wii-era Mushroom Gorge stage returns in wave 2 of the Mario Kart 8 Deluxe Booster Course Pass, and it certainly deserves its resurrection. With new touches – sparkly caves, bouncier mushrooms and brighter scenery – this version of the course absolutely pops. While it is still fairly hard to conquer the left side of the bouncy cave mushroom track, the challenge only spices up the course.

With multiple segments that include riding and flying sections, Mushroom Gorge is an all-time favourite that certainly deserves all the new attention it’ll get. The bouncy mushroom gimmick is a real winner, and it’s used perfectly throughout this course.

Waluigi Pinball is a whopping track, with so much going on. First, to actually get to the pinball segment of the map, you have to traverse looping neon tubes filled with extravagant lights and sounds. You also get shot out a kaleidoscope cannon. Then, when you’re in the pinball segment, you’re dealing with roaming balls that can knock you out in an instant, and half a dozen obstacles, like flippers and bumpers that push you away.

Absolute madness. The whole thing also plays out with a remixed Waluigi tune which is equal parts annoying and toe-tapping. All-in-all, it’s an extremely overstimulating course, but one that shines brightly, and looks great. It’s ridiculous, meme-worthy, and very fun.

Kalimari Desert is a real surprise, and one of the stand-out tracks of wave two. Originally debuting in the Nintendo 64 version of Mario Kart, the newest version of the course has been given a complete facelift with refreshed textures and tiny details that make the entire journey a shining, triumphant joy. It’s the little things that count here, like the train that crosses the tracks having a little ’64’ on its face. It’s driving down a highway, and having a fake lens flare illuminate a gorgeous sunset.

It’s also the way this course loops around, so that players can experience life on the desert highway, and on the train tracks themselves, working to avoid the behemoth train as it loops around and around. With all the action taking place under an idyllic, orange-tinged sky, Kalimari Desert really is a sight to behold.

Sky-High Sundae is a new-to-the-series course built on the Mario Kart 8 Deluxe engine, and it really shows. With bright, colourful landscapes and multiple land and air segments, this sweet-filled ride takes you from high to low across a lovely lolly-filled playground. The textures here are phenomenal, from the sickly sweet, dripping ice lollies to the sprinkle-coated chocolate towers. It’s absolutely beautiful, and will more than likely make your mouth water.

The detail packed in really is a treat, and there are multiple track segments that are immediately memorable. The blue jelly stairs are fantastic. The waffle steps are grand. And the ice cream alleyway is the cherry on top.

With multiple ‘original’ Mario Kart tracks rumoured to arrive in the next few waves of Booster Course content, Sky-High Sundae has us absolutely keen to see what’s next.

Sydney Sprint is the best track included in wave 2 of the Mario Kart 8 Deluxe booster courses, and we’ll fight anyone that says otherwise. While there’s a certain level of bias involved – the GamesHub editorial team is based in Sydney, Australia – this really is a well-designed, flashy, and twist-filled course. As in all the best tracks, there are multiple loops to make, with new landmarks on each loop, and both land and sky segments.

Beyond being a flashy journey, Sydney Sprint just gets so much right about travelling around Sydney and Darling Harbour. The track will feel extremely familiar to anyone who’s visited, and features so many recognisable details, from floating yachts to the rides of Luna Park, the ferries that travel to Manly, and the Opera House steps. It’s easy to get lost in this themed track – not literally – thanks to each well-placed element. It’s a wonderful track, and a great love letter to Sydney.

Do you agree with our rankings? Maybe you strongly disagree. Whatever the case, feel free to debate us over on our Twitter: @GamesHubDotCom.