Why you need General Grievous in Lego Star Wars

You should unlock General Grievous as soon as possible to dominate the game's Free Play mode.
Leah J. Williams 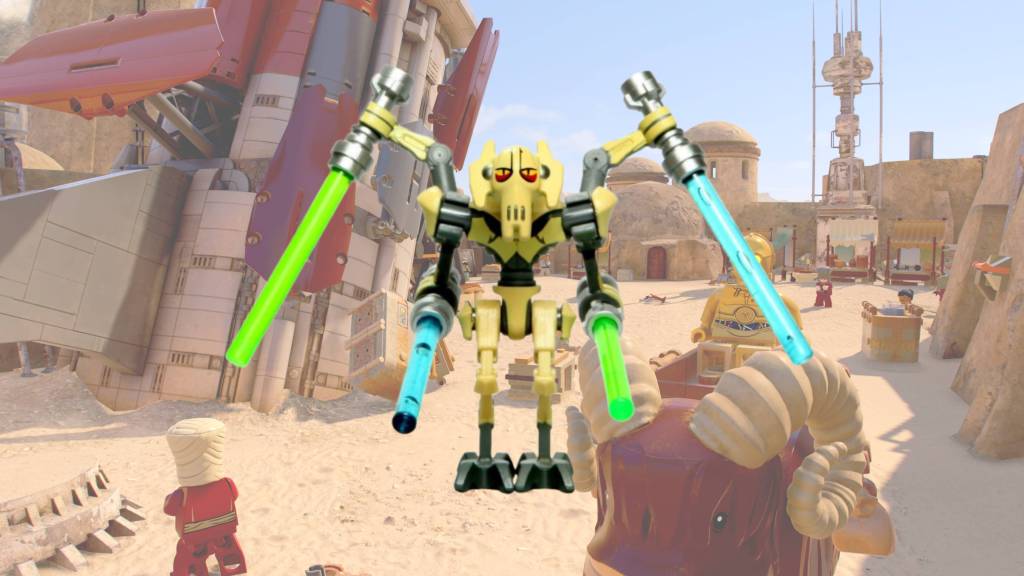 Fan-favourite Star Wars character General Grievous might just be the most overpowered character in the entirety of Lego Star Wars: The Skywalker Saga – making him absolutely essential to unlock for romping and stomping your way through the game’s Free Play mode. While Grievous can’t be used in the game’s story-based chapters, his attacks make fighting your way through enemy hordes an absolute breeze.

Combat in Lego Star Wars functions differently for every character. Jedis use the standard force push and lightsaber melee, characters like Leia and Padmé use long-range guns, and some characters barely have any defense, like C-3PO and R2-D2. But General Grievous?

His fighting style would make Devil May Cry‘s Dante proud.

In the clip above, captured by Twitter user @Celestial_Shade you can see Grievous pull off a sleek killer combo. With four lightsabers on hand, he can essentially stun a target into a closed animation cycle where they can’t fight back at all.

On the final hit of his combo, he flips an enemy around – and he can immediately enter into another combo before the character is even able to turn back, making him essentially invincible against singular fighters. This move is extremely overpowered, but also very, very satisfying.

The technique won’t work for boss fights as these are typically broken into segments that splice in button-mashing and quick-time hits, but if you’re looking to carve your way through the battlefield with ease, you absolutely need General Grievous on your Free Play team.

How to unlock General Grievous in Lego Star Wars: The Skywalker Saga

To unlock General Grievous, you’ll first have to play through the entirety of Episode I – The Phantom Menace and Episode II – Attack of the Clones. This will unlock access to Episode III – Revenge of the Sith, where General Grievous can be fought for the first time.

He appears about halfway through this episode, in a chapter titled ‘So Uncivilized’. You’ll be required to fight him as Obi-Wan Kenobi in a four-part boss fight that sees you targeting each of his deadly arms in turn.

Once you manage to defeat him, he’ll become available for purchase in the ‘Characters’ submenu. Navigate to this tab, scroll down to the ‘Villains’ category, and you’ll be able to buy General Grievous for 200,000 studs.

It’s a hefty price, but absolutely worth it for one of the best characters in the game.

Not only are his attacks deadly, he’s also a lot of fun to play. He should help you carve out your path to victory as you conquer all of the challenges found in Lego Star Wars: The Skywalker Saga.