New details have revealed a 500+ hour playtime for Dying Light 2. No game needs to be that long.
Leah J. Williams 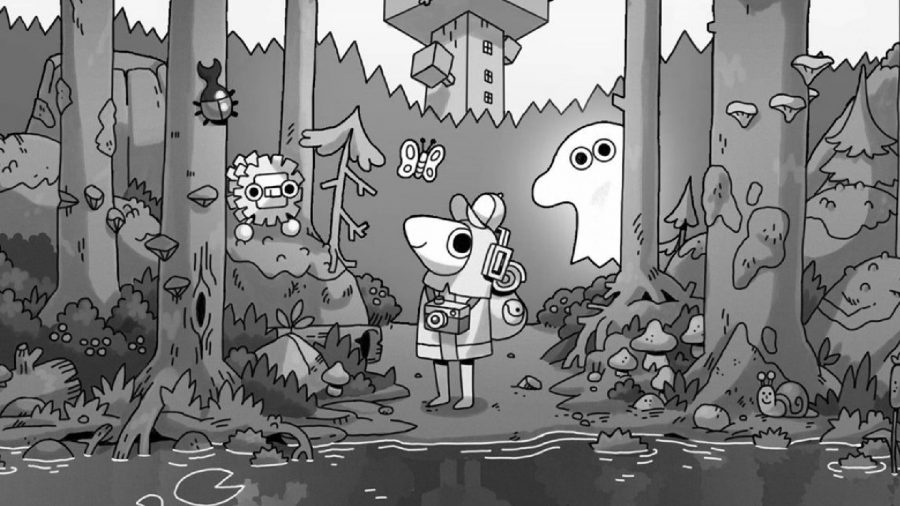 Image: Toem / Something We Made

Life is short. Unbearably short. There’s so much to do, and time seems to run faster every year. There’s always more over the horizon, and an endless barrage of complications you rarely see coming. The work you thought was done comes back. Deadlines creep up. The nine-to-five gets longer, and your car always seems to need servicing. Time just keeps slipping through your fingers.

But then a game comes along. It looks fun. There’s zombies and mayhem, and four-player co-op you can tackle with your mates. Something to break up the strange, hamster wheel cycle you’re on. It’s Dying Light 2, and it comes with a major catch: you’ll need to set aside a whopping 500 hours to fully complete the game.

‘Almost as long as it would take to walk from Warsaw to Madrid’, developer Techland announced proudly in a tweet.

500 hours. While you can reportedly complete the game in under 100 hours, it’s a staggering figure regardless of how much you’re willing to put into the game. 500 hours. That’s an around-the-world trip. You could learn painting, or pottery. You could watch every episode of anime Naruto, Naruto Shippuden and Boruto put together, and still have time to leftover. You could almost tack on all of One Piece as well, if you like.

Now, putting hours into a video game shouldn’t be measured in time lost. Video games are for fun. They’re great for escapism. Sometimes, they’re for battling massive hordes of zombies. It’s the intangibility of joy and relaxation that they should be measured by – but there’s no denying that 500 hours is a lot of time to spend on any game.

Admittedly, there are games I’ve spent hundreds of hours on. My Animal Crossing: New Horizons save file is just past the 200-hour mark. They were joyful hours filled with planting flowers, catching fish, and visiting friends. The Witcher 3 doesn’t track your play hours, but I suspect it exists in a similar realm.

But though I’ve done it in the past, I’d trade every hundred-hour game in the world for a simple six-hour journey.

Six hours or less is the perfect game length

Debate has often raged about what the ‘perfect’ game length is. The arguments seem to revolve around the following factors: enjoyment, narrative, characters and experience. Is this game long enough to engage you in its world, to illuminate its characters, and to provide you with lasting memories?

In six hours, a video game can do a lot.

Take A Short Hike. This two-hour adventure has it all: a sharp narrative, a fun main character, cute dialogue, and incredibly slick gameplay. In its two hours, you’ll be taken on a sweeping journey through pixelated forests and oceans as you complete small tasks, explore more of the local mountain region, and get to know about the hopes and worries of bird protagonist Claire.

It’s been two years since I played A Short Hike. I’m still thinking about the game. About the smoothness of its flight. The hand-picked colour palette. Every tiny, gorgeous creature I spoke to on my journey, and how freeing the game really was.

It’s the same way I feel about Toem, the 2021 photo-taking simulator which took me just five hours to fully complete.

Five short hours was brimming with life. With loveable characters, and a wholesome tale. Toem is a coming-of-age story with brilliant, smooth photography mechanics, and one that ties up loose ends with a gleaming finale. As you travel through a number of secluded locales, you’ll find strange residents, quirky stories, and plenty of secrets around hidden corners.

Toem‘s short run time is part of its appeal, and why the game is so impactful. I played it over a week, diving into its bite-sized world whenever I needed a pick-me-up. It was short enough that I never forgot where I was, and there was never a pressure to grind or run to the end.

Will you remember the intricacies of a 500-hour game? There are some that will certainly relish the opportunity to run and gun, and keep running, and keep gunning – but the reality is there’s no way to make a 500-hour game sing consistently. Filler content and a long grind for progression are a natural consequence of a game that stretches itself so long.

In the world of six-hour games, there’s no room for grinding.

Night in the Woods is another example of a game with a tight, impactful runtime. While it may exceed six hours if you explore every nook and cranny, the average run will give you everything you need in a perfect video game: a dense narrative, loveable characters, and a message that’ll stay with you long after you play.

Like Toem, it’s a coming-of-age story. It explores topics of gentrification and failure, and the notion that real life might be far stranger, and yet more normal, than you imagine. Every locale has a purpose, every mini-game brings you closer to your furry friends.

It takes just a short six hours for Night in the Woods to make you fall in love, cry, and learn from your own mistakes. As a young adult looking to make my way in the world, it was a formative game. One that spoke to my anxieties about entering the workforce, and becoming a ‘functioning’ member of society.

Six hours, and it changed the way I thought about my life.

Six hours is all many of us have

The reality of getting older is never made clearer than when I sit down to play games. If I’m on the wrong chair, my back hurts. After a few hours, my eyes start to strain – and that’s when I even have time to spend. The older you get, the faster time slips away. The faster your attention wanes.

The vast majority of adults no longer have hundreds of hours to spend on games.

It’s a reality many of us are avoiding, but it’s a truth that’s hard to deny.

With so much going on, so much noise, it’s the shorter games that are more likely to hook your attention. The bolder, more creative experiences. Tight, well-written narratives. The games that respect your ever-shortening time.

I’m old enough now to admit a 500-hour game is no longer for me, if it ever was. Toem. Night in the Woods. A Short Hike. These are the games that have stuck with me longest, despite being the games I’ve spent the least time playing.

While ‘value for money’ arguments continue to promote the idea that ‘more game’ is better than less, the reality is shorter video games often do more with far less. As life gets busier and weirder, they’re the perfect salve to the confusion, speed and terror of the real world.