With Far Cry 6, Ubisoft admits to politics in its videogames. Why is that notable?

Ubisoft has had a history of saying that its politically-informed game worlds are not political. What's changed?
Chris Button 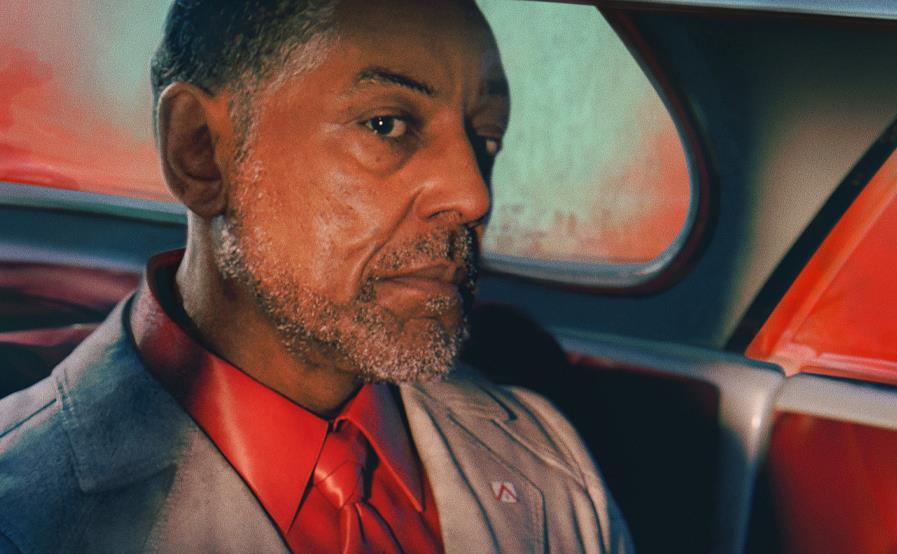 Just days after denying that the upcoming Ubisoft game Far Cry 6 was making a political statement with its Cuban-inspired guerilla warfare setting, the French company has issued a statement acknowledging the game is, in fact, political.

Developed by Ubisoft Toronto, Far Cry 6 is the latest entry in the long-running open-world shooter series which dates back to 2004. Over the weekend, Ubisoft released a new video revealing footage from Far Cry 6, showcasing the videogame’s setting, cast of characters, and combat. Starring the likeness and voice of prominent actor Giancarlo Esposito (Breaking Bad, Better Call Saul) as the dictator-like figure Antón Castillo, Far Cry 6 places you in the fictionalised Carribean location of Yara, with the goal to spark a revolution and overthrow Castillo’s oppressive regime.

Following the gameplay video, news site TheGamer published an interview with Far Cry 6 Narrative Director Navid Khavari, revealing the Ubisoft Toronto team spoke with guerilla fighters from the 1950s and 1960s as inspiration, without wanting to make a direct political statement about a specific conflict. This was largely interpreted as Ubisoft taking yet another apolitical stance despite its games’ politically-charged settings, leading to the company taking the surprising step of addressing the claims in a blog post titled ‘The Politics of Far Cry 6’.

‘Our story is political’ the open letter from Khavari begins, addressing the elephant in the room before elaborating on his team’s creative process. While it’s difficult to assess Far Cry 6’s themes and messages before it releases, one could be forgiven for being sceptical considering the publisher’s track record.

After all, Ubisoft has a history of not acknowledging overt political themes in its videogames, despite the clear connotations.

In recent years, Ubisoft executives and developers alike have delivered carefully crafted interview responses to placate potential consumers across the political spectrum. They’ve done this with such frequency to the point of parody, providing an easy target for satire.

2018’s Far Cry 5 – on which Khavari also served as Narrative Director – copped flak for not really saying anything of substance, despite clear references to Trump’s America and a central conflict revolving around a Christian-informed militia group. Additionally, Tom Clancy’s The Division 2, a game featuring a civil war among the ruins of the White House, was ‘absolutely not’ considered a political game by its Creative Director Terry Spier in an excruciatingly sanitised interview with Polygon. Meanwhile, Ubisoft CEO Yves Guillemot told The Guardian ‘we do not want to tell players what to think’ in regards to presenting political themes while presenting a thin veneer of impartiality. Not long after, Alf Condelius, the Chief Operating Officer for The Division development studio Ubisoft Massive, blatantly said the company ‘cannot be openly political in our games’, citing that daring to take a stance is ‘bad for business’.

Tom Clancy’s The Division 2, a game featuring a civil war among the ruins of the White House, was ‘absolutely not’ considered a political game by its Creative Director

A shift in presenting political themes in Ubisoft’s videogames is shifting, however. Watch Dogs Legion, the third in the Watch Dogs series–arguably Ubisoft’s most politically explicit franchise through its exploration of big data and surveillance–used a Brexit-like setting to further explore the issues of policing through technology. Watch Dogs Legion Creative Director Clint Hocking told IGN game developers have a ‘responsibility’ to create media that means something to audiences. Whether Far Cry 6 will say anything meaningful remains to be seen, but Ubisoft’s open letter appears to be far more genuine than efforts to hose down deep commentary in recent years.

Of *course* games are political

Videogames have a deeply political history. In fact, massively multiplayer online role-playing games (MMORPG) were born from undeniably political origins. English author and journalist Simon Parkin revealed in his 2015 book Death by Video Game that Multi-User Dungeon–commonly known as MUD – was a direct response to the state of the world in the 1970s. UK programmers Richard Bartle and Roy Trubshaw wanted to create a game where everyone was equal.

‘We thought the real world sucked,’ Bartle said. ‘…We wanted to make a world that was better than [one with class discrimination]. [MUD] was a political endeavour right from the start, as well as an artistic one.’

MUD was highly influential for future MMOs and RPGs, allowing everyone to play on an even field, with equal opportunity to grow in power and status together.

Closer to the current era, Bethesda leant heavily into the social commentary surrounding Wolfenstein II: The New Colossus, a 2017 shooter developed by MachineGames about taking back a Nazi-occupied America. Although Wolfenstein II’s story wasn’t directly informed by the events of the time, it did overtly lampoon white supremacists–and progressive publications who gave them column inches–while the social media marketing left no room for empty both-sides platitudes.

Returning to Far Cry 6 and Khavari’s open letter, several concerns remain about the specific wording used. One sentence references Ubisoft Toronto’s inspirations ‘which include Cuba, but also other countries that have experienced political revolutions in their histories’ but only one nation is named. Also, the Far Cry franchise has almost always been set in distinctly non-white locales, which also extends to many other Ubisoft games. Representation and diversity is great: not so much when the bulk of it fixates on conflict to serve as set-dressing for entertainment–just ask the Bolivian government after Ubisoft’s Ghost Recon Wildlands served as yet another media depiction of South American drug conflict. In interviews about Far Cry 6, Khavari keeps referring to ‘guerilla fantasy’, as if the pain and suffering of others exists simply for entertainment.

The final sentence of the statement arguably slips back into the old Ubisoft talking points, with Khavari hoping people ‘let the story speak for itself first before forming hard opinions on its political reflections’. A loose translation might be: ‘we hope what we’ve made doesn’t conflict with your personal ideologies so you still purchase our game and make the company money’.

If you’re going to mine other cultures’ historical conflicts for storytelling, be unafraid to say something that counts.