The Wiiwaa plush was designed to be fully interactive, with the Wii Remote sliding inside the toy.
Leah J. Williams 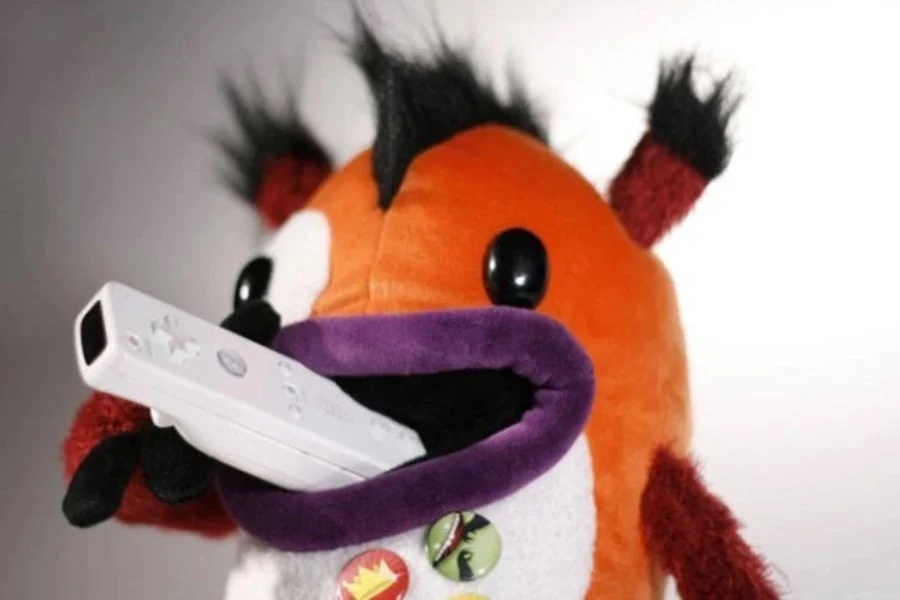 The early days of the Nintendo Wii were extremely experimental, with developers playing around with weird and wonderful accessories. Some of these were successful, like the fitness-focussed Wii Balance Board, while others faded into obscurity – like the ‘WiiWaa’, an interactive plush toy designed by Zoink Games.

This plush was designed to ‘eat’ the Nintendo Wii Remote, with players subsequently able to take part in specially designed gameplay by pulling the toy’s ears, shaking it, or moving it around. But while the concept showed promise – it was also used for Babysitting Mama, which featured a baby plush – it appears this toy was cancelled before it could hit the market.

A new video from DidYouKnowGaming? helmed by games historian Liam Robertson has gone deep into the history of the WiiWaa, and why it was eventually shelved. While it’s a niche part of Nintendo Wii history, the video is fascinating, and features insight from Zoink Games founder Klaus Lyngeled, as well as actual gameplay.

While only in the alpha stage, early gameplay showed off how the WiiWaa could bounce around and be thrown through various levels of the game, with real life actions impacting how far and fast the WiiWaa could travel. Bouncing the toy would also allow the in-game WiiWaa character to bounce, creating a synergy between gameplay and real life.

Development looked promising – and was actually completed – but plans for the game ultimately fell through as the prospective distributor dropped the title, and the popularity of third party games on the Nintendo Wii waned. Pitching alternate companies to keep the game going reportedly failed, leading to the idea crumbling.

It didn’t help that the first version of advertising for the game depicted a young child shoving a Wii Remote up the WiiWaa’s backside, leading to derisive comments from press and the public.

You can check out the video charting the history of WiiWaa below:

While the game eventually lived on as WeeWaa: Rock On, a mobile title that recycled the art assets of the cancelled Nintendo Wii title, it’s fascinating to see exactly what could’ve been. While the Wii Remote-controlled gameplay is fairly unpolished in this look at the game, the video shows off great potential that sadly went unrealised.