What can SA’s Video Game Development Rebate do for local developers?

The SA Video Game Development Rebate, the first of its kind in Australia, is now available to SA devs. What can a rebate like this actually achieve?
Jini Maxwell 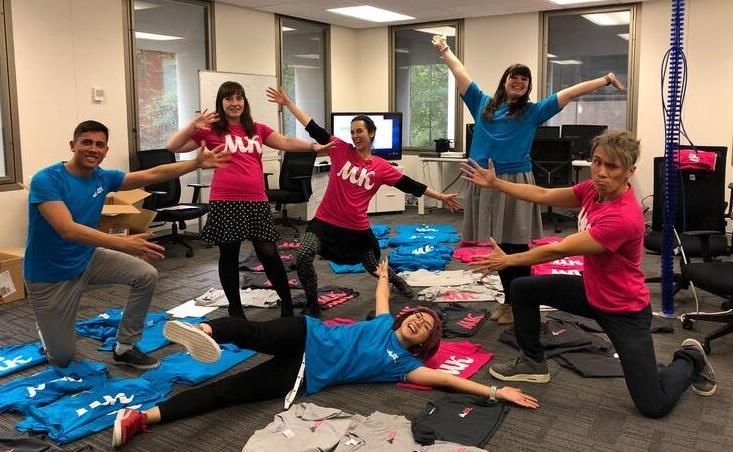 On 29 September, the South Australian Film Corporation implemented a tax rebate for game development, the first of its kind in Australia.

The South Australian Video Game Development Rebate (SA VGD Rebate) is modelled on the PDV rebate for Post-Production, Digital and Visual Effects, which was extended across the SA screen sector in 2018. It will allow videogame development projects that have spent $250,000 on development in South Australia to recoup 10% on eligible costs incurred. The rebate is available throughout the development process, and not just after the release of a game.

The biggest difference in the VGD rebate, which was developed from the framework of the PDV offset, is that it is designed to accommodate ongoing production models, which are rare in non-interactive screen development. Rather than being developed as single, stable projects for a final release, like a film or television show, Vee Pendergrast, who consulted on the implementation of the rebate, explains: ‘many games have updates, downloadable content patches, additional content for purchase and ongoing updates, and the VGD rebate had to reflect that reality.’

The rebate has largely been met positively by the game development industry, with SA studio Mighty Kingdom’s CEO Philip Mayes offering: ‘This nation-leading Video Game Development Rebate will provide certainty in investment in video games in the state, and we expect to see industry growth, jobs and some awesome games being made by South Australia’s talented game developers.’

Peak industry body IGEA have long pushed for a federal tax offset for game development, and celebrated this decision by SA’s Marshall government:

Congrats to @DavidPisoniMP & the SA Govt for recognising & supporting the potential of the video games sector & the ability to create employment & export opportunities. We’d love to see the same from our Federal colleagues @PaulFletcherMP @Birmo https://t.co/T2MdhSg3tY

Pendergrast believes that as well as encouraging international companies to set up studios in the state, the SA VGD Rebate will help support local studios in stabilising, and scaling up, as staff costs are an eligible expense for the rebate.
She added: ‘I also see some of it being reinvested in existing staff. I think it encourages up-skilling and training for specific projects, which is a win for businesses, the industry in terms of local capability and the developers in their personal careers.’

She echoes a concern that Screenhub heard from League of Geeks lead producer Lisy Kane earlier this year: due in part to the lack of enticing job and networking opportunities, it’s difficult to recruit expert talent in Australian game development. Pendergrast believes that encouraging larger businesses to set up in SA will create jobs for graduates, as well as creating more roles for local developers to grow into: ‘it can help mature the local hiring environment, as well as boosting a young developer’s career significantly.’

READ MORE: Where do all of Australia’s senior game developers go?

Proposed tax offsets and rebates for game development have sometimes drawn criticism for focussing too heavily on attracting international investment, and only directing support towards commercial development from larger studios, which is not wholly representative of the needs or aims of Australian game developers.
In 2019, academic Brendan Keogh put forward research that showed that Australian game development is a large and complex field of practice. In his paper ‘The Cultural Field of Video Game Production in Australia,’ he makes the case that many people making games don’t fit into a typical commercial studio model. Many work on small budgets, as freelancers, on their own, or to artistic and non-commercial ends. For many of these, including small commercial studios, the $250k minimum spend will exclude them from the rebate.

10% rebate on dev costs over 250K in SA. Great stuff for potentially attracting large overseas companies. Practically unobtainable by almost any Oz-owned game dev studio. Not a silver bullet but one aspect of the broader ecology needed for sustainabilityhttps://t.co/JenywTgbXQ

Pendergrast believes that game development rebates like this one can reduce the risk of new business ventures, and stabilise existing studios. This would help move Australia’s game development culture towards a model where developers have the freedom to move between experimental and independent development, and more stable studio roles, as it suits their creative, financial, and personal interests.

She sees these disparate forms of development practice as interdependent, and mutually beneficial: ‘Ideally, we would like to see a combination of indie game development sitting side-by-side with larger studios, serious games and art games pushing the boundaries of what’s possible in the medium.’
She added, ‘I think working towards that model would provide the most stability for game developers, in a world where there’s no such thing as a “job for life” anymore.’

‘When the GFC hit, it was indies who became the stalwart of the Australian game industry.’

What’s next for Australian games?

The SA VGD Rebate is a landmark decision; Pendergrast sees it as one crucial part of a more complex network of support for local game development. She hopes to see the implementation of the 30% Federal game development offset that was recommended by a Joint Committee on Trade and Investment Growth alongside SA’s Rebate. She is also quick to point out that while game developers in Victoria, Queensland, South Australia and Tasmania have access to permanent funding programs for games, this is not the case in New South Wales, Western Australia, the Australian Capital Territory, and the Northern Territory.

She argues that the industry, and Australian arts overall, would benefit if games with artistic, experimental, and cultural impact were better supported through arts sector grants: ‘Art games, where commercial success isn’t what’s at stake, can give developers the space to learn, experiment, and work in new, innovative ways.’ As well as being valuable cultural artefacts in themselves, these experimentations have knock-on effects throughout individual developer’s careers, as well as enriching the game development field, and the arts sector as a whole.

Even on a purely an economic level, she argues that the best investment in Australian games is in the financial and educational support of emerging Australian-owned studios and early-career developers. She points to the resilience and agility of these small businesses in the face of monumental changes to the industry. She says: ‘When the GFC hit, it was indies who became the stalwart of the Australian game industry. They create local jobs, IP, and help make our domestic economy a healthier place.’
‘Many studios I am in awe of started with a well-positioned grant,’ she added, ‘I would like to see more young devs get that opportunity.’

The full guidelines for the SA VGD Rebate are available through the South Australian Film Corporation.