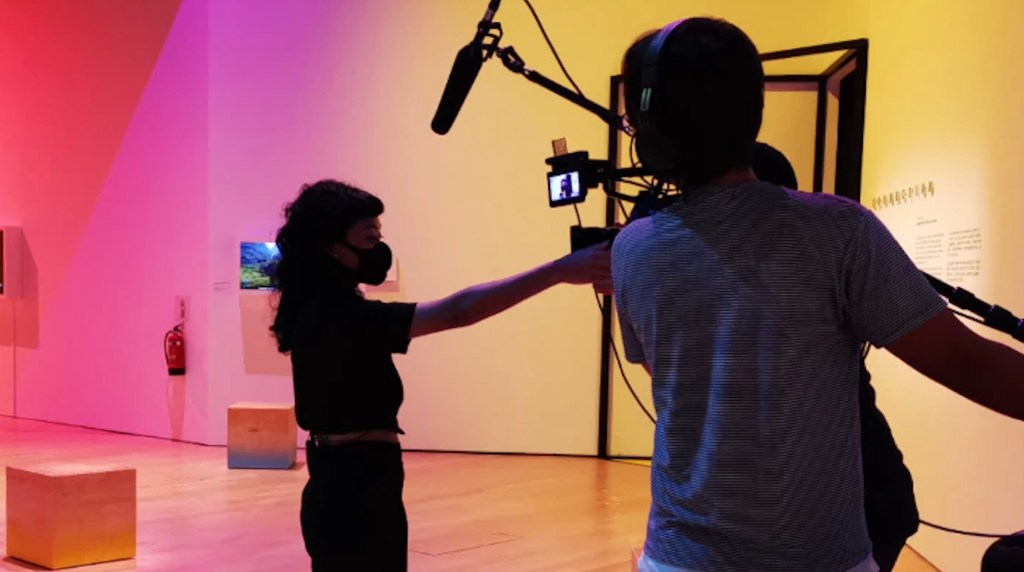 A new video game-themed exhibit, called Virtual Realms, is set to land in the Western Australian Museum Boola Bardip on 26 March 2022, with the experience designed to showcase the potential for digital creativity and imagination in a virtual world. The exhibit, which was initially curated by the Barbican Centre in London with aid from game designer Tetsuya Mizuguchi (Child of Eden, Lumines, Tetris Effect), will enjoy a two month run in Perth before moving on.

Virtual Realms pairs six acclaimed video game developers with six media design studios to ‘create a series of large-scale experimental spaces’. These spaces can be explored by museum patrons, with each of the six realms revolving around a particular theme or aesthetic.

As described by Destination Perth, some realms are designed to be ‘playful adventures’, while others will send guests into ‘uncharted worlds’ or ‘meditative reflections’ on real life.

The ‘Enhance and Rhizomatiks’ realm will transport museumgoers into a new dimension where sounds can be seen and felt. The ‘Everything’ realm will explore how video games can generate massive, endless universes. The ‘Play’ realm will send players on a trip through a three-act play via Media Molecule’s Dreams.

‘Connection’ is a surreal biological realm generated by Kojima Productions and The Mill where you’ll interact with strange signs of life, and galactic energy particles.

The ‘Narrative’ realm will explore the notion of an infinite story with no beginning or end, and the ‘Unity’ realm will illuminate the intertwined nature of light, movement and sound.

‘As technology advances at an ever-increasing pace, it’s easy to become overwhelmed with the complexity of it all. Virtual Realms combines art, science, technology and narrative to put our world into a context that can be experienced,’ Michelle Sandford, ambassador for Virtual Realms said of the exhibit.

The Virtual Realms exhibit lands in the WA Museum Boola Bardip on 26 March 2022 and will run until 22 May 2022. Tickets are available online, and you can find out more about the show at the WA Museum hub.