The latest title from Witch Beam appears to star a pink blob on a grand adventure.
Leah J. Williams 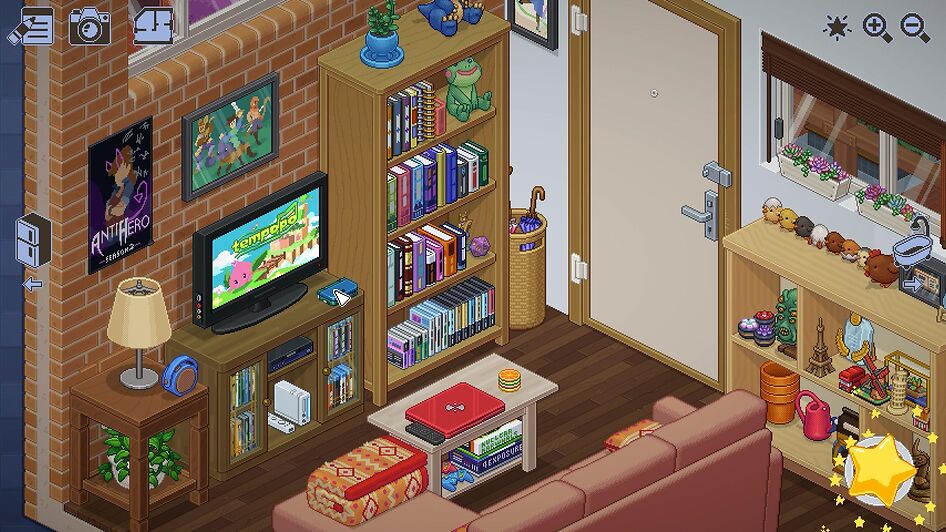 When Unpacking developer Sanatana Mishra tweeted out that ‘a pixel art rendition’ of the key art for the next Witch Beam game was hiding in the award-winning title, he didn’t expect the simple tweet to kick off a grand easter egg hunt – but now that it’s over, we know a little bit more about what Australian studio Witch Beam is currently developing.

‘It was really thrilling to see people get so excited over the easter egg hunt,’ Mishra told GamesHub of the wild hunt. ‘It certainly wasn’t something I expected when I tweeted about it a while back. We put a bunch of game images into Unpacking and were working on the key art for Tempopo at the time, so it was just a lucky fun timing to add a little secret.’

The image of the game was finally discovered by player xGarbett, who posted the reveal on Twitter. Mishra later confirmed the discovery, replying: ‘Nice one :)’ to the initial tweet.

The key art doesn’t spoil too much about the upcoming game, but it does give a sense of the aesthetic and direction of the title. It appears Tempopo will follow a pink flower bud on some sort of journey through nature, with a bridge and high cliffs rendered in the art.

There are also a few clues hiding in the newly-revealed logo for the game – which includes a beamed musical note over the ‘Os’. According to Mishra’s Twitter bio, he’s currently working on ‘a puzzle game about rescuing musical flowers’ with others at Witch Beam – a clue that aligns directly with the new logo.

While Witch Beam hasn’t officially announced Tempopo, it’s fair to assume this is the ‘musical flower’ game the team is currently working on. As a follow-up to Unpacking, the title certainly has some weight of expectation on it, although with its cute art and intriguing gameplay hook, it should play into the strengths of the studio.

You can expect to hear more about Tempopo in the coming months as work on the mystery title continues.