The Sims 4 is about to get bright and colourful, according to a new leak.
Leah J. Williams 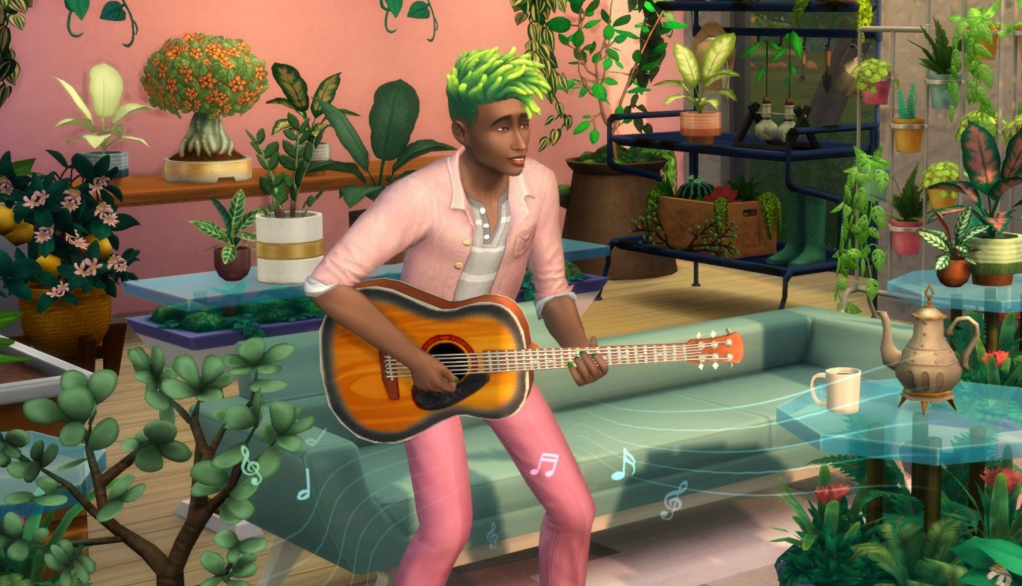 In September, EA announced a fresh roadmap for The Sims 4 which included mystery kits and customisation options coming to the game over the next few months. One of these, which promised players the ability to create a ‘modern sanctuary’, recently leaked via the Xbox store.

Twitter user @ALumia_Italia was the first to spot the leak, posting a fresh screenshot of the upcoming Blooming Rooms Kit alongside an Xbox release date of November 9.

While the tweet didn’t expand on details, the image showed off a range of decorative plant ornaments and other items previously unseen in The Sims 4.

You can see a variety of fresh new pot plants in it, including a hedgehog-themed one, and mini bushes and hanging plants with a range of colourful flowers and leaves. It should help freshen up any space in your Sims’ living space and create that perfect ‘modern sanctuary’ EA teased earlier in the year.

The Xbox store also previously leaked the Courtyard Oasis Kit for The Sims 4, so it does appear there’s precedence for Xbox being a bit too quick on the trigger.

While you wait for Blooming Rooms to release, you can also sit back and dive in with the game’s new ‘Scenarios’ update, which is set to launch in the first week of November.

This is a fresh new spin on aspirations, a mechanic which allows you to set goals for your Sims and play a game within certain ‘scenario’ boundaries.

These include starting the game with no money in a ‘Rags to Riches’ story, or achieving the goal of finding happiness after a terrible, traumatising breakup.

If you’re somebody who struggles to find things to ‘do’ with The Sims 4, these quest-based plots may be the feature that reels you back in, just in time for some eco-themed goodness.

Whether you’re a fan of plants, or you just want to experience The Sims in a fresh new way, there’s plenty of content on the way for the game. Keep an eye on the EA socials for more news about Blooming Rooms and when the Scenarios update officially goes live.

Update 3:15 p.m. AEDT 3/11: EA has now confirmed the Blooming Rooms Kit is real with a fresh new look at items and features coming soon to the game.