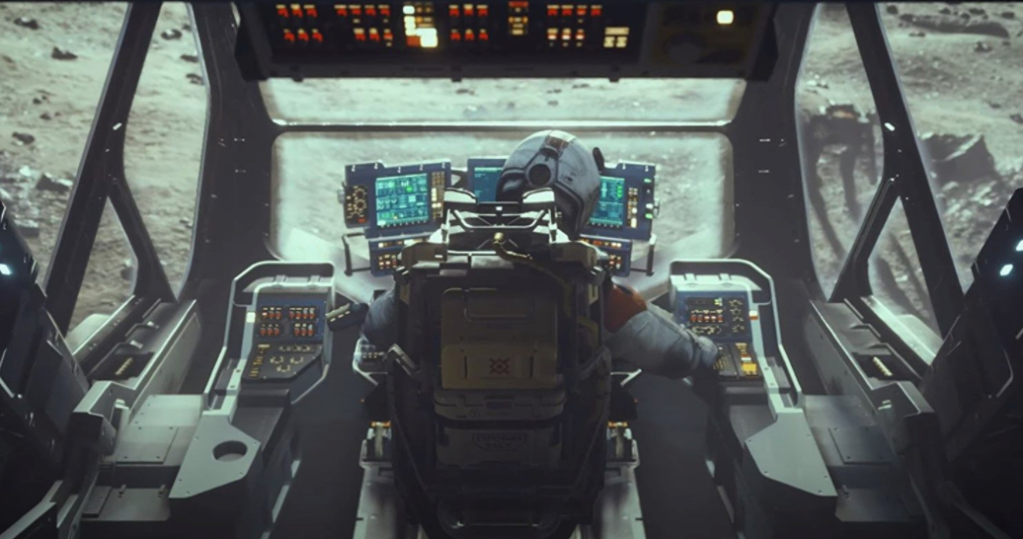 In a new developer diary, Bethesda has expanded on the world of upcoming sci-fi adventure Starfield, and spoken about how the game’s exploration will evoke feelings of awe and wonder and players discover bright new worlds that build on the Bethesda existing formula.

‘Coming to Starfield, everybody’s starting over and saying, “What would you want to do? What does going to space mean to you?” And everybody comes back with the same [answer]: I want to see what’s out there,” Howard said in the dev diary.

While art director Matt Carofano said the game was more ‘grounded’, ‘realistic’ and ‘science-based’ than past Bethesda games like Skyrim, he made clear that this more grounded setting allows for a greater sense of exploration, and a ‘different take’ to what’s come before.

‘The mechanics of the world are entirely different, but there are similarities,’ explained Howard. He noted the similarities included the ability to play in first person, being able to touch everything, watching the sun set and night arrive, and being able to sit and watch the world go by.

‘[It] seems like it’s not gameplay, but it is vital to how you feel through the rest of it,’ Howard said.

He also made reference to the game being more of a ‘universe’ and ‘not just a game’, and confirmed players would get their key ‘step out’ moment, comparing moments in the game to exiting Fallout‘s iconic vaults and seeing the vast world in front of you for the first time.

In addition to fresh glimpses at the world of the game, the new Endless Pursuit diary also revealed a swathe of new concept art for the game, showing off dense cities, star ports, space travel and even quiet moments between the game’s characters.

You can check out some of the fresh shots below:

Taken together, the images suggest stunning sci-fi world filled with bright colours, gorgeous landscapes, and cities that immediately spark curiosity. There’s detail hiding in every artwork, and plenty to pour over and speculate on as we head towards the game’s release.

When Starfield launches for Xbox Series X/S and PC on 11 November 2022, it should hopefully be a glorious sight to behold.