Everything you need to know about Skate 4, sorry, I mean ‘Skate’

The new Skate game from EA is in active development, with studio Full Circle being very transparent about the game's progress and direction.
Edmond Tran 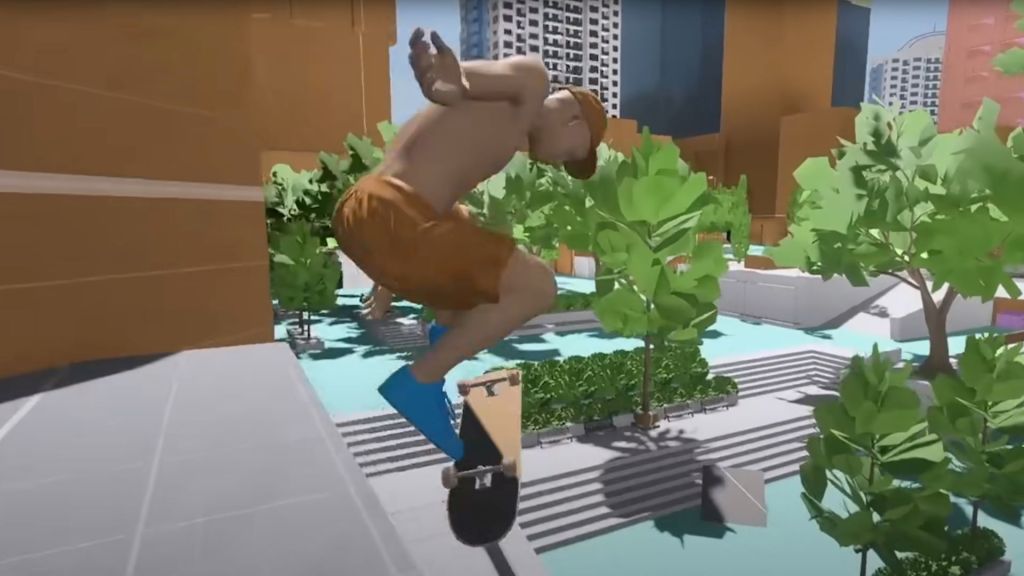 In the era when Tony Hawk’s Pro Skater was at its peak, Skate from Electronic Arts (EA) offered a more grounded, realistic alternative to the sport and its culture. After Skate 3 in 2010, the series took a long hiatus, resulting in a very vocal fanbase petitioning for a new entry for modern platforms. In 2020, EA finally confirmed that a new Skate was in development. Instead of being called Skate 4, however, the game is essentially reimagining the series as a live-service game, and it’s simply being called Skate once more.

While the full release of the game is some time away, newly-formed studio Full Circle is attempting to be as forthcoming with information as they can, and making the whole development process as transparent as possible. Here’s what we know about Skate 4 – sorry, Skate – so far.

Skate will be free-to-play with microtransactions

EA will launch Skate will launch as a free-to-play title, and it will include microtransactions at launch.

Full Circle has said that the game’s microtransactions will be focused solely on cosmetics for your skater, as well as convenient time-saving options. New maps will remain free and open to everyone, and there will be no loot boxes or ‘pay-to-win’ mechanics.

Full Circle have said that Skate will take cues from the free-to-play model of games like Apex Legends.

Skate will feature cross-play and cross-progression

In a video update, Full Circle confirmed that in addition to being free-to-play, Skate would feature cross-play and cross-progression between PlayStation and Xbox consoles as well as PC – including cross-generational functionality between the PS4, Xbox One, PS5, and Xbox Series X/S.

There will be a mobile version of Skate

Though Full Circle mentioned that a mobile version of Skate was still in early development, this version is also planned to have cross-play and cross-progression functionality with the PC and console versions of the game.

Skate will have 60-player multiplayer

Part of Skate’s appeal has been its attempts to replicate the communal element of skateboarding – hanging out with friends, taking turns to set each other unique challenges, encouraging each other to do interesting things, or having a friendly head-to-head competition.

Skate will feature the ability to have up to 60 players occupy the same game instance, resulting in what will hopefully contribute to a lively, playground feel.

You can create and play on custom parks and maps

Full Circle detailed ‘CollaboZones’, which are areas that allow you to create your own outrageous skate park and share it with other players.

The developer commentated that in the early playtesting, this is a feature many players gravitated towards.

Skate will be playable in early access to select players

In an attempt to include the community in the development process, Skate has launched an insider playtesting program, which will allow particularly keen players to play in-development builds of Skate in order to provide feedback.

They’ve stressed that the game will not necessarily look pretty – the term they’ve coined is ‘pre-pre-pre-alpha’. The team released videos of some of these builds, which feature untextured players and levels – but what will be there are the core skating mechanics, maps, multiplayer functionality, and potentially more.

This kind of early public access is largely unheard of in the industry. You can sign up to be an insider playtester on the Skate website.

Skate will be set in a new city: San Vansterdam

Where there was some speculation about reviving the existing worlds from previous Skate games, Full Circle have confirmed that they are a building a completely new world from the ground up to the new game. Of course, it will be geared towards including plenty of skate parks and urban architecture to toy around with.

Full Circle is made up of original Skate developers

While Full Circle is a new studio – one formed during the pandemic, and is largely made up of remote works across North America – it does feature a few key figures who created and developed the original Skate series.

The key figures who have been publicised are Chris ‘Cuz’ Parry, who served as a producer on all previous Skate games, and Deran Chung, a longtime cinematics and video producer at EA who serves as creative director on Skate.

Full Circle have emphasised that the new Skate game should be referred to as just ‘Skate‘ – not Skate 4 – since the team’s ambition is not to create more sequels but to release Skate and continue iterating on it and supporting it for years to come as an evolving, free-to-play live service game.

When does Skate release?

Full Circle have not committed to a release date just yet, and have gone out of their way to emphasise the work-in-progress nature of the game so far. ‘When it’s ready’ is the official statement, though insider playtesting will continue.