Everything announced during the Silent Hill Transmission

Konami has been steadily working to bulk out the iconic Silent Hill franchise, with a range of new games announced.
Leah J. Williams 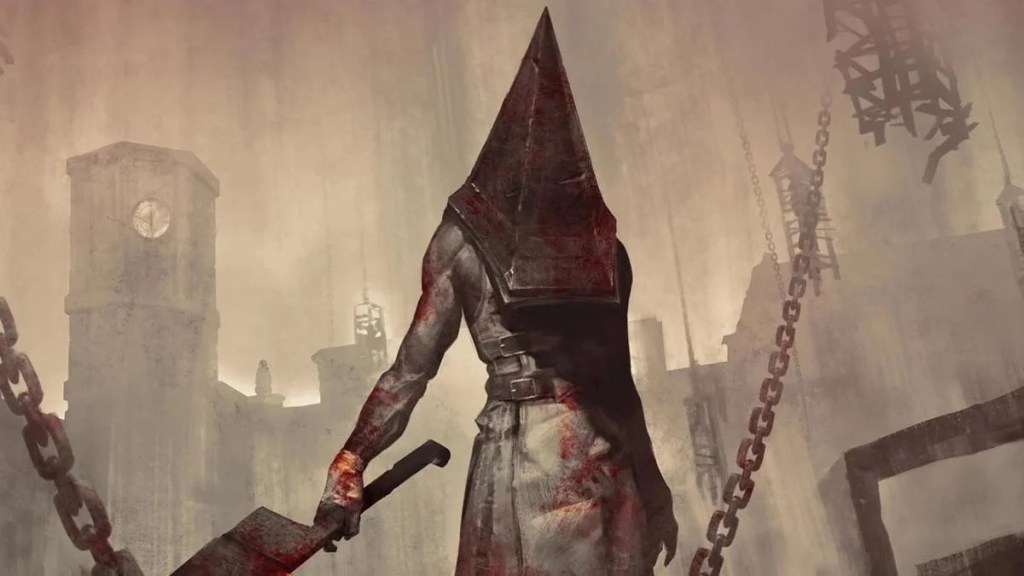 After years of begging and hoping for more, Silent Hill fans were finally treated to major news in October 2022 as Konami lifted the lid on not one, not two – but many new Silent Hill games, including fresh adventures inspired by the classics, and a fully-fledged remake of Silent Hill 2. While a significant portion of the Transmission focused on action figures and collectibles, a larger part was devoted to big game reveals that should give horror fans something to look forward to.

Here’s everything major announced during the Silent Hill Transmission.

Silent Hill 2 is getting a remake from Bloober Team

One of the most beloved Silent Hill games, Silent Hill 2, is getting a major remake that will refresh the original horror adventure for a modern audience. There’s no doubt this classic is starting to look its age – but the remake will allow its chilling tale to live on.

The game is being developed by Bloober Team (The Medium, Layers of Fear), which has become known for its specialty in skin-crawling horror tales, so this should hopefully be something special. The upcoming remake does not currently have a release date, but it was noted as coming to PlayStation 5 and Steam in future.

Silent Hill: Townfall is a bleak new journey from No Code

The next game announced was from developer No Code (Stories Untold, Observation) and Annapurna Interactive. A brief teaser revealed surreal images – a rolling beach, glitches in a screen, and a mysterious voice playing out from a radio, indicating horrible things that have come to pass.

‘I think you’re here for some other reason, and I don’t want to be anywhere near you,’ the voice announces. The trailer then cuts to static, revealing a mysterious man. Not much is known about this game, and no release date was provided.

Return to Silent Hill is a new movie in development

The new age of video game films is truly here – during the Transmission, Konami officially announced Return to Silent Hill, a new movie that will tell more tales in the iconic town. It’s being directed by Christophe Gans, who also directed the original SH movie, and it will feature Pyramid Head as the main villain.

Read: Every PlayStation game with a movie or TV adaptation in the works

The story is described as being separate from past adaptations, and will be a story for ‘today’s audiences’. It does not currently have a release date.

Ascension is an interactive, player-driven adventure

Each demon in the game is inspired by a main character’s fears, and these will stalk our heroes as they attempt to escape. It’s described as a new form of entertainment that blends interactive storytelling and community.

A brief teaser trailer for the game introduced a towering beast with a bloody sword, with texts overlaid describing the plight of each hero as they decide whether to run or fight.

The game launches in 2023, and fans can discover more about the title on its website.

The final trailer for the Transmission began with a young woman paying homage at a flower-filled shine. It then devolved, as you’d expect, into a far more terrifying scene as the woman runs through a field of blossoming flowers that attempt to grab her and hold her back.

Eventually, she is claimed by these flowers, which transform her body into a living garden.

The game is known as Silent Hill f, and is being developed by NeoBards Entertainment. No release date was provided.

You can watch the entire Silent Hill Transmission for yourself on YouTube.