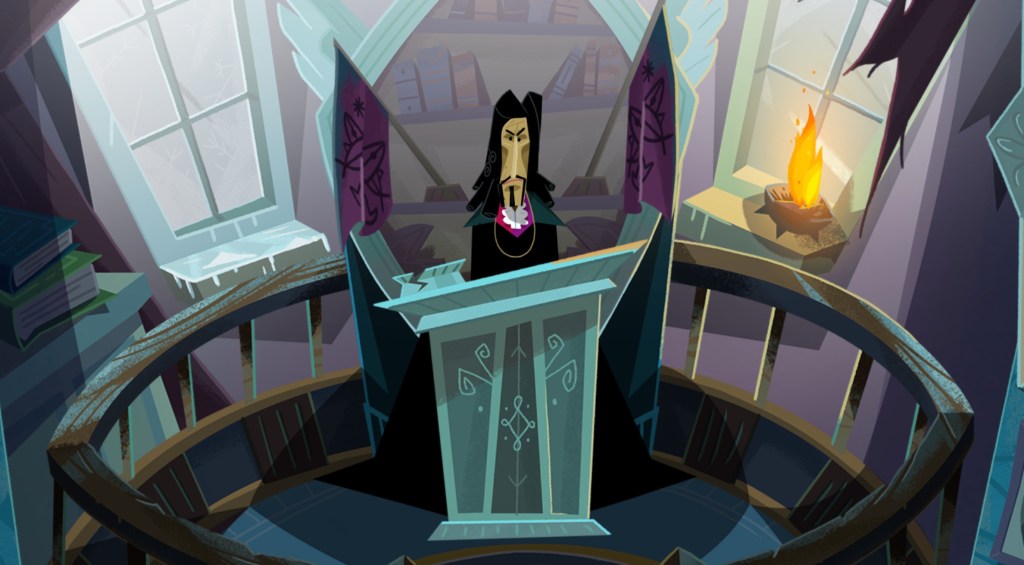 Monkey Island creator and LucasArts legend Ron Gilbert has announced he will no longer post about upcoming adventure game Return to Monkey Island due to high levels of toxicity and ‘personal attacks’ online. Gilbert has reportedly been the subject of much negativity due to so-called ‘fans’ disliking the new game’s unique, expressionist art style.

Rather than sharing reasonable opinions online, these ‘fans’ have instead taken to attacking Gilbert and expressing aggressive rudeness online. In response, Gilbert says he will shut down comments on his personal blog, and no longer speak freely about the game.

‘I’m shutting down comments. People are just being mean and I’m having to delete personal attack comments,’ he wrote. ‘It’s an amazing game and everyone on the team is very proud of it. Play it or don’t play it but don’t ruin it for everyone else. I won’t be posting anymore about the game. The joy of sharing has been driven from me.’

The decision follows months of abuse, with Gilbert speaking openly about how ‘sad’ the negative reaction to the game made him in early May. ‘It’s ironic that the people who don’t want me to make the game I want to make are some of the hard core Monkey Island fans,’ Gilbert said at the time. ‘That is what makes me sad about all the comments.’

Read: The best point & click games to play while you wait for new Monkey Island

Following a recent gameplay trailer, which showed off gorgeous new character designs and a colourful, extremely stylised world, the toxicity appears to have hit a fever pitch, with comments on Gilbert’s blog and on social media turning nasty.

Similar issues are also happening in the wider games industry, with God of War creator Cory Barlog recently calling for a stop to toxic negativity from fans eagerly awaiting the launch of God of War: Ragnarok.

‘The answer is not to find someone to blame or focus hate on,’ Barlog recently said in response to complaints of a ‘leaked’ God of War showcase that never materialised. ‘Maybe just pay it forward and treat the people that make the things we love with some human decency and respect. This is not a battle, we are not at war. We are just trying to make and enjoy things together.’

While the internet often encourages a boiling pit of aggressiveness and disappointment amplified by multiple voices, there is never an excuse for personal attacks or rudeness when it comes to video game development. We all love video games because they’re fun – and this fun should be shared online.

Toxicity only serves to alienate developers and fans, and create a cycle of anger that feeds into more anger. Creators like Gilbert and Barlog don’t deserve treatment like this, regardless of what gaming fans desire or expect to see from their upcoming projects.