Arceus and Darkrai are both being added into Pokemon Brilliant Diamond and Shining Pearl in a new update.
Leah J. Williams 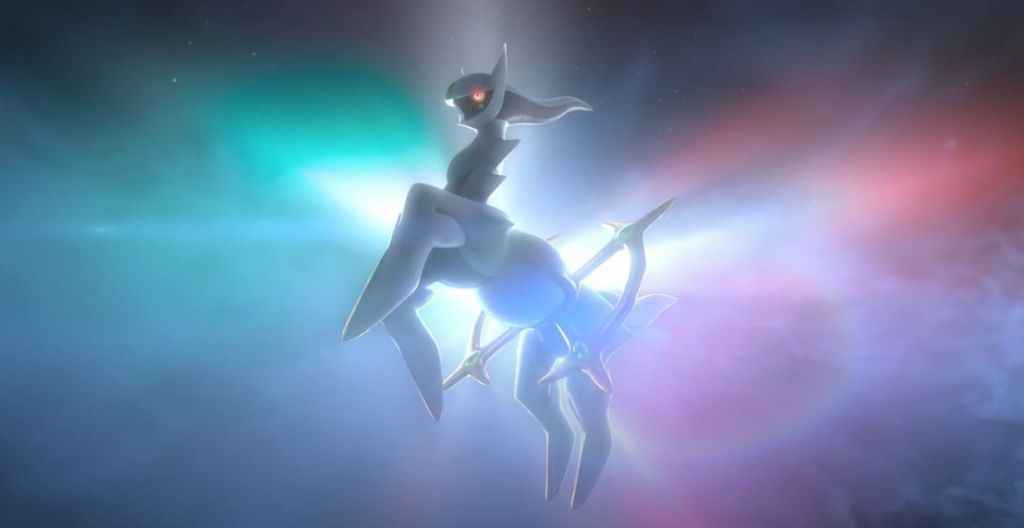 In a fresh update, Legendary Pokemon Arceus and Darkrai have been added into Pokemon Brilliant Diamond and Shining Pearl. From Wednesday, players will be able to jump into the game and capture both Pokemon via unique methods.

There is one catch, however: to nab Arceus, you’ll need a completed save file from recent hit Pokemon Legends: Arceus. You’ll also need to have completed the Elite Four in the game, and own the elusive National Pokedex.

The same goes for Darkrai.

If you haven’t completed Brilliant Diamond or Shining Pearl yet, you’ll have to wait to see both Pokemon – but as the saying goes, good things come to those who wait.

Here’s how to catch Arceus and Darkrai once you’ve downloaded the latest game updates.

How to catch Arceus in Pokemon Brilliant Diamond and Shining Pearl

As mentioned, the Elite Four will also need to be done and dusted in your playthrough, and you’ll need to have received the National Pokedex by filling out the entire Sinnoh Pokedex (seeing every Pokemon in the game, including Dialga and Palkia).

If you fulfil this criteria, head to your in-game bedroom in Twinleaf Town, where you’ll be able to grab a unique item called the Azure Flute. Once you’ve collected this, head to the Spear Pillar on Mount Coronet, and you’ll trigger an encounter with Arceus.

As with most Legendary encounters, the battle will be tough – so make sure your Pokemon are appropriately levelled, and that you have enough Ultra Balls to spare.

How to catch Darkrai in Pokemon Brilliant Diamond and Shining Pearl

Darkrai will only be available to catch in Pokemon Brilliant Diamond and Shining Pearl from April 2022, with a limited-time mystery gift being offered for loyal players.

From 1 April to 30 April, players will be able to obtain a Member Card item from the online-only Mystery Gift service. This item will allow players to meet and battle Darkrai as long as certain, strict criteria are fulfilled.

As with Arceus, players will need to have defeated the Elite Four, and received the National Pokedex – but it appears they’ll also need to have completed the Legendary Cresselia event.

Cresselia can be found on Fullmoon Island after players talk with a sick boy in a house in Canalave City. The Pokemon is fairly elusive, but you should eventually be able to find and defeat it in the wild.

Once you’ve nabbed Cresselia (or just entered it in your Pokedex) you’ll be able to visit Newmoon Island and capture Darkrai.