Papers, Please for iOS and Android set for August 5 release 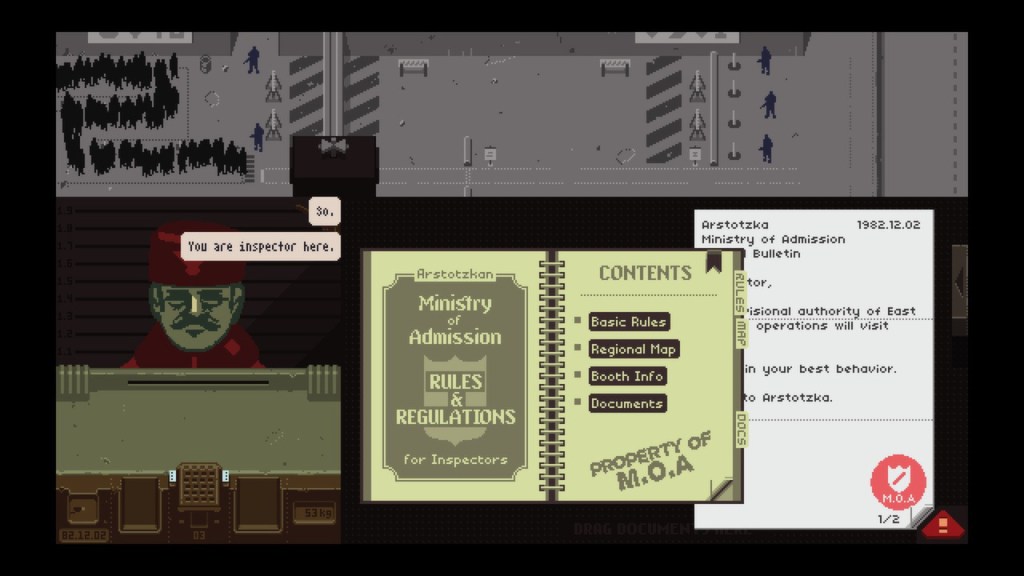 The political, border-enforcement simulation game Papers, Please has had a mobile release confirmed for 5 August 2022, 9 years since its initial release.

The game puts players in the shoes of an unnamed checkpoint inspector, along the border of Arstotzka: a fictional Soviet-inspired nation that has only recently ceased conflict with neighbouring nation Kolechia. Papers, Please sees you search, verify, print, and stamp your way through a series of increasingly complex moral conundrums, as you process the various entrants seeking to cross the border.

Lucas Pope, the creative mind behind the dystopian simulation – as well as other titles such as Return of the Obra Dinn, confirmed the game’s release date for iOS and Android earlier in July 2022.

Noting the lengthy period between the port and the initial release of Papers, Please, Pope also jokingly tweeted that a console port was slated for 2031, following his announcement.

Addressing queries from commenters, Pope confirmed that the game’s UI has been overhauled for a portrait mode, features mobile achievements, and slightly tweaks the shortcut upgrade menu and in-game timers for its adaptation to mobile devices.

Since its PC release in 2013, Papers, Please has received both the BAFTA games award for Strategy and Simulation (2014) and, more recently, the Peabody Award for Digital Storytelling (2022). The game has been available for Linux and iPad since 2014, as well as the Playstation Vita since 2017. Users that already own the iPad version of the game will be eligible to redeem the iPhone release.

Long-time fans of the game shouldn’t be worried about replaying the game on mobile if they’ve already played the PC version, as beyond the main story’s twenty different endings is an unlockable endless mode: players working through procedurally generated content over three different game types.