‘Pokemon with guns’ game Palworld gets an insane new trailer

Palworld features a wild mix of Pokemon, Fortnite, and gunplay that gets wackier with every trailer.
Leah J. Williams 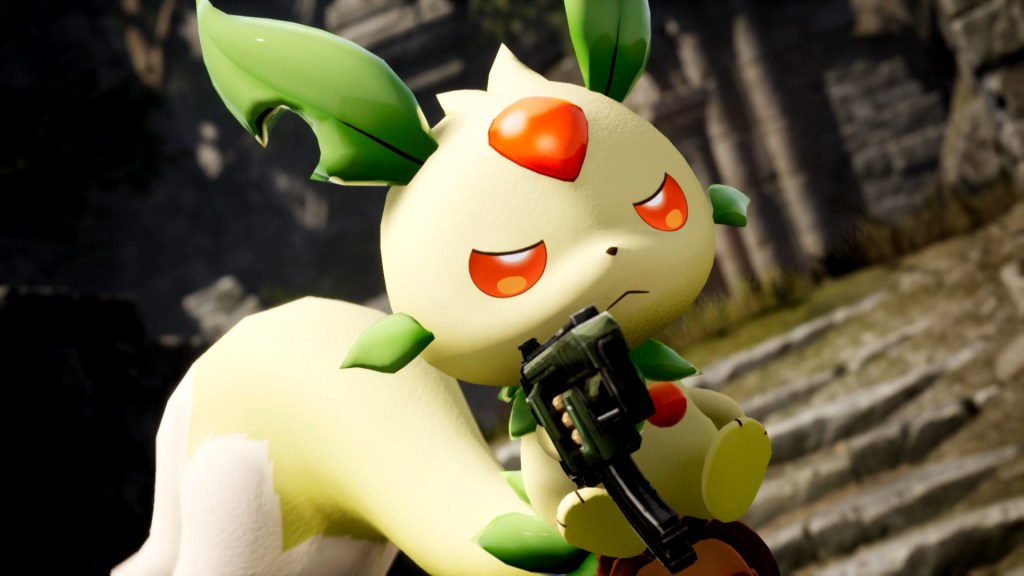 Palworld, the new online multiplayer game that combines the cutesy monsters of Pokemon with guns, indentured servitude and violence, has received a new trailer that shows off all the totally bonkers gameplay you can expect from the upcoming title.

The new ‘Gameplay Moments‘ trailer starts off innocently enough; the protagonist and their partner Pal are roaming through a forest to catch a cutesy creature in a glowing ball. Then, the protagonist whips out a rifle, and aims it steadily on the pulsating item, waiting for the creature to break free.

Later, they pull out Fortnite-like tools and begin building a house, then use a bow-and-arrow to take down a majestic, deer-like creature that appears partially inspired by Pokemon Arceus. With a stagger from the blow, the creature falls and topples down a hillside.

But the protagonist’s violent streak doesn’t stop there.

After using their Pals to help them build a crafting table, the Palworld protagonist roams through a forest and uses the aforementioned deer as a battering ram to scatter countless cute creatures in their path. They then turn a shotgun on a Quagsire-like beast and fire away as their deer Pal uses a blasting ability to unleash violence.

A boss Pal known as Anubis (who resembles Lucario) gets the same shotgun blast treatment.

While the entire gameplay segment looks impressive, from the gorgeous trees to the glimmering lakeside locales, the existence of guns in Palworld still feels absolutely wild. In a world where cute creatures and a thriving natural world are centred, pulling out a gun to attack a creature roaming by a lake is jarring.

Typically, games in this genre focus on wholesome, friendly activities – collecting, gathering, farming, fishing. Palworld is determined to be different, and instead focusses on including as much weirdness and aggression as possible in gameplay.

This appears to be the point of Palworld, although it’s still unclear if the inclusion of guns and the ability to virtually enslave Pals have been implemented as a joke or commentary on modern video games, or whether developer Pocketpair is launching this game into the world with a straight face.

Regardless, the new gameplay trailer is certainly an odd sight.

Palworld is currently set to launch in 2022 via Steam, although an exact release window has not been provided.