NZ Games Festival serves up ‘The Pavs’ Awards for 2020

The 2020 New Zealand Games Festival might have been postponed, but that didn’t stop them running a gorgeous Awards ceremony online. Here are the winners and nominees.
Jini Maxwell 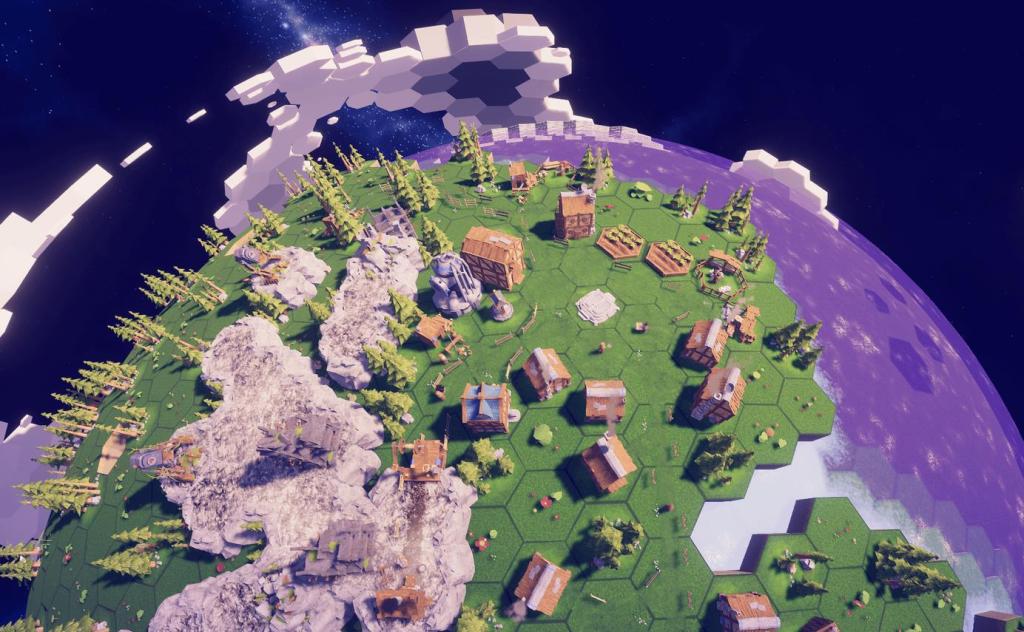 The awards celebrate local games, local industry stars, and one Australian pick from across the ditch. Image from Before we Leave, by Balancing Monkey Games.

The New Zealand Games Festival (NZGF) didn’t let a postponement of their 2020 event from delivering an awards ceremony – affectionately known as The Pavs – that was full of heart and showcased the immense talent of the small industry. Warmly hosted by Josh Kamau, community manager of the Wellington-based game development studio PikPok, the Pavs streamed via Twitch, featuring a tightly edited, prerecorded ceremony and speeches, and a retrospective on the NZGFs of the past.

The festival offers the following awards for NZ game development in the following categories: Industry Rising Star, Industry Pillar, Audio, Visual Art, Design, Narrative, Diverse Representation, Student Game, Physical Game, which includes board games, tabletop games and playful spaces like escape rooms, and of course, the Slice of Heaven Grand Prize.
The Pavs also includes the Guest Plate Award, which celebrates a game by an Australian game dev. This is an unofficial mirror to local game festival Freeplay’s Across the Ditch Award, which was won Andrew Savey’s Leap of Leaf this year.

Below is a full list of finalists and winners.

The Composed Segment: Excellence in Audio

Before We Leave is a non-violent city building game set in your own cozy corner of the universe, scored with a soaring soundtrack and a multilayered ambient soundscapes. Balancing Monkey Games Creative Director Sam Barham picked up the award alongside composer Ben and audio designer James Dean.

Agent Intercept is a fast-paced iOS game where you race against time to retrieve top-secret counterintelligence in a series of slick, souped-up vehicles across land and sea. Drive, drift, and duel in missions across exotic locales, deploying high-tech gadgets and avoiding hazards to save the day in style. Lead artist E’van Jonson accepted the award, and extended thanks to the team.

The Perfect Recipe: Excellence in Design

Winner: Agent Intercept, PikPok,
For the second Agent Intercept win of the night, Lead Designer Dwayne Kirkwood picked up the award. He thanked the entire team for their work, and congratulated all winners and nominees.

Accepting this work was a concerningly expressive skeleton, accompanied by developer Mads. In developing Catacomb Prince, Mads set out to develop a historical fantasy visual novel that represented bisexual and non-binary people in a respectful and varied way.

The Poetic Serving: Excellence in Narrative

Winner: This Too Shall Pass, A Crown of Moths
Lead developer Moth Loths thanked the team, the festival, and expressed gratitude that the meaning of the game resonated, and sent a message of care (for ourselves and the world around us) to everyone watching. The game is yet to be released, but Loths says that a public release is forthcoming.

Sven Obermaier picked up this award on behalf of the team in black tie, from a virtual podium. He expressed wonder at the warm reception of a game that began as a passion project. ‘You realise you’re investing in a lot of happiness for a lot of people out there; it’s an absolutely worthy endeavour.’

Developer Alex Bartlett thanked his teachers, classmates, partner and friends for their support during development of the game which was lauded as an ‘outstanding achievement’ for a team of studios.

Void Bastards, a science-fiction take on the first-person shooter, has been well received popularly and critically. Dean Walshe picks up this award, thanking the festival team for their work putting the ceremony together, ‘under these unique circumstances.’

He described the award, which spotlights an excellent Australian game, as ‘generous and welcoming.’

Dinosaur Polo Club picked up this award as a full team, offering their gratitude to the festival before beginning a well-deserved pavlova-fight.

Te Maunga Kai Kapua (Teina): The Rising Star Award
Winner: Lisa Blakie
The nominees for the community awards are based on nominations from the industry
‘Their continuing work will sprout new life and opportunities.’ Blakie took the opportunity of accepting the award to implore industry leaders ‘to hold those people accountable who are responsible for the mistreatment of employees, contractors, hobbyists, students, and anyone in games. We really need to do better to make our industry a better and happier place to work.’

This award is selected by a committee of established developers, who recognise the ongoing contributions of a member of the local industry. Hobson expressed surprise at the nomination, and restated that ‘nothing is every an individual effort.’ She extended thanks to ‘all of the people who I work with, both at Runaway [Play] and at other organisations, like NZGDA [The New Zealand Game Developers’ Association.]’