Nintendo’s Game Builder Garage lets everyone be a game developer 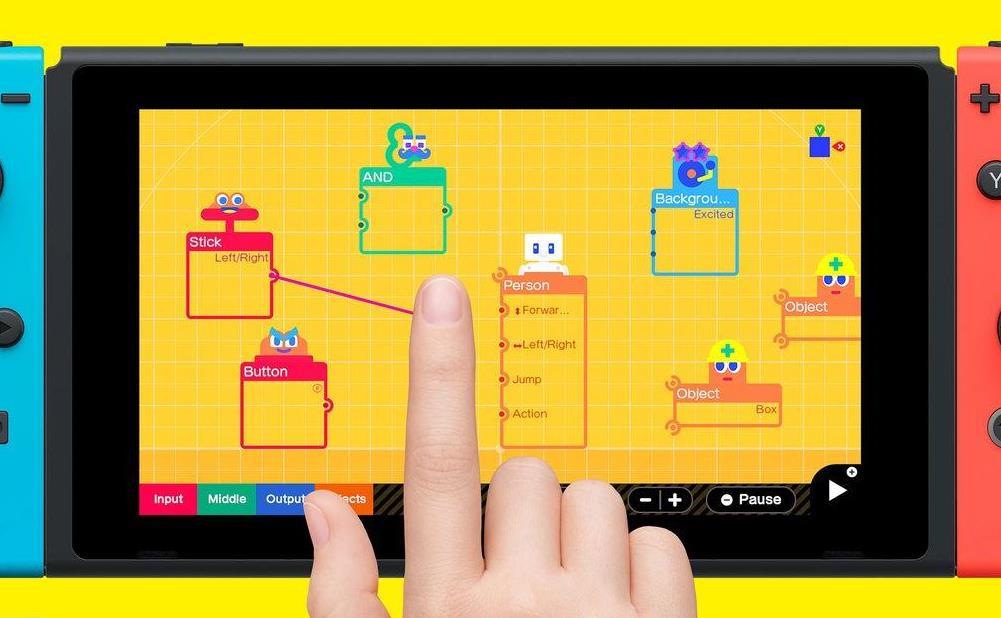 Nintendo is continuing to encourage users to engage with programming and game design concepts. Image: Nintendo

Nintendo’s foray into experimental creativity continues, announcing Game Builder Garage, a new piece of software for the Nintendo Switch platform allowing you to create and share your own videogames.

As shown in a reveal trailer, Game Builder Garage uses a visual form of programming, sorting different functions and objects into creatures called ‘Nodons’. By selecting and connecting different Nodons together, you can add controls to objects, along with various conditions. One example shown included connecting a Stick Nodon with a Person Nodon programs an avatar controllable with an analogue stick, which can be further tinkered to add other action inputs like a jump button.

Game Builder Garage includes an interactive Lesson Mode designed to teach you the basics of visual programming using its Nodon system. These lessons also have checkpoints throughout so you can test what you’ve learned through solving assigned puzzles and tasks.

Not just confined to structured lessons, Game Builder Garage also has a Free Programming mode, where you can freely swap between programming and gameplay screens to work on and test your creations. From the trailer and Nintendo’s announcement, there are plenty of possibilities and genres to try making, including side-scrolling shooters, kart racers, platformers, and all sorts of micro games in between.

You’ll also be able to share Game Builder Garage creations online, in addition to checking out others’ games too. It promises to be a shared development community, with games created by other players available to dissect through Free Programming mode, so you can figure out how something was made.

This isn’t Nintendo’s first venture into creative software in recent years, with the Japanese company releasing Nintendo Labo in 2018, combining cardboard construction with videogames, and the popular Super Mario Maker series giving everyone tools to make their own Mario levels. Across other platforms, Dreams is a game for PlayStation 4 focused on user-generated content, and is made by UK-based developer Media Molecule, whose Studio Director Siobhan Reddy grew up in Australia and was recently awarded a BAFTA Fellowship. Other games with less of a programming slant, but still allows players to create unique experiences, include household names such as Minecraft and Roblox.

Game Builder Garage will release 11 June 2021 for the Nintendo Switch in stores and via the Nintendo eShop at a retail price of $49.95.