A bigger OLED screen is the flagship feature of the new Nintendo Switch, but its full hardware specifications are unknown.
Edmond Tran 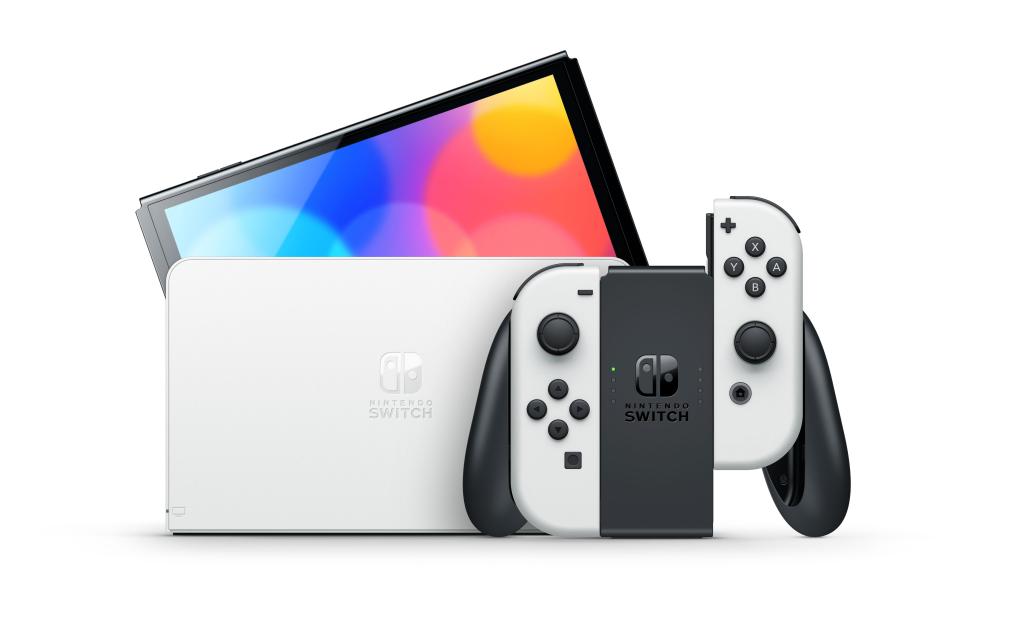 Nintendo today announced the long-awaited, inevitable new model of their ubiquitous hybrid console, the Nintendo Switch, to launch on October 8, 2021 for $540 AUD. Simply called ‘Nintendo Switch (OLED model),’ the new version of the hardware will most notably feature a larger 7-inch OLED screen which has the capacity for higher degrees of contrast, brightness, and colour saturation.

The OLED Model also features a new docking station for connecting it to TVs, which features a built-in wired LAN network port for online connectivity. It will also feature 64GB of built-in internal storage. Both of these features currently require additional accessory purchases for existing Nintendo Switch models.

A console’s kickstand, used for propping the console up in portable mode, has been redesigned to be wider, and the OLED Model’s speakers will provide ‘enhanced audio’, according to the press release. Like the original Nintendo Switch models, the console will feature detachable Joy-Con controllers.

This new model had long been rumoured to be in production and was reportedly confirmed by Bloomberg sources as early as March of this year. Bloomberg’s most recent report in May strongly suggested that the console would be revealed before E3 proceedings in June, and would be released as early as September. They also suggested that the new model would use upscaling technology to allow the console to output at 4K resolutions. That display capability, along with any increased computing performance has not been confirmed as part of this reveal.

The announcement of the Nintendo Switch (OLED model) comes off the back of Nintendo’s most profitable year on record. They also recently announced that the Nintendo Switch is the Japanese company’s fourth-best selling console at 84.59 million units sold since its 2017 launch. It currently lags behind the company’s original Game Boy, Nintendo DS, and Wii consoles.

This model refresh is designed to give the hardware line a mid-life boost, maintaining sales performance by encouraging second purchases from existing Nintendo Switch owners, as well as further enticing those yet to buy-in. The release date is also tied directly to Metroid Dread, a long-awaited new entry in the lauded franchise.

It’s quite possible that the limited extent of the hardware upgrades is informed by the global shortage in microprocessors, caused in part by the COVID pandemic. However, until we see the technical specifications of the Nintendo Switch (OLED Model), we won’t know the full story about this new model’s capabilities.