Australian hit Moving Out is getting a major sequel

Moving Out 2 is official, and it plans to go much bigger than its predecessor with new moves, new tech, and new heroes.
Leah J. Williams 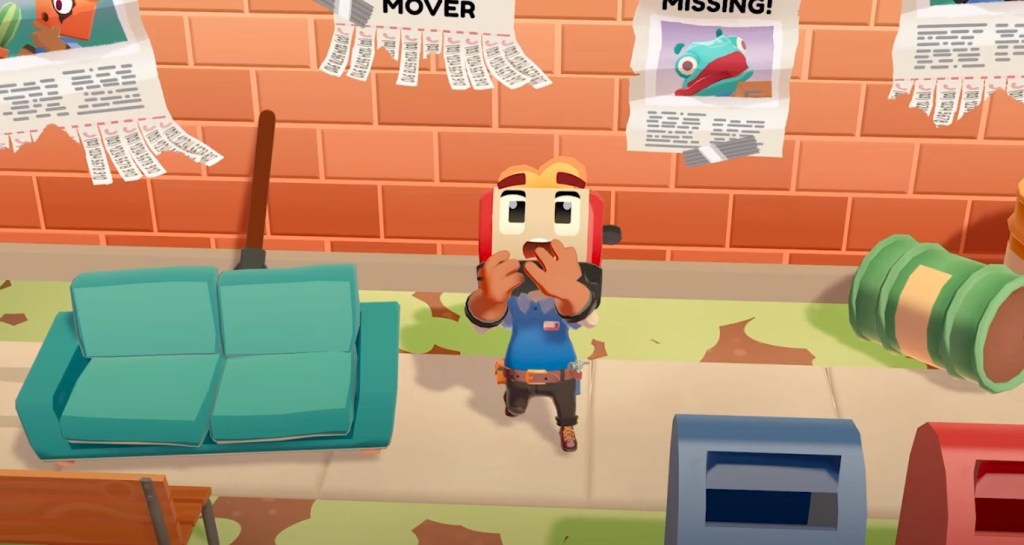 It’s official: Aussie smash hit Moving Out is getting a sequel, in the form of Moving Out 2. The news was announced during the Gamescom 2022 Opening Night Live rush, and was a welcome relief for those who may be missing their F.A.R.Ts (Furniture Arrangement and Relocation Technicians, of course).

Moving Out 2 will dish out brand new moving conundrums, with the new trailer for the game highlighting ‘exotic’ new destinations, and the ability to head online or play in couch co-op with mates. Online multiplayer is a massive boon for the game, and should make each move all the more frantic.

The entire goal of the Moving Out series is to transfer furniture items from one location to another – no matter how much destruction you cause. Having friends along for the ride makes the job easier – but it’s also more likely you’ll fail spectacularly.

With online or local mates along for the ride, you’ll be able to twist and squish your way through tiny hallways, and even through smashing glass windows, to complete your moving tasks and ensure your tenant’s homes are left completely empty by the end of the move (save for some glass and broken objects). If you’re feeling brave, you can also move out solo and see how well you go alone.

It appears Moving Out 2 will have grander themes than the original, with new holiday destinations in the game including a beach house, and what appears to be a space station filled with special portals. You’ll need to conquer these strange realms – and more – to win the day. According to SMG, there’ll be whole new worlds and plenty of ‘silly challenges’ to tackle when the game launches.

Read: How to play co-op games with your partner (without arguing)

You can check out the announcement trailer for Moving Out 2 below:

The game will launch in 2023 for PlayStation 4, PlayStation 5, Xbox One, Xbox Series X/S, Windows PC via Steam, and Nintendo Switch.