EA is celebrating N7 Day with a handful of fun announcements, and a major tease about the future.
Leah J. Williams 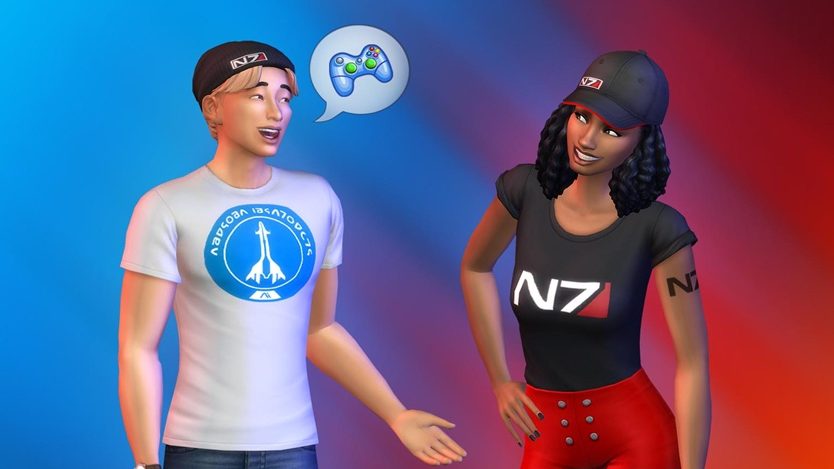 EA and BioWare are celebrating the annual N7 Day with a handful of announcements – including updates on the upcoming Mass Effect 4, and a funky apparel crossover with The Sims 4. In a new blog post, brand new details about the future of the franchise have been revealed.

For those unaware, N7 refers to both the date of November 7, and the fictional military designation of the protagonists in the Mass Effect series.

‘Since we last spoke about the next Mass Effect game, pre-production development has been proceeding very well,’ the blog reads. ‘The team, comprised of Mass Effect franchise veterans as well as some amazing new additions to BioWare, has grown steadily! They’ve been hard at work crafting new characters and locations that you’ll love, as well as revisiting many that you’ll remember.’

Several developers working on the upcoming game have been spotlighted in this celebration, including:

According to the team, more details about the next Mass Effect will be detailed once the team is ‘ready’. That said, there was a final teaser to end the blog post – one which might spark interest from keen fans.

‘As we look forward, each week is a fun and exciting challenge for the team. We love bringing this universe to life, and although there’s much more we want to share with you, that’ll have to be for another time,’ Mike Gamble said.

‘For now, there is something we want you to have a look at. We’ve intercepted some strange footage from one of the monitoring stations in known space. It could be nothing, but…’

This teaser was followed by an intriguing image of what appears to be a Mass Relay being built. In the Mass Effect fiction, this is what allows instant interstellar travel between galaxies.

It appears this piece of concept art was previously unearthed in a 2020 art book titled BioWare: Stories and Secrets from 25 Years of Game Development, per GameRant.

We’ll leave you to speculate about this strange teaser.

The Sims 4 is getting Mass Effect apparel

In addition to leaving fans with this tantalising teaser, EA and BioWare also announced a range of other inclusions to celebrate N7 day – including the launch of Mass Effect-themed clothing in The Sims 4.

After the latest game update on 18 November 2022, you’ll be able to nab two special N7 shirts, an N7 beanie, an N7 hat, and an N7 tattoo to jazz up the lives of your favourite Sims.

If that’s not enough, EA and BioWare are also releasing some new real-life clothing and accessories, via the BioWare Gear store, Sanshee, Dark Horse, and Volante Designs. You can head through to those websites via the new blog to see what’s currently on offer.

Check out the latest Mass Effect blog here to find out more about the next game, the major Sims 4 collaboration, and every bit of new merch you can grab to celebrate N7 Day.