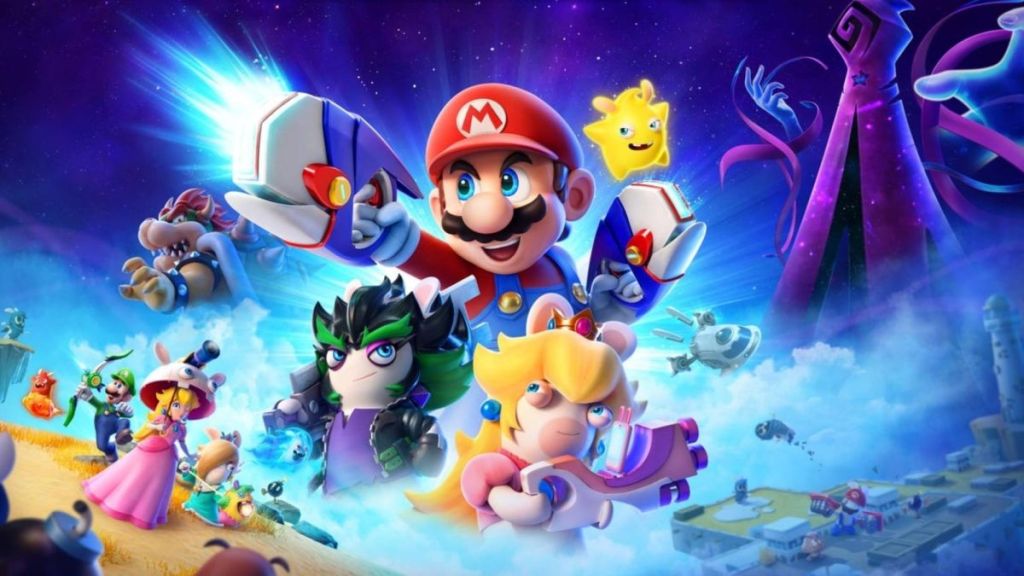 Mario + Rabbids: Sparks of Hope, sequel to the surprise hit Kingdom Battle, has officially locked in a release date: 20 October 2022. When the game launches, players will be able to dive into colourful and wild new adventures across the cosmos as the mysterious villain Cursa sets off to infect the lands of Mario and the Rabbids with hideous darkness.

This go around, the Ubisoft development team have made a few changes. Combat is no longer limited by the grid for one thing, and the game will feature real-time and turn-based elements, as well as a number of new, heavy-hitting weapons.

As the new Nintendo Direct Mini trailer revealed, players will be able to freely travel within the range of their chosen character, with attack choice ending a turn. By giving players more freedom and fluidity, Sparks of Hope will allow for better choice and planning, as well as chained attacks – as long as you pay attention to the opportunities at hand.

In this adventure, players will be joined by Bowser, who will operate as tank-like beast with massive guns, and Rabbid Rosalina, who appears to be lazy – but very effective on the battlefield. There’s also a mystery new Rabbid on board who rocks green, spiky hair and a giant sword.

Wins and losses will be up to players, but they’ll also be helped along the way by Sparks, who are Rabbid-ised Lumas (from Super Mario Galaxy). These Sparks can help kick off devastating attacks, and also shake up the combat stakes.

You can check out the new trailer for Mario + Rabbids: Sparks of Hope below:

As before, the game will focus on the line between all-out wackiness and serious strategy combat, with plenty of unique tactics available for players. There’ll be plenty of excitement in store when this adventure kicks off later in the year.