Rayman arrives in Mario + Rabbids Sparks of Hope in late 2023

Rayman will be introduced to the Mario + Rabbids mythos in the third Sparks of Hope DLC.
Leah J. Williams 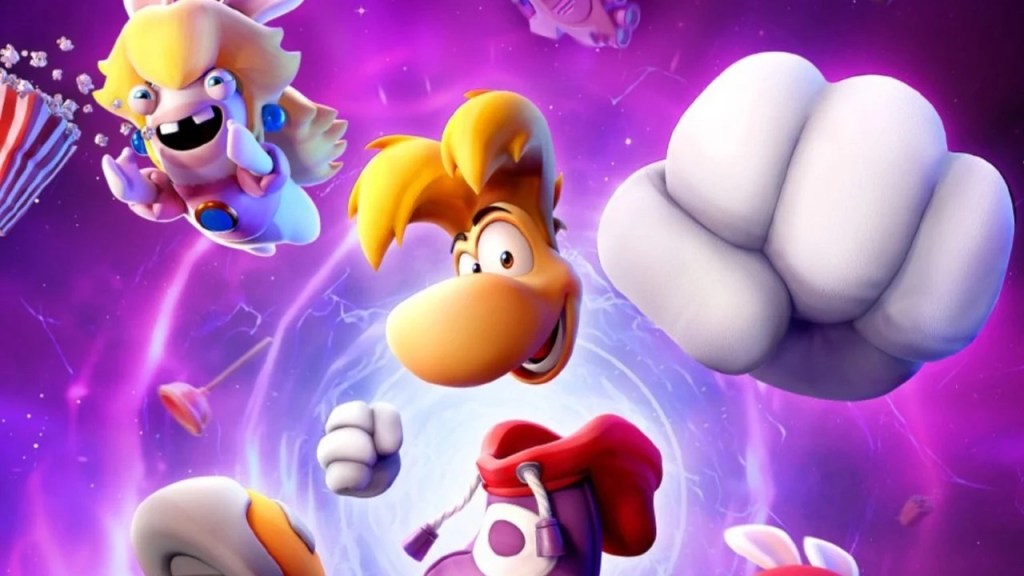 Iconic video game mascot Rayman is joining the cast of Mario + Rabbids Sparks of Hope – although keen players will have to wait to see him enter the battlefield. As detailed by Ubisoft, the newly-revealed Sparks of Hope Season Pass will include three major content packs, each focussing on a new character, enemy, or game mode. Rayman will be introduced in the mysterious ‘DLC 3’ which is set to launch in late 2023.

DLC 1, known as The Tower of Doooom, is a Season Pass-exclusive launching in early 2023. It will add in a new combat game mode, and will seemingly feature new Rabbids – including one that resembles a fortune teller.

DLC 2 arrives in mid 2023, and will introduce a ‘mysterious foe’ on a new planet, which appears to be ‘enchanted forest’ themed. The aforementioned foe is a grinning Rabbid with a cute dress and hair bow.

The final piece of Season Pass content – DLC 3 – will feature Rayman going on a mysterious journey with Rabbid Peach and Rabbid Mario. As mentioned, this will arrive much later than the other packs, rounding out the Mario + Rabbids Sparks of Hope journey in the later half of 2023.

Imagery for these new packs reveal a handful of clues about the future – in Rayman’s teaser, you can spot various ‘displaced’ items including a rubber duck, a toilet plunger, and a yellow paintbrush – but Ubisoft is remaining tight-lipped about the upcoming adventures.

Regardless of what’s in store, it’s great to see new content arriving for Sparks of Hope. The base game is already a marvellous journey, and new content will only add to its sense of delight.

Rayman arriving in the Mario + Rabbids universe also feels like a full circle moment. The Rabbids of the game first originated as slapstick enemies in the Rayman franchise, before they went on to gain phenomenal popularity worldwide, and essentially ‘take over’ the Rayman brand.

There’s high hopes the hero will finally get the justice and recognition he deserves on modern consoles when DLC 3 launches in late 2023. Until then, fans can look forward to new content dropping in Sparks of Hope over the coming year.