Killer Klowns from Outer Space is getting a multiplayer game

The cult horror film is being transformed into a multiplayer slasher survival game.
Leah J. Williams 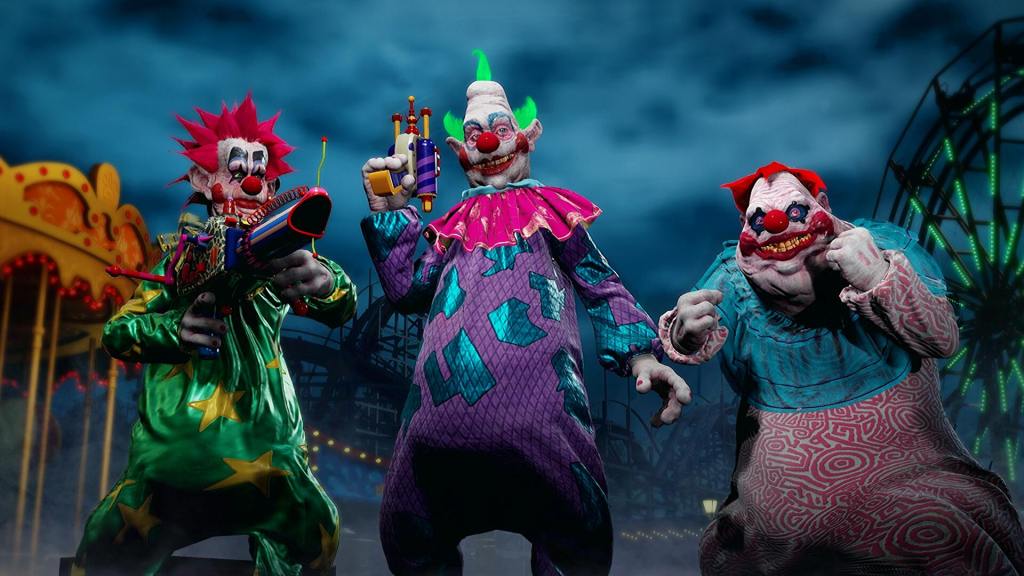 Cult 1980s horror film Killer Klowns from Outer Space is getting a wild 3v7 multiplayer game adaptation, with the titular clowns taking centre stage. A new cinematic trailer has shown off the absolute mayhem in store, with three of the garish Killer Klowns set to take on the unwitting citizens of Crescent Cove, armed with mini ray guns.

The asymmetrical, third-person Dead by Daylight-like is being helmed by developer Teravision Games and Randy Greenback, the executive director of Friday the 13th: The Game – which should give you an idea of what to expect. Those playing the clowns will have free reign on the battlefield, with the ultimate goal of hunting down and killing the unwitting teens hiding-and-seeking.

It appears you’ll be able to make use of the clowns’ strange abilities in this survival game, while also having a range of weapons available at your disposal. While the title of the film (and now game) is fairly obvious, these aren’t typical clowns – they’re alien clowns – and that means they have a range of weird technologies and powers at their disposal.

Crescent Cove serves as the main map for the game, and it’s here that you’ll attempt to corral the human hordes and harvest them as part of your alien invasion. Apparently, there’ll be ‘tactical opportunities’ for both sides of the battlefield – although with the clowns boasting such a wide range of over-powered abilities, victory will likely be hard to come by.

While not detailed in the game’s description, the Killer Klowns from Outer Space do have one important weakness you should know before jumping in – they can be killed if you shoot or destroy their red, glowing noses. It’s likely this fact will come into play as you attempt to survive the battlefield with your life.

You can check out the announcement trailer for the game below:

Killer Klowns from Outer Space: The Game is set to arrive on PC via Steam Early Access in 2023.