Developer Justin Roiland has detailed High on Life's use of AI artwork and voice acting in a new interview.
Leah J. Williams 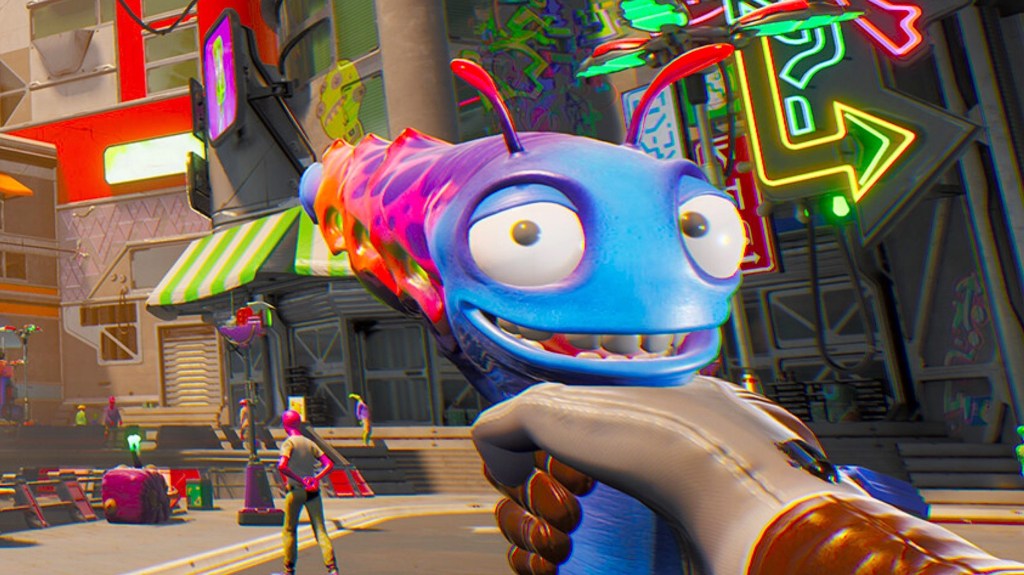 High on Life, the latest slapstick video game project from Squanch Games, is designed to be a tongue-in-cheek journey through an odd world filled with talking guns, annoyingly loud banter, and weirdos – all staples of developer Justin Roiland’s signature style – also seen in his work on Rick & Morty. But while the game is designed to be funny and silly, its use of AI artwork and AI voice acting tools is not.

Speculation about the game’s use of AI tools was first sparked on Reddit, where users noted several posters depicted in a ‘dodgy unit’ in the game appeared to be AI-generated. While AI images can be hard to spot, the posters appeared to be created with a rudimentary tool – eyes on figures are too far apart, bodies are slightly stretched, and faces are uncanny.

In a new interview with Sky News, Roiland has now confirmed the game uses AI artwork – specifically, Midjourney AI – to decorate bare sets. While ‘most’ of the game’s illustrations are done by hand, this supplementary AI artwork was used to save time, and create a weirder setting.

‘It makes the world feel like a strange alternate universe of our world,’ Roiland said. ‘We used it to come up with weird, funny ideas. I don’t know what the future holds, but AI is going to be a tool that has the potential to make content creation incredibly accessible. I don’t know how many years away we are, but all you will need to be is somebody with some big ideas.’

What Roiland’s statement seems to avoid is the implication of using AI artwork in games – and the subsequent loss of jobs for talented artists. While only some of the game’s artwork was created with AI art, it’s likely this took several hours away from artists at Squanch Games.

Art is a human endeavour, one that relies on the talent and prowess of individuals who’ve spent years honing their craft. Allowing machines to take these roles, in any form, is a slippery slope – and a sign of how little artists are valued.

The creep of AI in the creation process may also extend to other professions in future, with AI voice acting reportedly used in High on Life to help plan and prototype dialogue. According to lead designer Erich Meyr, AI voice acting was only used for prototyping – but at least one minor character in the game maintained its AI acting. Again, this is in lieu of a human voice actor, who would be paid for their essential work.

For as long as AI is used to replace human creativity, talent, and passion, it will remain a controversial tool. While High on Life has only adopted it for minor characters and time-saving in creation, there is still a human cost behind these decisions, and a subsequent drop in quality that has clearly been noticed.