More footage from a cancelled Half-Life spin-off has emerged

Ravenholm was well into development at Arkane Studios before it was ultimately cancelled.
Leah J. Williams 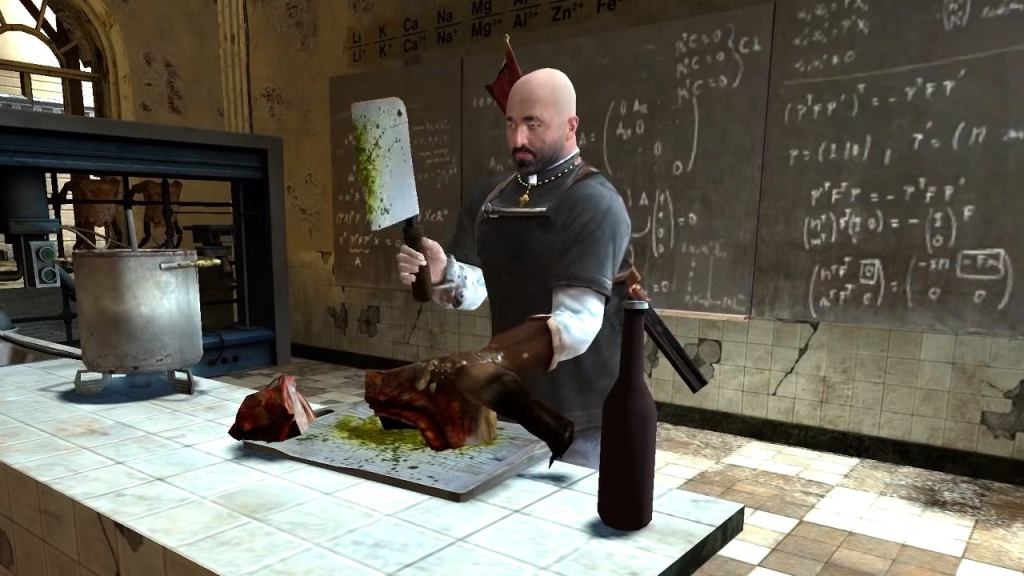 An hour of footage from a cancelled Half-Life spin-off game developed by Arkane Studios (Dishonored, Prey, Deathloop) has surfaced online, courtesy of documentary producers at Noclip. The team had previously worked on a major documentary about the studio, and obtained the footage from developers working on the project. Now, a lot of it been made public so everyone can see exactly what Ravenholm could have been.

This spin-off takes place at the creepy Ravenholm stronghold, now infested by zombies and headcrabs. The level originally appeared in Half-Life 2, and is a fan-favourite for its odd horror vibes and frequent scares, making it ripe for an Arkane-led spin-off. The studio has long been known for its spooky and gothic first-person shooter adventures, and there’s a lot of stylistic touches in the footage that could easily belong to the worlds of Dishonored or Prey.

Ravenholm, which was alternatively known as Return to Ravenholm and Half-Life 2: Episode 4, begins with players sharing a conversation with a priest – but the peace is soon interrupted by zombies, who break into a building and immediately cause chaos.

Read: Deathloop Review – Proving that creativity is the best weapon

From this opening terror, players must fight their way through zombie hordes using a variety of melee attacks as they romp through the desolate Ravenholm and attempt to survive in a hostile world. Traps can be deployed, and players are able to make use of a number of deadly weapons – but that doesn’t negate the janky sense of horror in the opening chapter.

The demo footage only shows off glimpses at the game, and it’s extremely unpolished – it is from an incomplete project, after all – but it shows off a lot of potential, and plenty of classic Arkane charm.

You can check out the footage for yourself below:

As Noclip’s Danny O’Dwyer makes clear, it’s important to keep in mind that the footage represents an incomplete project that doesn’t reflect the planned scope and quality of the finished project.

‘It’s important to understand that everything you’re about to see is from an incomplete game, meaning that a lot of stuff is going to be missing and even much of the content that’s here is either an early pass or a placeholder, so elements like art, animations, gameplay, level designs, even voicework, were likely to go through further changes,’ Dwyer says.

Even with that in mind, the Ravenholm footage is an essential part of gaming history.

It’s currently unclear why exactly Ravenholm was cancelled, but regardless of the unfortunate circumstances of its birth, the footage is a fascinating glimpse into the Half-Life franchise, and how it could have evolved beyond the original games.