Fortnite is getting wilder and weirder in its latest season of content. Here's everything new to the game.
Leah J. Williams 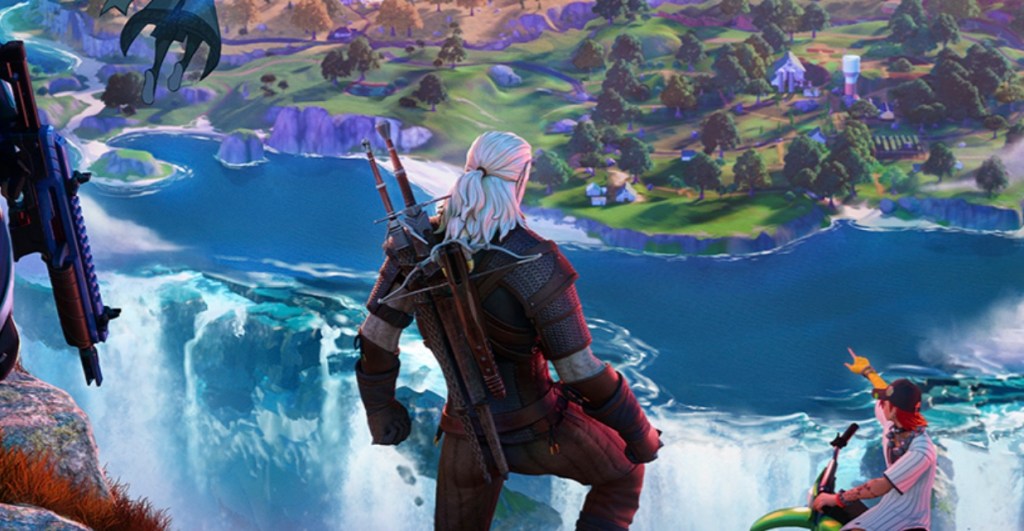 Fortnite is about to get much, much weirder – as impossible as that seems. After months of introducing a wild array of crossover guest characters, its latest chapter is set to kick off with an even stronger cast of heroes. Chapter 4 Season 1 will provide players with the opportunity to play as Geralt of Rivia from The Witcher, Doom Slayer from Doom, The Hulk of Marvel fame, and even Deku from My Hero Academia.

They all feature in the latest cinematic trailer for the battle royale, which also reveals snazzy new graphics and gameplay mechanics arriving shortly.

Chapter 4 will introduce the biggest changes to the game yet, so it makes sense to spotlight new, blockbuster characters on its arrival. In addition to these coveted pop culture icons, Epic Games is revamping the look and feel of gameplay with improved resolution and textures. When players download the latest game update, they’ll be greeted by sparkling vistas, thanks to an Unreal Engine 5.1 migration.

A newly designed, explorable Island will take full advantage of these improvements.

Read: The Witcher 3 gets ‘next gen’ upgrade in December

In this locale, players will be able to visit a towering castle, snowy mountains and farmland – all now traversable via dirt bikes, or new air-based launch moves that fling your character into the sky. Along the trip, you’ll also be able to augment reality by deploying new abilities, some of which improve your weaponry and gliders.

You can check out the flashy new graphics and high-powered moves of Fortnite in the game’s latest trailer:

As you make your way through the new content, you’ll also be able to start chomping through a new seasonal Battle Pass, which allows everyone to earn access to Doom Slayer and Geralt, as well as other characters including The Ageless (an original boss) and Selene, a new celestial hero.

Later in the season, The Hulk will join this crew via the Item Shop, and he’ll be joined by Deku later in season one. It’s likely more heroes will join the fight in Fortnite over the coming weeks and months. With each new chapter, the game gets a little bit stranger as more wild guest stars appear. We’re expecting big things as the next major story chapter kicks off.

Fortnite Chapter 4 Season 1 is now live for PC and consoles.