First Look at the Parliamentary Friends of Video Games

‘The one thing that you always have as a politician is a platform. I really want to put the enormous potential of the Australian videogame industry on that platform.’
Jini Maxwell 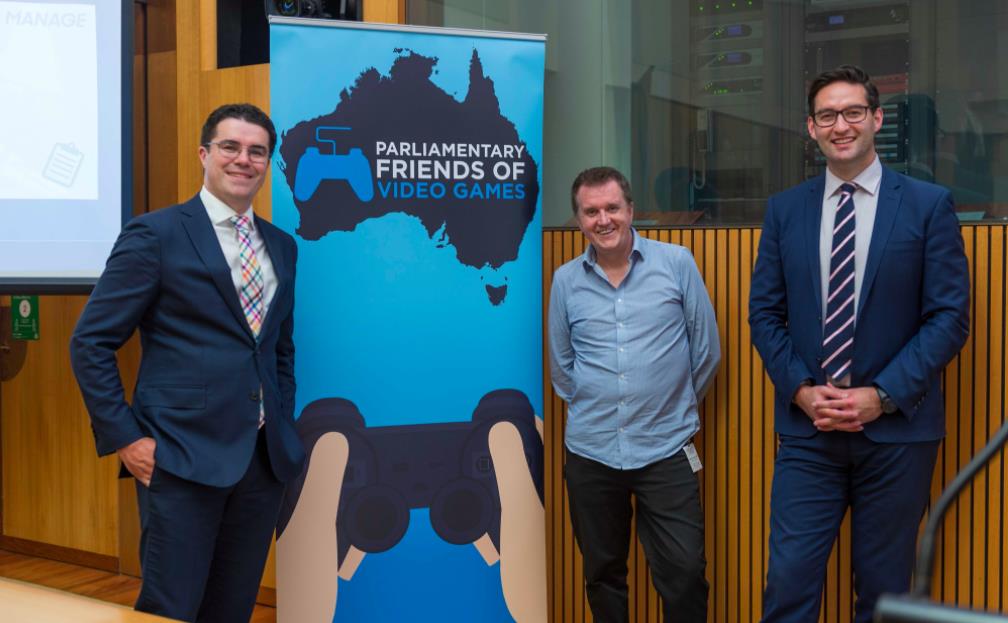 The group will provide a forum for Australian Parliamentarians to see the creative achievements of local game developers, and learn more about the Australian videogame industry. The group is only the second of its kind in the world, with the first running in UK Parliament.

While playing Big Ant Studio’s AO Tennis 2, House House’s Untitled Goose Game, and SMG Studio’s Moving Out, Australian politicians joined industry representatives including Ross Symons, CEO of Big Ant Studios, as well as IGEA’s Ron Curry. The group has been developed in collaboration with IGEA, with Curry describing it as a ‘first for both parties,’ underscoring the economic contribution of the sector, which generated $144 million and employed 1,275 full-time workers last year, according to IGEA reports.

READ MORE: Where do all of Australia’s Senior Game Developers Go?

The economic potential of the videogame development industry was restated in the launch speeches from both industry representatives and parliamentarians alike. The speeches highlighted that the sector had this success without being appropriately considered in policy process, from the videogame industry’s exclusion from federal screen production tax offsets, to a lack of federal funding. While the Twitch stream had some audio issues, the event itself seemed to be enthusiastically taken up by parliamentarians, with attendees including former Deputy Leader of the Labor Party Sydney MP Tanya Plibersek and MP Terri Butler.

‘I really want to put the enormous potential of the Australian videogame industry on that platform.’

Mr Watts, who is Shadow Assistant Minister for Cybersecurity and Communications, has been a longtime advocate for the videogame industry. After Senator McGrath gave a parliamentary speech in September that advocated for federal 30% tax offset for videogame development, Mr Watts approached him about forming the Parliamentary Friends of Video Games.

Apparently I’m a noob. Watch my speech in the Senate to find out why – and also why I’m calling for tax offsets for the gaming industry. @igea pic.twitter.com/sTnbkSb8Jl

These events are aimed at elevating the status of video games as an economic and cultural force in the eyes of fellow politicians. Mr Watts believes that the group is an opportunity to educate fellow parliamentarians in the economic and cultural value of the sector, which will go on to inform their approach to policymaking: ‘The one thing that you always have as a politician is a platform,’ Mr Watts said, ‘I really want to put the enormous potential of the Australian videogame industry on that platform.’

Read: What can SA’s Video Game Development Rebate do for local developers?

Praising the artistry of Australian-made videogames like Untitled Goose Game and Florence, he believes that the industry has struggled to grow even to the size of the neighbouring industry in New Zealand, which offers tax incentives for game development as well as federal funding. Touted by both co-chairs as a potential high growth sector, with the capacity to create thousands of jobs in Australia, the games industry has been overlooked in terms of policy development.

‘Before coming into parliament and across a number of the tech sectors in Australia where we have fantastic talent, but we don’t have the depth in the industry,‘ he told Screenhub, ‘we don’t have the diversity of the ecosystem, so that someone can have their entire game development career in Australia in a variety of roles, from nimble startups, to working for a Triple A studio.’

Senator McGrath affirmed this sentiment, saying: ‘Australia has built a reputation over many years of producing some of the world’s best  creative talent and I have no doubt we have a generation of innovative, technology-savvy developers and publishers who are ready and eager to grow this industry here, explore  opportunities and export their products to the world.’

Mr Watts is a longtime supporter of the game development industry. He’s no stranger to Twitch, having hosted a stream of Moving Out with MP Clare O’Neil, and fielded questions on industry-focussed topics ranging from over the course of the hour-long stream, from regulating loot boxes to esports, federal funding, and career pipelines. In addition to his support for pro-videogame industry  policies, he is also engaged with the internal struggles that the industry faces. In 2014, he gave a parliamentary speech on GamerGate, an online harassment campaign that targeted several women and non-binary people, advocating for approaches that protect against new technologies being used to enable violence against women.

The Parliamentary Friends of Videogames Group are planning to run regular events for parliamentarians throughout 2021, as well as Twitch streams to engage the public. Watch the launch speeches on Tim Watts’ Twitch Channel