Final Fantasy 16 is set to be a sweeping tale of political intrigue and magical turmoil.
Leah J. Williams 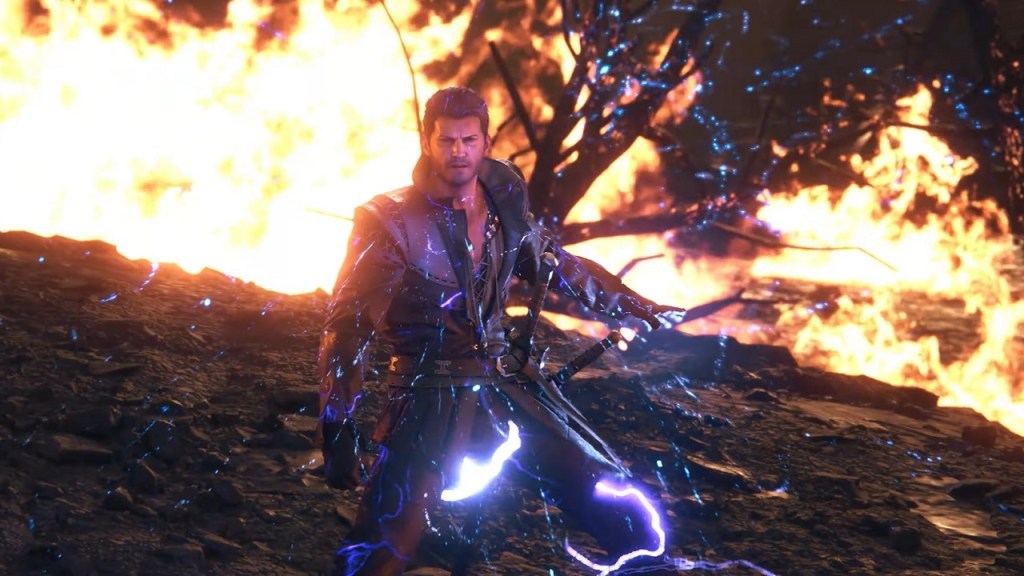 ‘Who shall claim their fading light? From a single spark, will the land ignite. A new shadow rises to fall upon the Dominants, painting their destinies black as night.’ With this dramatic proclamation, developer Square Enix revealed the latest trailer for Final Fantasy 16, which illuminates more about the political intrigues and magical battles of this upcoming medieval fantasy adventure.

The new trailer kicks off with a dramatic voiceover describing the slow death of Valisthea, a land populated by great warriors and kings.

‘We’re in the middle of the Deadlands,’ one of these warriors proclaims, on a long hike through a dark and desolate realm. ‘The Blight’s sucked this place dry, meaning no trees, no birds and no magic.’

It appears this Blight will be a force to be reckoned with – an evil force only beaten back by the magic of mysterious Crystals, powered by purer magics. The Grand Duchy of Rosaria, The Holy Empire of Sanbreque, the Dhalmekian Republic, The Iron Kingdom and The Kingdom of Waloed will all vie for the power of these Crystals (including the fabled Mothercrystal) and total world domination, amidst a backdrop of political subterfuge.

Each kingdom has their own strengths – the desert sands, glittering castles, and strength in numbers, making your quest in Final Fantasy 16 one riddled with political implications.

‘From the slaughter, a new shadow will rise,’ the trailer’s narrator intones – in a monologue very reminiscent of classic fantasy. The entire sequence is very The Lord of the Rings in its presentation, with dramatic flourishes and a tale of light vs. dark.

Still, it paints an intriguing picture of Final Fantasy 16 – particularly given the interplay between historical medieval drama and lightning-powered magic blasts. In your journey, you won’t just be appeasing kings and queens, you’ll also be fighting with raging Gods, enemies drunk with Crystal magics, and angel-like beings.

‘It has been fifteen hundred years since the fall of our forebears, and Valisthea has been slowly dying ever since. Darkness spreads as day gives way to twilight, the Mothers’ flame now all but a flicker. And as the fringes fade, the people flock to the Mothercrystals.’

We’ll learn more about Final Fantasy 16 when it launches for PlayStation 5 in Summer 2023 [Northern Hemisphere]. This date, which appears at the end of the latest trailer, indicates the title is on track for its planned launch period.