D&D Dragonlance: Warriors of Krynn is a board game with a killer hook

D&D Dragonlance: Warriors of Krynn is a hybrid board game that jazzes up tabletop combat scenarios.
Leah J. Williams 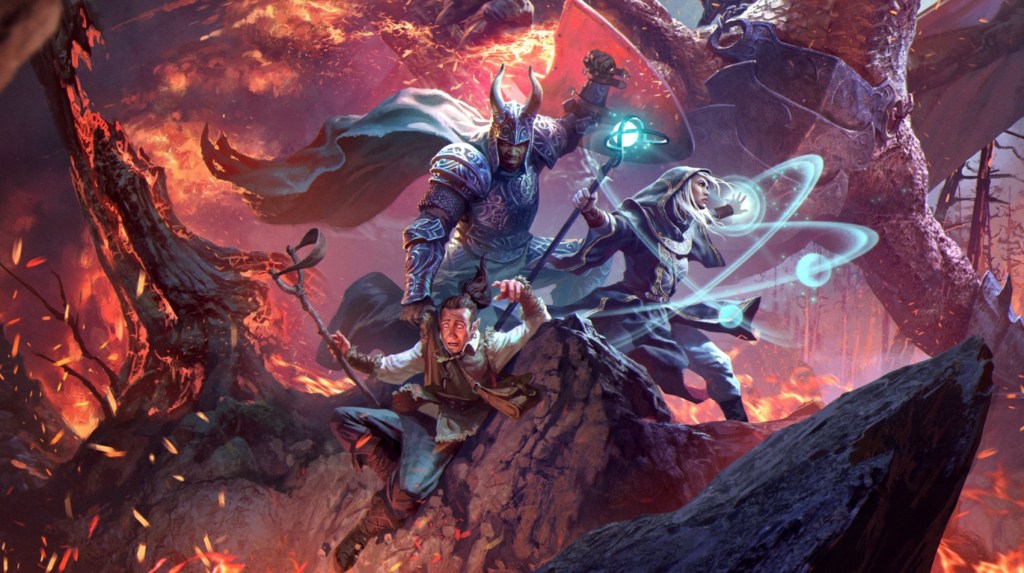 Upcoming board game D&D Dragonlance: Warriors of Krynn isn’t your average combat simulator. While it has all the hallmarks of a classic tabletop battler, it also has a clever hook that enhances gameplay. See, while it can be played as a standalone D&D board game adventure, it also integrates with the upcoming Dragonlance: Shadow of the Dragon Queen tabletop setting.

As players journey through this narrative adventure, they’ll initiate a range of special combat encounters – all of which can be played out on the Warriors of Krynn board, as guided by special rules.

In a recent media preview, the development team behind these companion tabletop experiences (Wesley Schneider of the D&D Studio team, and Rob Daviau, veteran board game designer) talked about what to expect when they launch simultaneously on 6 December 2022.

The return to Dragonlance brings war and chaos

Those familiar with the Dragonlance setting of Dungeons & Dragons will know it’s often driven by forces of war and conflict. The period explored in the upcoming Shadow of the Dragon Queen is no different – although it will begin in a peaceful period before all-out war begins.

As described in the media preview, players will kick off their tabletop adventures in the town of Vogler, a happy and idyllic setting where folks live and work in harmony. In the opening chapters of this story, peace means players can wander freely, even participating in activities like fishing with their fellow citizens.

But this peace does not last, and Vogler winds up being the first town targeted by the forces of the evil Dragon Army, led by the Dragon Queen Takhisis. Her army is made of brutes, including Dragon Army Ogres, and they soon bring Vogler to its knees.

The scenario then moves on to other towns, with heroes required to fight back against forces in standard tabletop combat encounters. If they have both the scenario book and the Warriors of Krynn board game, these battles can also play out on a much larger and more impressive scale.

Dragonlance: Warriors of Krynn connects directly with Shadow of the Dragon Queen

As players work through the Shadow of the Dragon Queen scenario book, they’ll occasionally enter full-scale battles. When this occurs, the book will prompt the players to (optionally) lay out the Warriors of Krynn board game, with select rules in place. Commanders will be set by the book, as well as certain combat conditions and win scenarios, letting players take on tactical combat gameplay in physical form.

All players need to do is grab their character’s miniature – or one of the generic character pieces included with the board game – and set up a battlefield with two opposing sides. The goal of the game differs by scenario, but players are essentially working to conquer enemies, and keep their forces on the battlefield strong. (A Dungeon Master can also join the action as a backup fighter if they wish – the board game is designed for 3-5 players).

Each turn, you have several choices to make. You can rally your troops, explore special dungeon areas on the map to find new items or tools, initiate combat (determined by a dice roll) or inspire your troops. Each of your soldiers on the battle has multiple hitpoints, but are vulnerable to being ‘shaken’.

This status refers to the mental state of your soldiers, and how they’re faring. Many of them come from the embattled town of Vogler, which as mentioned was an idyllic and peaceful fishing town, making them vulnerable to being scared and losing their strength as inexperienced warriors.

But if you rally your heroes together, using the skills of your battlefield leaders, you’ll be able to conquer your goals and move on with the overarching Dragonlance story setting. Once a major Warriors of Krynn battle is concluded, the Shadow of the Dragon Queen scenario book will guide you on your next steps through the main narrative.

In this way, Warriors of Krynn acts as a ‘Combat Mode’ for the scenario book, allowing players to immersive themselves in the story by actively taking part in skirmishes and troop commandment. Having a hybrid setting is an extremely nifty idea, and one that should certainly be integrated into more tabletop adventures.

Pairing a dense narrative with a more ‘active’ tabletop component is a frankly ingenious twist, and one that elevates both the board game, and the scenario book. It makes both more involved, and should help players visualise and enact the action of the Dragonlance campaign in grand fashion.

With special rules involved, and instructions to remove characters from play when they’re no longer active in the main story, the board game should also evolve to stay relevant to your personal adventure.

According to designer Rob Daviau, the game is most like his previous titles Pandemic Legacy and Cthulhu: Death May Die, with mechanics and combat taken from each. The gameplay loop looks to be very satisfying, and should certainly excite fans of these classic games, and fans of strategy and combat-based adventures.

Our brief look at Shadow of the Dragon Queen and Warriors of Krynn made us very intrigued about the future of Dungeons & Dragons, and the potential for more board game integration in upcoming tales. We’ll find out exactly how well this experiment works with an active crew of players when it launches on 6 December 2022.

Those who preorder the game on the Dungeons & Dragons website will gain early access to the digital version of Shadow of the Dragon Queen on 22 November 2022, but note: this does not include the board game.