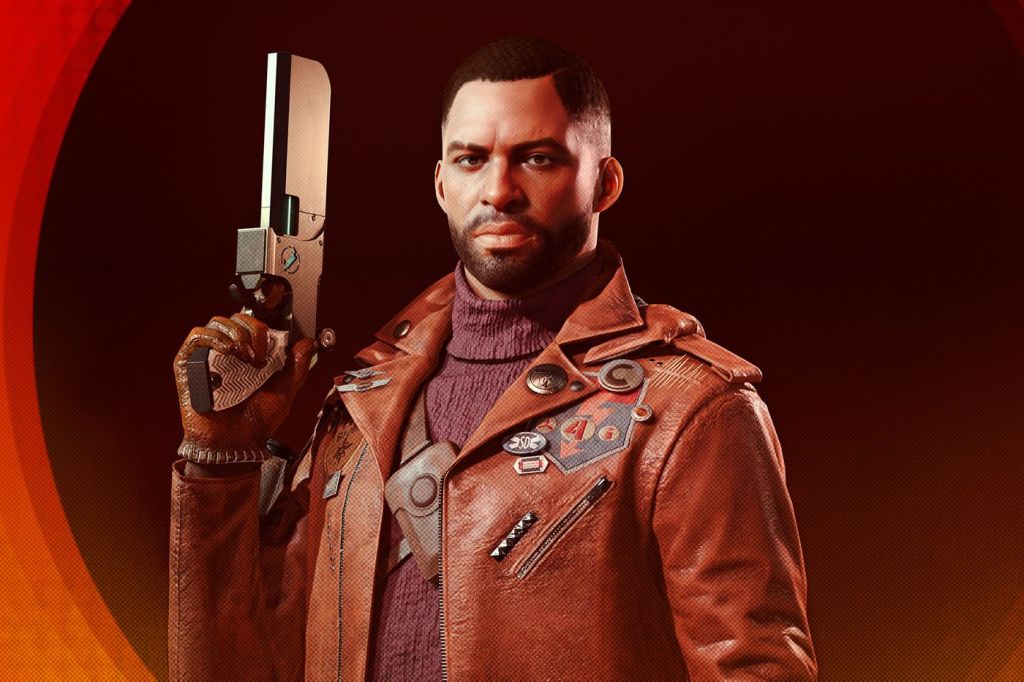 Deathloop voice actor Jason E. Kelley is back in a recording booth – with some speculating it means a Deathloop sequel is on the way. While there has been no official word on the game’s future from Bethesda, the rumour stems from hashtags used by Kelley while describing his exciting new venture.

Both #deathloop and #coltjustcolt were included alongside an image of Kelley looking happy and mic’d up in a booth, and the caption: ‘Oooooooooo! Cannot wait to share what this one is.’

In response to a fan querying whether he was leaking the existence of Deathloop DLC, Kelley replied: ‘Nooope. New title. That’s all I can say…nda.’ At this stage, it’s pure speculation as to what the ‘new title’ Kelley refers to is, with the hashtags used unintentionally muddying the waters.

He acknowledged as much in a later reply, stating he was working on a new ‘gaming title’ but not specifically a Deathloop game, as far as he could say.

It’s highly likely Kelley was simply sharing his past experiences as Colt while looking forward to the future, but that hasn’t stopped the hype train from running wild as fans speculate about what exactly his upcoming project is.

Given the closed nature of Deathloop‘s ending, it’s highly possible there is no further content planned – although this would be an anomaly, given Arkane’s track record.

Read: Deathloop Review – Proving that creativity is the best weapon

At this stage, it looks like Kelley’s use of hashtags has simply caused some minor confusion and unintentional leaps in logic. Taken at face value, the bottom line is Kelley is currently back in the recording booth to continue doing what he does best.

Given his prowess in Deathloop, and how he helped round Colt into such an impactful, relatable character despite rarely being seen, it’s great to see the actor nab more work. Any new gaming project would benefit from his particular talents.

Whether Colt returns or not, Kelley’s new project will one to watch. It may not be the Deathloop sequel many are hoping to see, but that shouldn’t stem the excitement here.