Hooked on You will feature a number of fan-favourite Dead by Daylight characters, including The Trapper and The Huntress.
Leah J. Williams 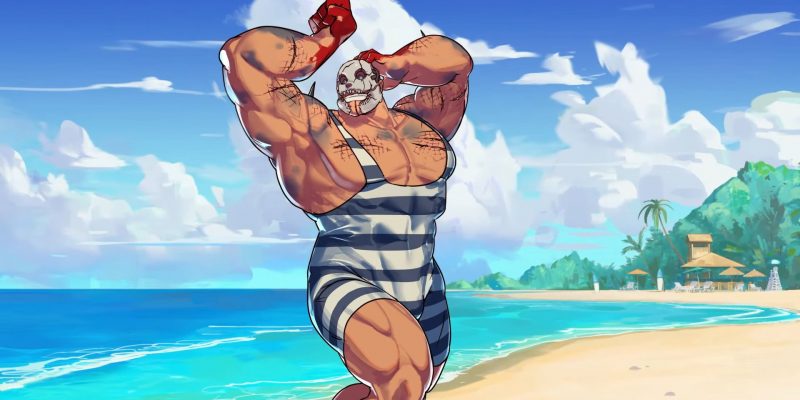 Dead by Daylight is a creepy survival horror game where players must escape from untold horrors that lurk in the night. In mid-2022, it’s getting a spin-off in the form of Hooked on You, a dating simulator that lets you romance all the evil creatures that want to hunt you down and murder you in the original game. That’s surely the basis of a healthy relationship!

Hooked on You appears to be a visual novel-style sim, with a range of fan-favourite characters available to romance, including: The Trapper, The Huntress, The Wraith, and The Spirit. Each has been given a loving ‘dating sim’ makeover for the game.

The Trapper is now an incredible muscular, swimsuit wearing bear. The Huntress is a ‘beach babe’ with a flowing dress. The Wraith has been given a free-flowing Hawaiian shirt ensemble, and The Spirit is looking pretty in shards of glass and a bikini.

You can check out all the fashionable new looks in the trailer for the game:

‘Welcome to Murderer’s Island,’ the game’s description reads. ‘Your companions: four dead-sexy Killers who, underneath their murderous exteriors, just want a little romance. Flirt your way into their hearts, uncovering dark twists along the way. Will you find true love, forge friendships… or get hacked to death? Only you can decide.’

While it appears the game was created as a parody of dating simulators, it’s getting a major launch on Steam in winter 2022 (Southern Hemisphere), and appears to be a fully-fledged game. The extent of gameplay is unknown, but it appears there’ll be plenty of opportunities for romance and good times when you enter the wonderfully-named Murderer’s Island.

As in Dead by Daylight, there will be a survival horror element to your twisted love, but at the very least, it’s good to know you may come out of the experience with a partner for life. Sure, they’re likely to be an evil killer whose day job involves chasing around desperate souls, but these are desperate times, after all.

Hooked On You is set to launch on Steam in winter 2022. At this stage, the game appears to be a PC-only release.