Haunted Chocolatier is more 'fantastical' than Stardew Valley, but it still looks like a real gem.
Leah J. Williams 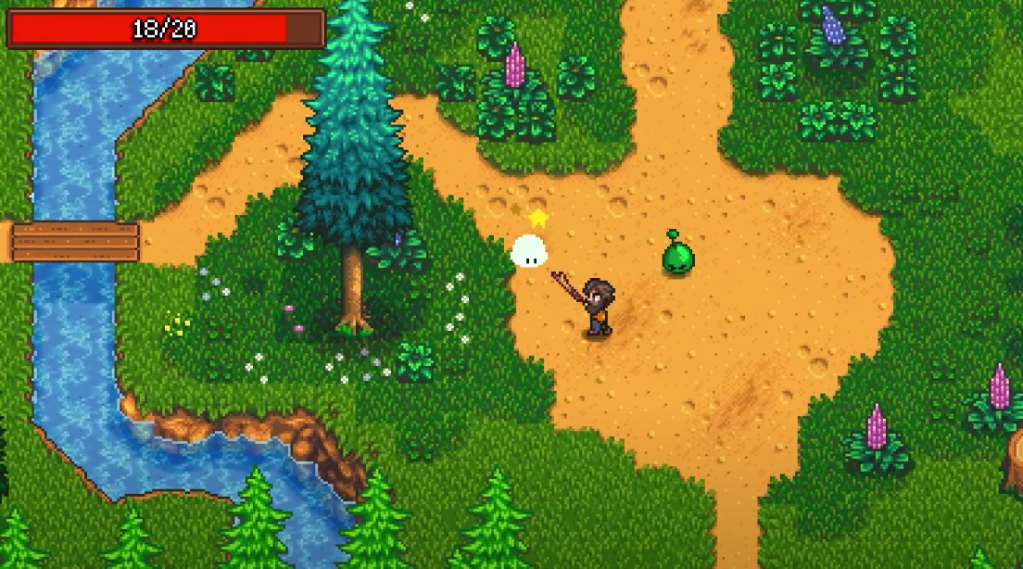 After tens years working on indie smash hit Stardew Valley, creator Eric Barone aka ConcernedApe has revealed his brand new game: Haunted Chocolatier. While it retains the same charming pixel aesthetic as Stardew, it does appear to double down on the original title’s spookier aspects with plenty of ghosts and hauntings to keep players busy.

‘In Stardew Valley, the focus was more humble: living off the land, growing food, and connecting to the people and nature around you,’ Barone explained in a new blog post. ‘With my next game, I wanted to explore more fantastical possibilities… experiences that take you beyond the ordinary. That’s where magical haunted ghost chocolate comes in.’

For fans of the weirder lore of Stardew Valley — the appearance of witches, wizards, ghouls and goblins — it looks set to be a real treat, bringing everything you loved about Stardew to the table, with a sprinkle of extra magic.

Read: Putting the ‘social’ in ‘social distancing’ with multiplayer apps and games

You can check out the first gameplay footage of Haunted Chocolatier via an early preview from ConcernedApe:

There are plenty of returning features here that fans will be familiar with. The combat appears to be an expanded version of the Stardew Valley original, and you can even spot returning slimes in this early footage.

You can certainly see ConcernedApe’s familiar style in every pixel, character portrait and landscape. That said, it does appear Haunted Chocolatier is straying away from the traditional farm sim formula, with a new focus on gathering ingredients, making chocolate and running a chocolate shop instead.

‘Of course, there’s a lot more to the game than that,’ Barone explained, ‘But I don’t want to get too deep into at this early stage, partly because I don’t want to be tied down to any particular concept of what the game is.’

While the gameplay seems fairly rounded in the early trailer, Barone did make sure to mention there’s still a ‘ton of stuff to do’ to get the game to a final release.

‘It will be a while before the game is done,’ he said. While he’ll be working on it as much as possible, it’s important to remember Barone is a solo developer and that Stardew Valley was a game ten years in the making. Early gameplay footage is promising, but the game is likely still a long way from being complete.

Whenever it releases, Haunted Chocolatier looks set to be another fun adventure to while away your time with. It has big shoes to fill, but it already looks more than capable of matching Stardew Valley‘s immaculate, zen vibes.