Bugsnax is bringing Bigsnax and body horror to Xbox and Switch

The Isle of Bigsnax is finally here, and it's set to land on Xbox and Nintendo Switch, too.
Leah J. Williams 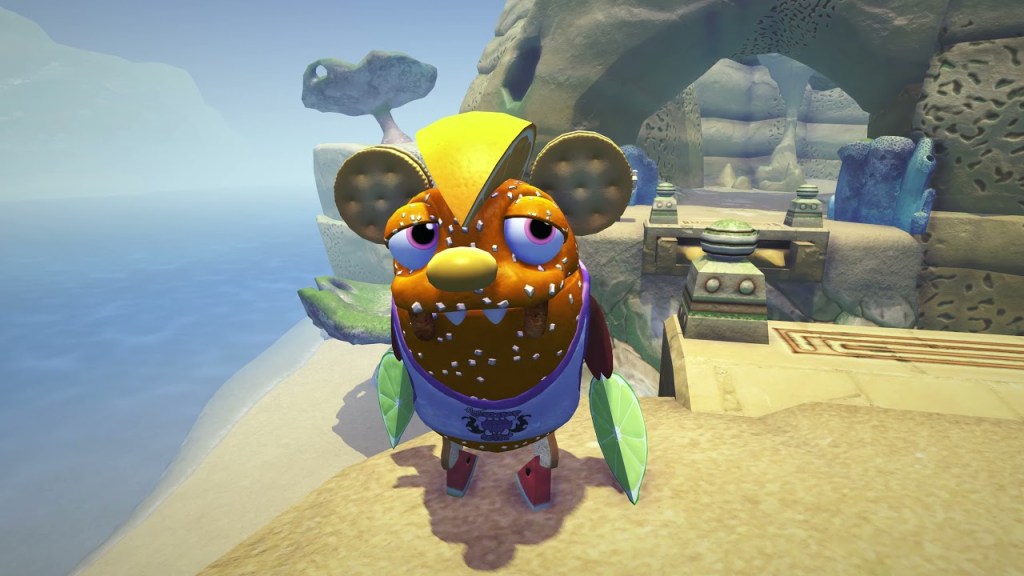 Nearly two years after launching for PlayStation, PC and Mac, Bugsnax is finally making the leap to Xbox and Nintendo Switch. On 28 April, the game’s brand new Isle of Bigsnax expansion will launch for all consoles, with the upgrade being free for everyone who already owns the game. It’ll add in a number of new Bugsnax creatures to the game, and around three hours of story-based content.

In this additional chapter, players will travel to the mysterious Isle of Bigsnax to discover a range of ‘giant-sized’ Bugsnax of various shapes and sizes. In the game’s initial launch trailer, plenty of these creatures were revealed, from a flying tortilla bug to a giant potato beast, a mantis celery stalker and a pasta shell crab.

It appears players will need to befriend and/or catch each of these Bigsnax to gain their abilities and transform the strange, blobby bodies of their Grumpus pals.

Read: You should play… Bugsnax, by Young Horses

For those on Xbox and Nintendo Switch who’ve yet to play the quirky Young Horses game, there are some things to know before diving in with this cutesy adventure: namely, that it’s not as cute or wholesome as it first appears.

Bugsnax is a brilliant exploration game, with a bunch of sleek catching mechanics, but it also comes with its fair share of body horror. Throughout gameplay, you’re able to collect Bugsnax creatures and use their abilities for yourself by combining and transforming your Grumpus character’s body parts in wild and terrifying ways.

Your character’s ears can become bananas, or sandwiches, or chips. Their legs can become candy hearts, or pickles, or chicken drumsticks. It’s all very odd, and may give players the heebie-jeebies. There’s horror lurking beneath the surface of Bugsnax, and nothing is as cute as it seems.

Keep this in mind, and you should have an absolute blast.

Busgnax: The Isle of Bigsnax launches as a free update for current game owners on 28 April 2022. Those on Xbox and Nintendo Switch will be able to purchase the game on the same date, with the Isle of Bigsnax included on launch. In additional great news for Xbox owners, it’s also launching on Xbox Game Pass with all content included.