The Australian studio behind the well-received Yonder: The Cloud Catcher Chronicles has announced their next game in partnership with international publisher 505 Games.
Chris Button 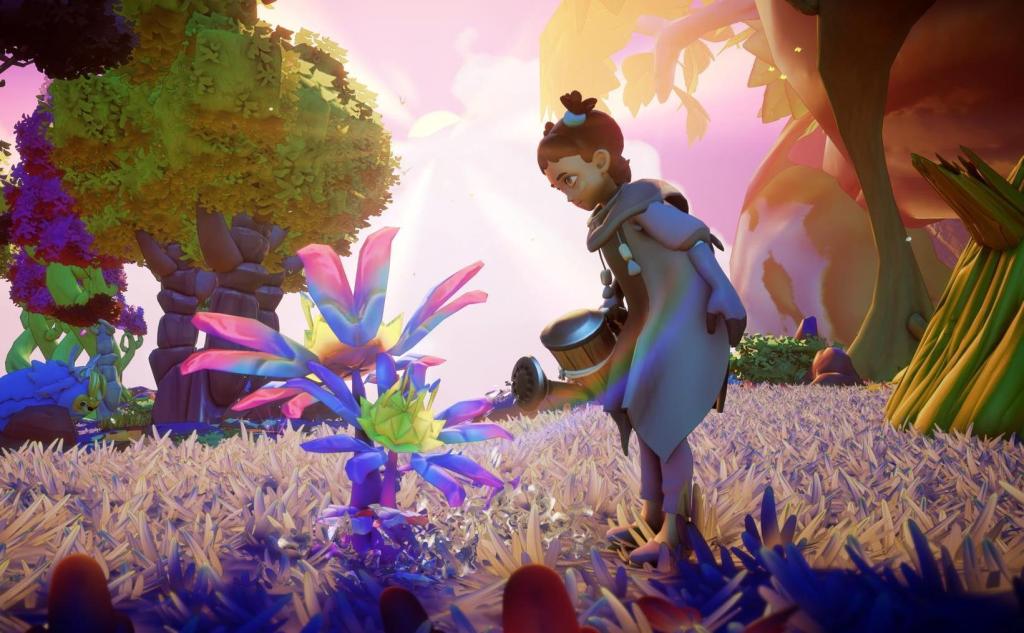 Brisbane-based videogame studio Prideful Sloth has announced its next release: Grow: Song of the Evertree, a vibrant world-crafting adventure with a focus on restoring nature, released in cooperation with international publishers 505 Games. The studio’s previous title was the well-received Yonder: The Cloud Catcher Chronicles.

Set across the Worlds of Alaria, Grow has you play as the last remaining Everheart Alchemist tending to the feeble sapling of the Evertree, while the rest of the world has been taken over by a malignant growth known as ‘The Withering’. To restore Alaria to its former glory, you need to explore, craft, and establish friendship with others, rejuvenating the environment in the process. In addition to this, one of the most intriguing parts appears to be the world-crafting and town-building elements, where by crafting World Seeds you create new worlds with different climates, such as meadows, deserts, frozen worlds, and unexpected surprises along the way.

From the official Twitter account, ‘Grow: Song of the Evertree follows the cozy gaming movement and is a breathtaking world-crafting sandbox with life management and exploration elements. Players are introduced to the once vibrant and colorful world of Alaria, abandoned and overrun by the mysterious Withering.’

Alongside Grow’s colourful visuals, the original soundtrack comes from BAFTA-nominated composer Kevin Penkin, known for his music for anime series Made in Abyss and Tower of God, plus fellow Australian games Florence and Necrobarista–the latter of which was one of ScreenHub’s best Australian games of 2020. Grow also includes the writing talents of Lee May, whose previous work includes several projects from Brisbane-based studios such as 5 Lives Studios’ Windbound, and Defiant Development’s Hand of Fate series.

Read: Best videogames from Australia and Aotearoa in 2020

Grow: Song of the Evertree is the second game from Prideful Sloth, following 2017’s Yonder: The Cloud Catcher Chronicles, a relaxing open-world adventure game set in an idyllic world. The small Prideful Sloth team formed after stints in the UK with triple-A game development studios such as Activision and Rocksteady to make their own games based on the team’s combined inspirations of Harvest Moon, Animal Crossing, Zelda, and Skyrim.

As part of Grow’s announcement and to reflect the themes of nature, Prideful Sloth and Italian-based publisher 505 Games are holding a wishlist promotion with TeamTrees and the Arbor Day Foundation to help restore forests worldwide. Prideful Sloth has committed to donating trees alongside various wishlist milestones on the PC marketplace Steam up to Grow’s launch later this year.

A release date for Grow has not yet been specified, but it is expected to release sometime this year on PC, PlayStation 4, Xbox One, and Nintendo Switch.