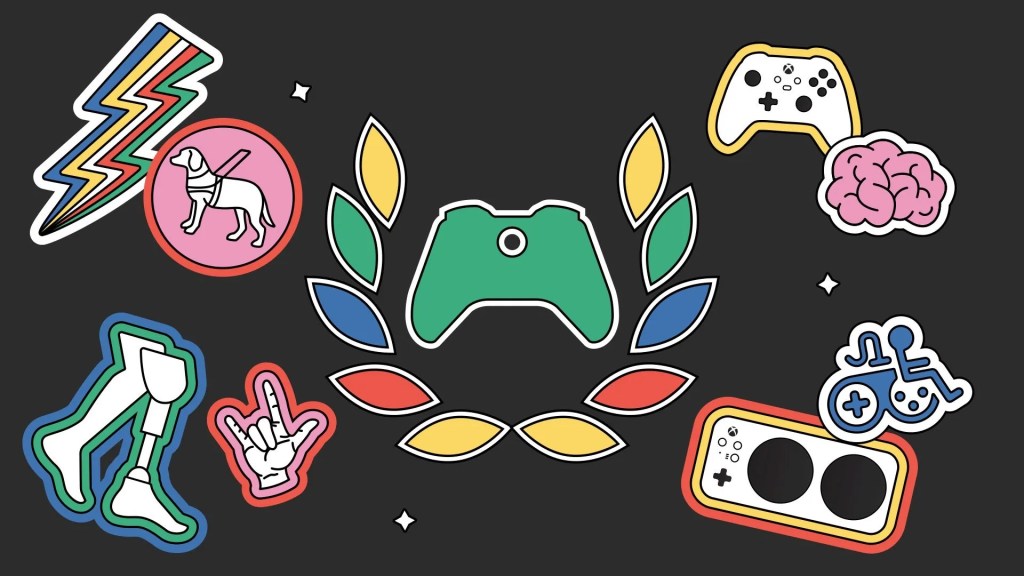 Xbox is celebrating Disability Pride Month for the first time, with a range of new inclusions and features on Xbox consoles and the Microsoft Store designed to celebrate people with disabilities, both seen and unseen. The company is a frequent advocate for accessibility in games, and provides a number of useful tools to encourage developers to incorporate accessibility into the foundation of their projects. This year, it’s shining a spotlight on individual stories, and working to create more visible representation for those with disabilities.

‘Gaming for everyone is our commitment to making Xbox a place where everyone has fun,’ Kaitlyn Jones, Accessibility Program Manager at Xbox told GamesHub via email. ‘It’s our ongoing focus to [bring] intentional, inclusive practices and thinking to everything we do at Xbox.’

In a blog post, Xbox has detailed these inclusive practices, which extend from launching an American Sign Language (ASL) Xbox Twitch channel, to filtering tags based on player accessibility needs, and even aiding the Family Gaming Database with information about game control schemes and how they suit various disabilities.

For players in the United Kingdom and the United States, there is also a Microsoft Rewards scheme that allows ‘points’ to be donated to organisations that support people with disabilities, including SpecialEffect, The AbleGamers Foundation, Warfighter Engaged, and DAGERSystem. Throughout Disability Pride Month (July), these organisations will be spotlighted on Xbox consoles, with those in select regions encouraged to donate points.

Everyone will also be able to learn more about how disability changes the experience of gaming via community blog posts shared throughout the month.

To actively engage its playerbase, Xbox will also shine a light on games collections on the Microsoft Store (Xbox and PC) and Xbox Game Pass that are ‘created by and reflecting the experiences of neurodiversity and people with disabilities’. Games highlighted include Citizen Sleeper, Forza Horizon 5, and Psychonauts 2.

New gamerpics, profile pictures, and avatar items on the Microsoft Store will also offer players a better chance to see themselves represented.

‘One of the best things other companies can do, and something Xbox does continuously, is partner with, and learn from the disability community when creating products and services,’ Jones said.

‘At Xbox, we realise that members of the gaming and disability community are the experts in their own experiences and by designing and creating with the community, we’ve learned we can achieve accessible outcomes that more effectively meet the needs and wants of our players as opposed to making assumptions or designing for the community.’

While the company will continue to innovate and work towards creating a more accessible gaming future, Disability Pride Month is an opportunity to have deeper conversations about what representation looks like, and how much work the gaming space still needs to do to ensure everyone feels welcome.

Read: Xbox is focussing on the future of accessibility

‘For developers, we are continuously encouraging them to incorporate accessibility from the start of the game development process while also partnering with the community, instead of at the end, as this will result in more people being able to play, and ultimately lead to a better game for everyone,’ Jones said.

Xbox is also working towards encouraging developers at all stages of the game creation process to consider the needs of their communities. Even if games are already launched, there are measures that can be put in place – speech-to-text and text-to-speech functionality, narrators, on-screen sign language, menu changes – to ensure accessibility.

‘We’ve seen many studios who have successfully patched in accessibility updates later in the development cycle, or in postproduction that have been able to unlock experiences for players who were otherwise blocked from play at a game’s initial release,’ Jones explained.

‘For studios completely new to accessibility, it’s never too late to consider accessibility improvements for titles well into production.’

With a range of development tools now being offered by Xbox, including the official Xbox Accessibility Guidelines, created in partnership with Gaming & Disability community, as well as testing services and resource hubs, developers now have access to all the tools they need to make their games more inclusive.

Even after Disability Pride Month is over, Xbox will continue to spotlight and celebrate these inclusive practices, and the people with disabilities who play games, create games, and work to make them better for everyone.