Video games that will make you see death differently this Halloween

The interactive medium can engage players in profound questions about grief, mortality, and what it means to move on.
Jini Maxwell 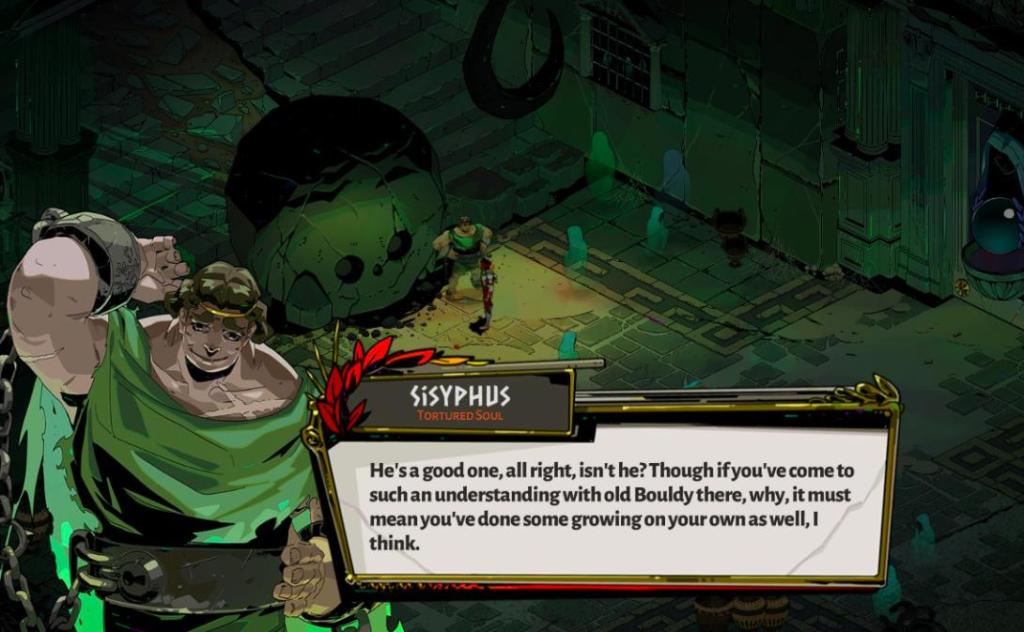 Supergiant’s Hades offered me exactly the kind of message I needed to get through 2020. Image captured from game.

Videogames are one of the most popular forms of entertainment in the world. From Nintendo classics, to the pandemic popularity of online multiplayer game Among Us, to military first-person shooters like the Call of Duty franchise, the medium seems to have something to offer everyone.

There are lots of factors attributable to this popularity: they can be escapist, or social. Role-playing games can act as a kind of digital dress-up box, where players can try on different identities, and immerse themselves in fictional worlds. The competitive edge of some games is thrilling: whether you’re playing against your friends, or working your way through a solo campaign, the taste of victory is sweet. And other games offer something slightly different: they engage players emotionally and philosophically, not just strategically.

2020 has seen the release of some really incredible games about death. Surprisingly, this probably isn’t a reflection on the year we’ve had – games take a long time to make, usually much longer than a year – but these games can be a salve, in a year when so many of us have experienced loss in some way. Some of them are fun and exciting, offering a lighthearted look at a grave (no pun intended) topic, while others are more reflective, using the interactive medium to engage players in real questions about grief, and what it means to move on.

I AM DEAD, Hollow Ponds

Look, the title sort of says it all. The only puzzle game on this list, I Am Dead is a beautiful, gentle puzzle adventure set (it will shock you to learn) in the afterlife. Here, you play as recently deceased museum curator Morris Lupton, who is tasked with finding several lost ghosts on his island home of Shelmerston. Accompanied by his dog Sparky, Lupton uses his  ghostly powers to move through objects, learn the island’s secrets, and draw out secret histories and memories from objects.

I Am Dead is a deeply whimsical experience. It’s as pretty as a picture book, with a quiet loveliness that both comforts and tugs at the heartstrings. Here, death is a comfortable backdrop to a gentle, supernatural tale that dwells on the intimacy of objects, and the material connections that make us who we are. Whether you’re looking for a relaxed puzzle experience, or an affecting meditation the ways we come to know and understand each other, in life and in death, this is the game for you.

Spiritfarer is another game set in the afterlife — but this time, you’re part of the team running the place. In this beautiful 2D game, you play as the newly-appointed Spiritfarer, who ferries the dead around on your customisable boat, fulfilling their last requests so they can rest easy. While the game looks and moves like a platform adventure game, most of the time playing is spent foraging for materials, growing a garden, cooking, managing resources, and keeping your otherworldly passengers happy while chipping away on the bigger quests. The artstyle is stunning, and the game feels designed to soothe. In Spiritfarer, death isn’t something to avoid or defeat; it’s a comfortable inevitability, to be approached with curiosity, generosity, kindness, and patience.

This visual novel turned heads on release for its singular, cinematic art style, which won an Australian Game Developer Award for Art, and its snappy dialogue. Set in a Carlton cafe where the recently deceased spend their last 24 hours on earth, it perfectly balances humour with heartfelt. The game isn’t miserable, and it’s afraid to get silly – a trio of ghostly robots separate the chapters, and the writing is defined by a dry humour that feels deeply Australian – but it’s also one of the most thoughtful, moving games I’ve played about loss.

As you spend that oh-so-limited period of time with this host of fully realised characters, Necrobarista delivers a powerful narrative about grief and letting go, within a sleek, sassy framework of great writing and gorgeous art. If you’re looking for a game that might convince someone that games are art, I can’t recommend Necrobarista more highly.

Let’s finish on a totally lighthearted note: Hades is just an incredibly good time. The latest from Supergiant Games was available through early access for PC at the end of 2018, but it was fully released on Nintendo Switch in 2020 this year. In it, you play as underworld prince Zagreus, who tries – repeatedly – to fight his way through his father’s underworld to the realm of the living, in the hopes of finding out who and where his mother is on the surface. But the underworld is a tough place, and Zagreus finds himself defeated, and defeated often, each time returning to his underworld home. With each death, the player is offered more options to interact with other denizens of the underworld, and the plot deepens. In every escape attempt, different Olympian gods offer their aid in the form of boons, which affect the way Zagreus’ different weapons work.

It’s hard to overstate how much fun Hades is. Even for someone who doesn’t play a lot of action games, the game is approachable, with a God Mode that you can toggle on and off at any time, which offers a generous boost to your ability to resist damage. The writing is witty, warm and deeply charming; any mythology or philosophy nerd will grin when you happen across affable Sisyphus and his friend ‘Bouldy’ in Tartarus, or Patroclus sulking in Elysium, and building relationships gives the game a sense of continuity that dampens the sting of your (frequent) defeat.