The Most Anticipated Australian Games of 2021

Let's take a look at the most exciting games releasing this year, from Hollow Knight: Silksong to Dead Static Drive
Jini Maxwell 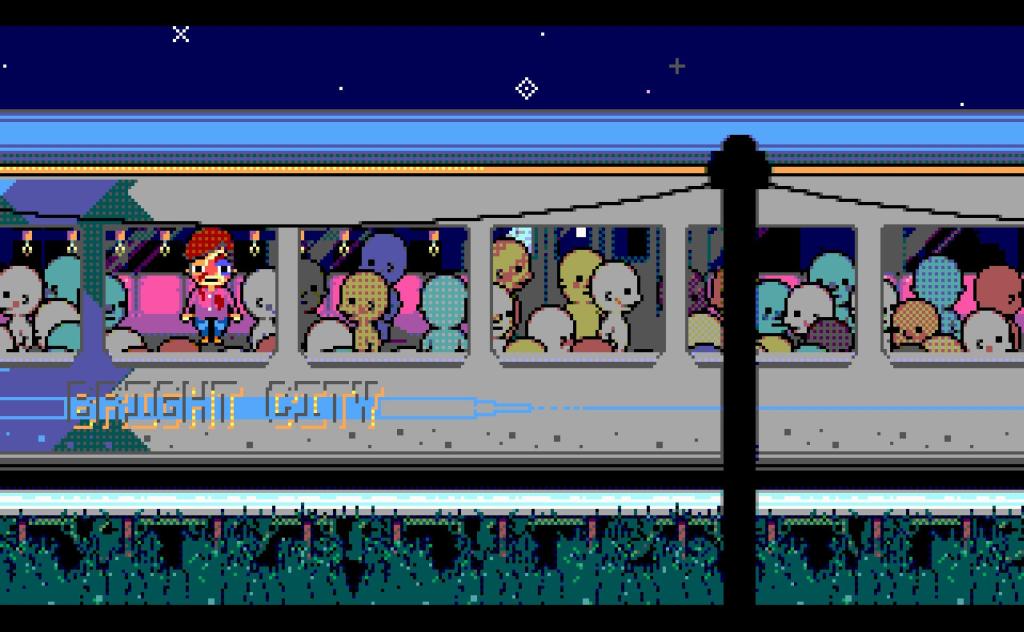 It’s a new year, the sun is out while remnants of the hell year that was 2020 may have leaked a little into January, I’m feeling positive, not least of because of the incredible roster of videogames set to release this year. This year will see the culmination of incredible hard work from some of Australia’s most innovative developers. Whether you want to sink into a seaside pastel dream, or challenge yourself in a gothic metroidvania action-RPG, 2021 has a release for you. These are my picks for the most anticipated Australian games for the new year.

When I heard that Olivia Haines was working on a longer narrative game, my heart skipped a beat. Haines’ first full length title, Surf Club, is a narrative adventure game about a young woman named Holly who returns to her seaside town in the hopes of rekindling a past relationship. The game explores the murky middle ground between the past and the present, as her experience of her home town is coloured by a wash of memories.

Having fallen in love with her dreamlike pastel art style, and the tender, melancholic mood from her small art games, Terracotta and Dollhouse, I knew any longer title from Haines would be an instant favourite of mine. I’ve been anticipating further details since I saw she had a game funded in the last round of Film Victoria Games Production funding. As someone who grew up in a small seaside town, I immediately connected with the premise, and the nostalgic focus appealed to my terminal wistfulness. From the dreamy snippet of 80s synths we heard in the announcement trailer, it sounds like Eli Rainsberry’s soundtrack is going to be a really special accompaniment to a narrative I can’t wait to experience.

Surf Club will be released on Mac and PC.

Knuckle Sandwich is a turn-based RPG from Andrew Brophy. Set in the fictional Australian town of Bright City, and inspired by Warioware the game follows a young man on his first day in a new job – a first day that is quickly derailed by chaos, cults and capitalism.

There are so many positive things I could say about Knuckle Sandwich just from playing the demo. I love the massive range of fast-paced minigames; like WarioWare, they come at you so quickly they don’t give you time to feel stressed about skill or performance, and the result is combat design that feels thrilling and rewarding, but also comedic and loose, a dynamic that perfectly mirrors the narrative. The game’s story pairs real world themes like coming of age and gentrification with a strong dose of the otherworldly, perfectly enmeshed in Brophy’s eclectic, experimental design aesthetics.

Outside of the soundtrack, and additional art provided by Olivia Haines and Joanna Tran, Brophy has developed Knuckle Sandwich mostly on his own over the past six years. The confidence of that decision is absolutely apparent in the game itself; it’s vibrant, strange, and the world feels fully realised. It’s so exciting to see work that has such a clear, unique creative vision, and I can’t wait to see it fulfilled. I’m not sure how else to put it except that this game just looks incredibly good.

Knuckle Sandwich will be released on PC and Mac

I don’t play many multiplayer games – for me, videogames are a way to take time for myself. But after playing the demo at PAX Online last year, it’s clear that Innchanted is a game with a lot of heart. A co-op game about running a magical tavern and unseating a powerful wizard (who just happens to be your landlord, Innchanted’s cute, cartoony art-style and lighthearted dialogue belie its radical politics.

DragonBear Studios is one of the most, if not the most, diverse game development studios in the country. Inclusive practices are core to its artistic values, and this is made manifest in every creative decision that has gone into Innchanted, from soundtrack, to hiring, to design. From first principles, the team has collaborated with Indigenous communities, led by Yarrer Gunditj game designer Phoebe Watson, to create a fantasy world that didn’t draw on European mythology. Instead, the world of Innchanted is shaped by Indigenous culture and lore, using the accommodating, friendly format of the couch-co-op to explore themes of decolonisation and community.
Innchanted will be released on PC.

Here’s a secret: there’s nothing I like better in a videogame than a good fishing mechanic, or a long drive. By the looks of things, Dead Static Drive has perfectly captured the latter. In its earliest stages, Team Fanclub’s survival-horror game was inspired by isometric, top-down racing; over time, it evolved into a survival-horror game, where the player journeys through a post-apocalyptic America, facing the nameless horrors that the earth has spawned, and making (or breaking) alliances with other survivors.

The game’s dark, warm art style feels at once retro and totally modern; combined with pared back environmental audio design, the world is at once frightening and inviting. To me, this game feels like a Pandora’s box: sitting in the corner, ominous and unknown, absolutely begging to be opened.

Hollow Knight: Silksong is the much anticipated follow-up to Team Cherry’s Hollow Knight, a metroidvania action-adventure game that exploded onto the scene in 2017 to near-universal acclaim, selling over 3 million copies on Mac and PC, as well as releasing on Xbox One, Playstation 4, and Nintendo Switch. The sequel will see the player take the role of Hornet, the princess-protector of Hallownest, who adventures through an entirely new kingdom, rendered in Hollow Knight’s stunning signature art style.

I will admit, it’s a little forward of me to include Silksong on this list; Team Cherry have remained pretty quiet about development, an attitude I completely respect, on top of the fact that many releases have been delayed due to COVID-19. But given the stunning trailers Team Cherry have already released, and the level of detail available about the game (it will include 150 new foes! A crafting system! An entirely new suite of attacks and silken abilities!) it would be  remiss not to mention it. And regardless of whether it’s confirmed for a 2021 release, I can guarantee that Silksong will be living rent-free in my mind all year either way.

Hollow Knight: Silksong will be released on Mac, PC, Linux, and Nintendo Switch

Ghost Pattern’s Wayward Strand is set in the 70s on a floating airship hospital above regional Australia. The game follows teenage journalist Casey Beaumaris whose exploration of the airship, and interactions with residents, you control. Over the course of three in-game days, Casey can shadow staff, form intergenerational friendships with the airship’s residents, or learn about the airship’s dark history.

The narrative structure of this gentle, heartfelt game takes its inspiration from live interactive theatre events like Sleep No More, which tell simultaneous, multi-layered stories, where the player’s experience is completely shaped by what they do (or don’t do) with the limited time they’re given. With this narrative structure, every playthrough offers the opportunity to experience those three days from a completely different perspective, offering different glimpses into a fully realised fictional world. In fact, it just picked up a spot on the Digital Design shortlist at the Victorian Premier’s Design Awards.
Wayward Strand will be released on Mac and PC.

There are also a handful games currently in development that I’m keeping a eager eye on, though their release windows aren’t clear. First up is Chorus, an adventure musical game, and the debut title from Summerfall Studios. Led by managing director Liam Esler (formerly of Gaymer X Australia, GDAA), and writer David Gaider (formerly BioWare, Beamdog), the studio launched at the end of 2019, with a view to making narrative-driven games.

Last year, Worm Club also received funding from Film Victoria to work on the third installment of the Frog Detective series. Frog Detective is both exactly what you might expect from the title, and also delightfully surprising and fresh; the series follows the eponymous frog’s adventures solving silly mysteries in gorgeous environments, rendered in Creative Director Grace Bruxner’s characterful 3D art style. Frog Detective 3: Corruption at Cowboy County will no doubt be an excellent addition to an already excellent series.

Worm Club’s previous game, Frog Detective 2: The Case of the Invisible Wizard.
And finally, Paperhouse Studio are at work on their second title, Wood and Weather. The studio’s debut, Paperbark, told the story of a wombat in bushfire season in a beautiful watercolour style, narrated by Camp Cope’s Georgia Maq.
Wood and Weather is similarly interested in telling Australian stories about the environment. This game deals with the hefty topic of climate change with levity and pathos, exploring themes of environmentalism, chaos and community through a playful lens.
Even this early in development, the game’s sense of humour shines as the characters in the game deal with increasing degrees (no pun intended) of climate chaos. It promises to be funny, heartwarming, and offbeat. As with so many great games – the real adventure is the friends you make along the way.