The Batman is basically an Arkham City adaptation

The Batman is a gloomy, intense thriller that owes a lot to Batman: The Animated Series and Arkham City.
Leah J. Williams 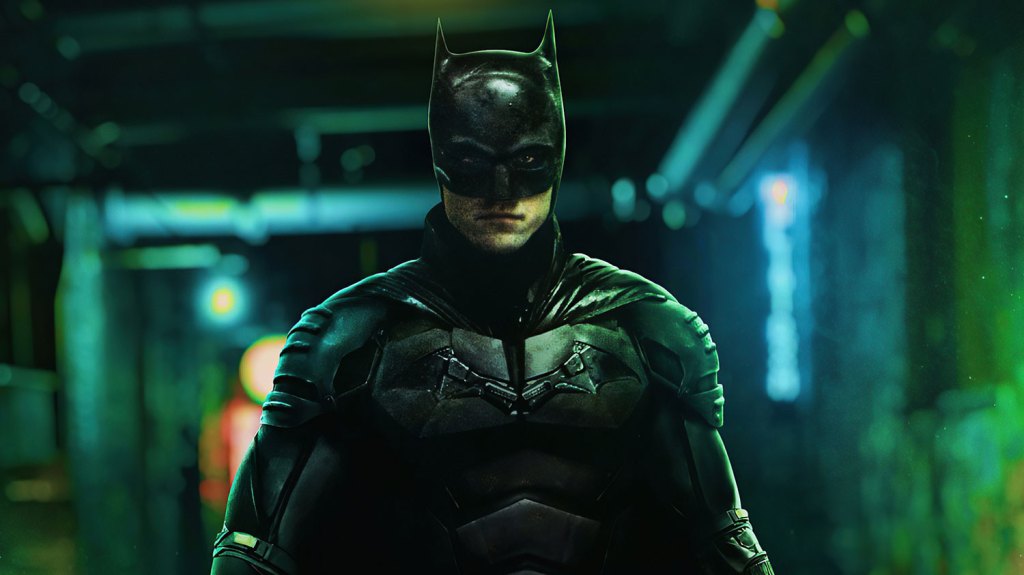 The Gotham City of The Batman is alive with gloomy hues, endless rain, and a neon glow that carves a path through the darkness. It’s a city that will feel very familiar to fans of Rocksteady’s Arkham video game trilogy, with clear inspiration pulled from this gritty interpretation of Batman mythology, as well as beloved show Batman: The Animated Series.

So far, it’s the best interpretation of Gotham we’ve seen on the big screen – the one that feels closest to the grimy, noir origins of the comics. Here, Gotham is a barely functional city, one ruled by crime and lawlessness, and given to dilapidation as city council members favour corruption over rebuilding ancient infrastructure.

From the early story beats, the bones of the Arkham franchise emerge clearly in the film. Beyond the suit similarities, Robert Pattinson’s version of Batman feels as brutal, serious, and hard-hitting as his Arkham counterpart. Action sequences feel particularly inspired by the video games, with lithe, fluid action sharing a strong visual resemblance to the chain combat of the games.

As in the games, a number of gadgets also play key roles in the film – with the Batarang in particular being a strong weapon of choice. Detective Mode even gets a bit of a look-in here, with moments that directly reference the previously-ignored ‘World’s Greatest Detective‘ moniker that Batman has garnered in the past.

The Riddler is the perfect adversary to demonstrate these skills: with every clue, Batman circles closer to the terrible truths at the heart of the film.

Read: Film Review: The Batman returns on a staggering scale

Beyond the action of The Batman, even the character interpretations and world-building seem to owe a lot to the Arkham franchise.

Colin Farrell, who’s almost completely unrecognisable as the sneering Penguin, wears facial scar prosthetics that closely align with the mob boss version of the classic villain we see in Arkham City. His characterisation is similar, too, as is the appearance of his home base, the Iceberg Lounge.

While this interpretation is also more in line with the comics than past iterations seen in Gotham and Batman Returns, The Batman‘s Penguin also feels heavily inspired by the annoying, ever-present proprietor of the games, who often attempts to weasel his way past Batman’s crime-fighting efforts.

Zoë Kravitz’s Selina Kyle (Catwoman) gets a similar treatment. As a secondary protagonist in Arkham City, she plays a key role in taking on Arkham’s thugs by infiltrating the city’s criminal element. While she’s far from the rich jewel thief played in the games, she shares similar motivations to her Arkham counterpart – and shares the same cat-like reflexes and combat skills.

The relationship between ‘The Bat’ and ‘The Cat’ in this interpretation is startlingly similarly to Rocksteady’s version, too. While Kyle’s motivations are cloudy, she has a strong sense of loyalty in The Batman, one that guides her actions. She’s steadfast and angry, and fights for a better city. While Catwoman plays a reduced role in Arkham City, her strong motivation and loyalty are shared with her movie counterpart.

Each character exists in a glowing city that feels ripped right from the video game, from its towering neon tubes to its rocky, politically-charged, poverty-ridden city. Each street corner is covered in mud, and crime is rampant on slick roads and rickety public transport.

In the same way they walk the streets of Arkham City, The Batman depicts a Gotham ruled by intimidation, and a mob mentality. While police rally to clean up, and politicians run campaigns on the promise of renewal, Pattinson’s Batman fights for vengeance and justice in an unforgiving city.

Along the way, he’s also forced to contend with garish, smarmy clues from The Riddler, who drops hints at a wider conspiracy through tongue-in-cheek riddles that poke and prod at the seams of the city.

The Batman and Arkham City share a lot in that regard. They’re both stories of heroes fighting to find the light in versions of Gotham that feel economically and politically broken. Both Batmen contend with psychopaths looking to take advantage of a system that prioritises the rich, and forces desperate people into poverty. Both are motivated by the core belief that there is still hope, even when times are darkest.

Like Arkham City before it, The Batman displays a reverence for the comic book history of Batman, and presents an interpretation of this world that feels grounded, realistic, and incredibly impactful.

While superhero fever has overtaken cinema screens in the last decade, The Batman is a clear standout, thanks to its reverence to the past, and the way it pays homage to the modern Batman mythos found in video games, and on screen.

The Batman lands in Australian cinemas on 3 March 2022. This reviewer was provided with a ticket to the premiere, courtesy of Universal Pictures and Warner Bros.