Splatoon 3 preview: A great entry point for new squids on the block

Nintendo's Splatoon 3 builds on the success of the series, with a whole lot of chaotic and colourful fun to boot.
Emily Spindler 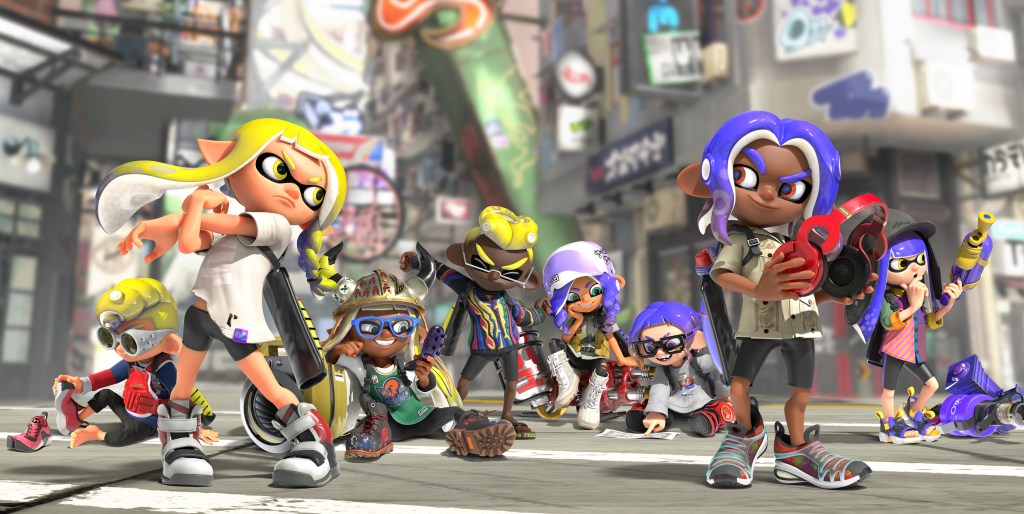 Half a decade since the previous installment in Nintendo’s third-person shooter Splatoon series, Splatoon 3 is almost here, and it brings with it a whole lot of colourful, high-velocity gameplay, and plenty of ink. Nintendo provided GamesHub with the opportunity to get a hands-on preview of the upcoming game to test out the gameplay before release and get a closer look at how Splatoon 3 is building on the success of its predecessors.

The preview included three game modes: the single-player campaign, and the multiplayer Turf Wars and Salmon Run. From the outset, it’s clear that this game is catered both to fans of the series, as well as complete newcomers. As a member of the latter category, there’s plenty of space given to learn the basics, which include the ability to use motion controls for greater precision.

Single-player mode: Return of the Mammalians

The single-player story mode, called Return of the Mammalians, is set in the world of Alterna and sees your squid kid explore a range of levels with a wide variety of puzzles and challenges to overcome. This is definitely a game where thinking outside the box is needed to progress through the story mode, with the addition of your new companion Small Fry who can be thrown to reach hard to access loot or to distract enemies.

The enemies in question are the Octarians, who have now sprouted hair in a rather disturbing turn of events due to a substance found on Alterna. Overall, the story mode appears to be pretty similar to that of previous games, albeit with a facelift, though that’s not a bad thing given how successful previous Splatoon releases have been.

While the single-player mode is a great starting board to exploring the story and getting a handle on moves and abilities, such as Squid Surge which gives you an extra boost while jumping, the multiplayer modes are where Splatoon’s fast-paced gameplay really gets a spotlight.

The 4v4 Turf War game mode involves working to cover as much of the map in your team’s ink, all the while battling with the opposing side as you race against the clock. It’s quite easy to get stuck into ‘splatting’ your opponents and losing sight of the real goal, making sure you have a higher percentage of ground covered than the other team. Our team managed to clutch a single Turf War win, but the other two rounds were hard-fought, with the smallest percentages separating the victors each time.

For a quite light-hearted game, things turned competitive quite quickly, which speaks to the draw of the multiplayer gameplay and the dynamic nature of the mode. An additional version of Turf War that was not shown during the preview is the three-team mode, Tri-colour Turf Wars, that will be available during Splatfests. This sees four players start in the centre of the map as they defend against two smaller teams of two that attack from each side. I’m expecting it to be just as chaotic and high-energy as the two-team version, and undoubtedly will require some Herculean teamwork to pull off as the defenders.

Turf Wars are great for competitive gameplay, but for those wanting to get the multiplayer experience in a player versus enemy mode, Salmon Run is perfect for you.

Salmon Run is the four-player co-op game mode, where your team fights against waves of Salmonids and larger bosses while working to collect enough eggs. Splatoon 3 introduces a couple of big changes to the game mode that players of the previous titles will be happy to see; the first being the ability to throw eggs, either into or closer to the basket in a pinch, as well as the option to play the mode on demand with a group. Previously, Salmon Run was available in shifts rather than at any time if you wanted to play with friends. Given the difficulty of getting a group of four people on any game at one time, this is sure to be a welcome amendment.

Salmon Run has a sliding difficulty scale which can be amended based on your skill level during private local matches, but our team played at 5%. Even with the low difficulty rating, it proved to be very challenging. Defeating lots of enemies doesn’t automatically equal success; get too focused on combat and miss your egg quota and the whole mission is failed.

New enemies keep things interesting for even the most seasoned Splatoon players, with bosses like the Slammin’ Lid encouraging you to test out new tactics and find weak spots. Familiar faces like the Steelhead make a return too. Each enemy presents a new challenge to overcome and learning how to tackle these with ever-changing weapons is precisely why Salmon Run works so well.

During Salmon Run, your entire loadout is fully randomised after each wave and is a great way to get to know all of the weapons at your disposal while being thrown into the deep end.

There’s a wide range of weapons to choose from across the whole game, too, including the newly added Splatana Wiper, which is wielded like (you guessed it) a katana. There’s also the Tri-Stinger, a bow and arrow that sees three exploding shots of paint fired at once. The Tri-Stinger is great for short and long-range, with the ability to fire vertically while jumping and charge-up shots. Classic weapons like the tried and tested Splattershot make a return too.

On the accessibility side of the game, Splatoon 3 retains the option of locking in your ink colour for those with colourblindness, which is a welcome inclusion in a game so heavily centered around colour. The (admittedly difficult to master) motion controls can also be switched off, as well.

Nintendo has committed to two years worth of content following release, so players can expect to see new cosmetics and other additions, on top of the already large selection, continue to be introduced long after launch.

Splatoon 3 is already shaping up to be a whole lot of fun and chaos amongst all the striking visuals and bold colours. For those keen to give the game a try ahead of the release on 9 September 2022, there’s a Splatfest World Premiere starting at 10:00 am AEST on 28 August 2022 for all Switch players, giving players the chance to experience Turf Wars (including the three team Splatfests from 6:00pm-10:00pm AEST) in all its mayhem.