After going deep into the competitive multiplayer rabbit-hole, Rainbow Six is bringing the series back to its cooperative roots, with a fantastical twist.
Edmond Tran 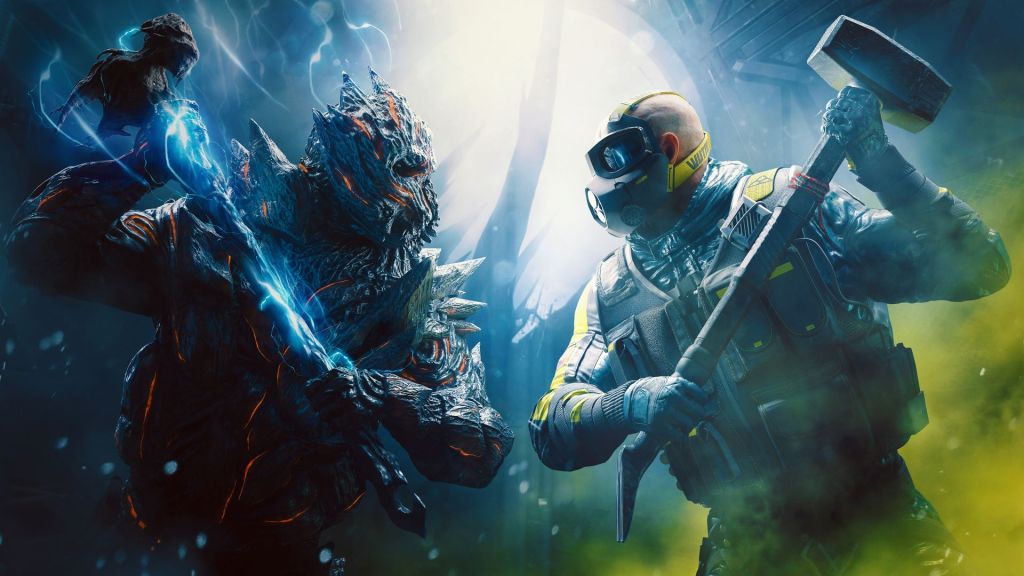 For the longest time, Tom Clancy’s Rainbow Six was a cooperative tactical shooter series about finding ways to breach a high-security location, completing an objective as efficiently as possible, and getting out with your team and any hostage intact. The original 1998 game felt like a revelation at the time, despite the very high degree of challenge that came with its realistic scope. After a 10-year run of games, and a break that was almost as long, Rainbow Six Siege arrived in 2015 to focus on competitive multiplayer, eventually to great success, after some early stumbles.

Now, Rainbow Six Extraction (formerly Rainbow Six Quarantine before the whole pandemic thing) is looking to bring back cooperative play to act as the other side of Siege’s coin, albeit with an extremely fantastical twist – it’s counter-terrorism operators against… uh, parasitic aliens. It might seem like a weird combo, but as someone who loves the XCOM brand of tactical alien engagements, I know it can work.

With Siege’s asymmetrical multiplayer metagame growing ever more complex as time goes on, between new characters (Operators) and mechanics being steadily added, as well as the game’s foray into the esports world also being a focus, it can be tricky to keep up with if you want to stay competitive.

That’s the peril of ongoing live-service multiplayer games of any kind – falling off the horse one day means getting back on is going to be a mammoth effort.

I suspect Extraction exists, at least in part, as a more approachable pathway into (or back into) Siege, since it’s strictly a player versus environment (PvE) game. The game features many of the familiar operators found in Siege, albeit some with tweaks to their unique abilities in order to be a little more effective against monsters who are not of this earth.

Naturally, there’s a progression system for each individual Operator, which gradually expands their abilities, but after a few hours with a hands-on preview build of the game, it seems to be the kind of game where no matter where you or your teammates are in terms of skill or personal game progression, you can still experience the kind of satisfyingly tense, tactical gameplay that Rainbow Six is known for, without feeling out of your depth.

It sounds like that was a big part of the thinking in regards to the inception of the project, according to Thomas Hillion, a Game Analyst on Extraction.

‘For people who have never played Siege or are not comfortable jumping right into a competitive environment, Extraction can definitely be a good way to approach the franchise,’ he told GamesHub via email. ‘The co-op aspect of the game lets you set your own pace and approach, allowing players to take on the learning curve at their own speed; It should also appeal to anyone who enjoyed Siege but is looking for a more cooperative experience with friends.’

The game flows like this: Your squad of three enters a map with an initial objective, whether it be to rescue a hostage, take out or capture an elite alien enemy, or hold a series of control points. Whether you succeed or fail the objective, you’ll need then make a choice: either extract the squad and leave the mission to reap the progression rewards, or risk pushing forward to a location further afield to take on a new, potentially more challenging objective for increased gains. Both paths can be challenging in their own right.

Taking damage with a particular character in one map might flag them as injured for the next, which encourages players to switch characters regularly. Even if those alternate characters might not be as advanced or high-powered in terms of personal player progression, there’s always some significant amount of contribution they can make – part of the reasoning why it seems like a friendlier game.

The thoughtful, tactical pace of Siege continues to remain the focus in Extraction, which means it’s often beneficial to take things slowly, scout out the situation with recon gadgets, use stealth and coordinated maneuvers where possible, and use your ability to reinforce and destroy the environment to your advantage. Extraction is not the kind of PvE game that can devolve into a Horde Mode, where you endlessly gun down waves of enemies. You’d run out of ammo pretty quickly, for one, and the kinds of abilities the alien antagonists have usually means you’re always at a disadvantage – your movement is slowed while walking on alien gunk (unless you spend ammunition to break it apart), certain enemy types can take you out in one hit if you don’t keep your distance, others can explode – lots of familiar ideas to those who might have played something like Left 4 Dead.

If a teammate is downed and unable to be revived, you’ll have to return to the map as part of a different mission, and perform a special retrieval objective to pull them out. But it’s dangerous – the one retrieval mission we tried required a pretty high degree of coordination we weren’t able to achieve in our first hours with the game. Knowing when to cut your losses and make a run for it is an integral (and compelling) decision to make.

One high-level objective we played through during the preview session was essentially an arena-based boss fight that, to me, felt like it could have been pulled straight out of something like Destiny 2. My two squadmates and I would run around the arena we had been teleported(?) to, trying not to get caught out by the devastating area-of-effect attacks and teleportation abilities of the so-called Protean, while also whittling away its enormous health bar with our weapons.

We lost, of course. Once both of my teammates were down, I was left to string the Protean around in circles while firing my sidearm at it in futility. This particular objective felt at odds with the rest of what we had spent our time doing during the session. But it’s possible we were going about it in the wrong way.

According to Hillion, the new thematic scenario of Extraction ‘definitely allowed for more flexibility; to explore a bit more what can be done with the game and the mechanics. So we took the chance to crank it up a bit and play with some more unique AI elements or new gadgets.’

‘It might seem like a stretch at first but players will soon realise that the game really plays like a Rainbow Six game. You have to play tactically and coordinate with your teammates if you want to succeed.’

I’m sure we would’ve succeeded on a second attempt. Probably.

Naturally, the coexistence of Extraction while Siege continues to be played by a healthy audience also means the game serves as a pathway to onboard new or lapsed players back into the Siege community. It’s certainly a lower-stakes way to become familiar with the game’s pace, the characters and their abilities, and potential strategies.

Despite the change in tone, the design philosophy appears to have remained the same.

‘The challenge is always to respect the main principle of “lock-and-key”’, Hillion said. ‘Enemies, objectives and situations are the lock and gadgets, Operator abilities and teamwork/cooperation are the keys.’

‘It was challenging because there are plenty of good ideas that emerge during the game development,’ he continued, citing the exciting new prospect of the fantastical scenario. ‘But sometimes they just don’t fit into the whole picture so you end up leaving them on the side or reworking them until they fit the bigger picture.’

Rainbow Six Extraction releases on 20 January 2022 on all major platforms. The game will feature cross-play between all versions, and is also available as part of an Xbox Game Pass subscription, as well as Ubisoft+, naturally.

Ubisoft clearly wants to kickstart the player base for Extraction, and I’m definitely curious to see how the game fares in the long run. If anything, it’s definitely a bold direction to take the series and differentiate it from the rest of Ubisoft’s Tom Clancy’s slate.

An in-development build of Rainbow Six Extraction was played over a 4-hour period in a multiplayer session arranged by Ubisoft for the purposes of this preview.