A filmmaker leaps into Unreal Engine with a games lecturer, and discovers a new world of production that leads him to prestigious festivals.
David Tiley 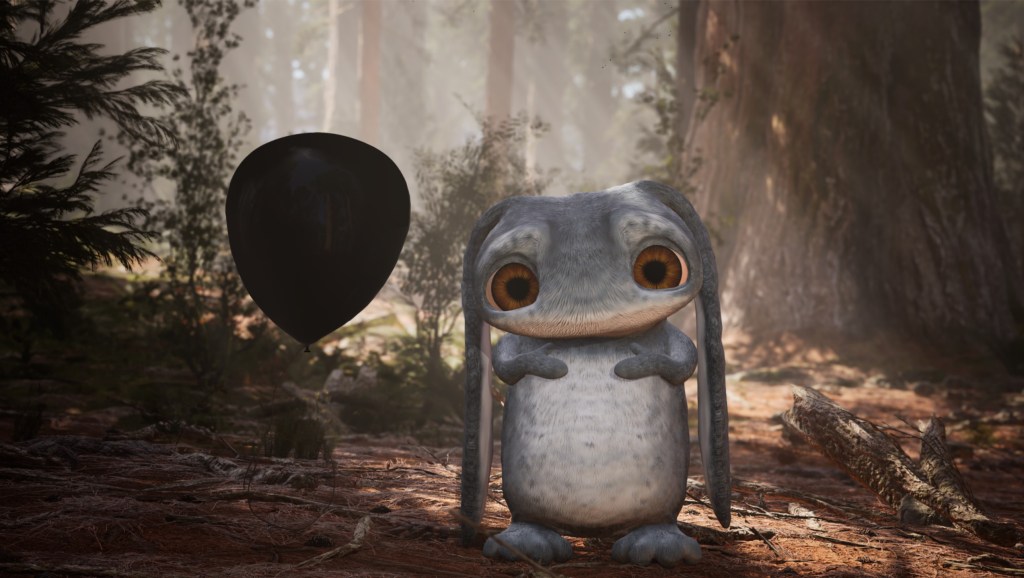 How can a bunch of numbers look so cute? Image: The creature from Never Alone.

The Australian Unreal Engine Short Film Challenge, supported by engine creator Epic Games and the Australian state agencies, kicked into high gear in January 2021, when 16 finalists were each given $20,000 to make a film in six weeks. They were armed with a free copy of the software and a week’s training.

Ben Matei is an emerging filmmaker based in Western Australia. He is an actor with a degree in media and animation, who runs workshops, does corporate productions and edits, all to earn a living. He saw the challenge as an opportunity, figured that his combination of skills must be worth something, and decided to pitch.

‘The problem was that I actually didn’t have any idea of the story,’ he told ScreenHub. ‘I very much found out about the challenge late, I was recovering from surgery and thought I did not have enough time.’

Jumping in at the deep end

‘Then my producer Jennie Tkaz and I saw some artwork on a wall by Hayley Welsh. It had a story already, and an interesting character in a very full world.’ She agreed to allow the work to be used, Matei and Tkaz cooked up a proposal and the judges accepted it as one of the 16 projects. He was in.

Remember that this whole exercise was about the use of the Unreal Engine by Epic, the backbone of countless video games, to make films. Matei is an animator who plays games, so he was not going to panic in front of a computer and a rendering engine, but he had no idea how to work Unreal.

From ScreenHub’s point of view, his journey is a case study. Where to find expertise? What would happen to his brain in adapting to a whole new approach?

He went to the Let’s Make Games (Western Australian GameDev Discussion Group) on Facebook and asked for experts. He did not come in totally ignorant. As he explained, ‘‘Because I have the animation background, I knew that I could speak the language to communicate with the developers. I knew I was going to be able to understand the pipeline, although I wasn’t specifically familiar with the engine.’

Thompson to the rescue

He found Mark Thompson, a game designer and software developer who had just started work as a games lecturer at SAE Creative Media Institute, which could also provide some resources. ‘I call myself a systems designer,’ he said, ‘designing things that fit together. It is a support role, so the animation team goes, “We need a texture that can go from drawing a dusty surface to a model for an amount of time.” And I go, “I’ll build it for you and it will just plug right in, and all you got to do is change this number, and everything will work.” And that sort of stuff makes me happy.’

He describes himself as very much a generalist. ‘I know enough about every part of the engine to be useful to everybody. I’m not an expert in any one component of it. ‘I know how to set up a camera inside of Unreal, but I don’t know all the camera settings. I can set up the shot and line everything up and pass the file over so the experts can set the camera up correctly.

In a way, the Unreal Engine connects with traditional linear work at both ends – the creators have a vision, the equipment arrives inside the virtual world, which then functions like gear in the real world. It is familiar, strange and then familiar again.

Vertigo in the infinite

As Thompson observed from his teaching, ‘The thing that most people struggle with when they first switch from film animation to Unreal is that anything is possible. You want a tree, I will put in a tree and delete it if it doesn’t work. You have complete control of these worlds. Here we were trying to recreate an art style which is very surreal and otherworldly. We used very realistic rendering files to play around with space, shape and hyper-detailed real work environments.’

Ben Matei agreed. ‘For the first two weeks that was a real struggle for me. Normally you start with a limitation, and you have to work within that box. Suddenly you’ve got every possibility under the sun and you really need to become specific quickly, otherwise, it is crippling.’

He learnt how to create a box for himself at the beginning of the project, just to manage the opportunities. ‘Time is the biggest constraint – everything is possible, even the things which are technically difficult. We just didn’t have the time for them so we were always managing the production against the time available and try to get the best results.’

He was stepping inside a virtual world and finding the familiar problems faced by any line producer. But there is a shift in the rhythm because so much of the building and the creative activity occurs before the shoot. The assets are built first and dropped into that world with the virtual equipment, which records it in real-time.

Thompson emphasised there are many different pathways, chosen for different tasks or just to suit the creative approach of particular crews. In the case of their film, the original creature was built in the real world and then moved into the virtual universe. ‘The animation is based on clay models of the creature by Hayley Welsh. So we wanted to make our own clay versions of the creature, which gave us a gorgeous texture to work with, which we wanted to look very real.’

‘The creature doesn’t have proper legs so he takes these tiny waddling steps, and I didn’t think of that. We had to use a lot of tricks to get him to travel the distance required, a lot of forced perspective.

‘He had these big beautiful eyes which are really delicate material. They were supposed to be rendered like glass eyeballs but the reflections in them were a problem. We had to scale down the realness because it is too real and the light just passed straight through them.’

According to Matei, ‘Once the characters were locked in, they had to be rigged, which had its own technical issues. And we were also really narrowing down the environments and fleshing out the storyboard. The narrative only had three or four frames that were rendered for the proposal, so we suddenly had to do all of that work as well, while the composers started working on the music.

‘It was kind of an organic process with a bit of creative give and take. I had a strong sense of where we were going but there was a lot of discovery as well.’

From Thompson’s point of view, ‘There were only four or five of us working on the project and that we did it in six weeks is kind of insane. There was a lot of joint effort and passion and skill from everyone involved. They were a tight team who worked for a little less than they’re actually worth.

‘We used a collection of asset packs which are pre-generated environments which we bought. It was my job to make all the environments look like they belonged in the same world. We were going from a new scene to an output shot in about five hours and then it was just tweak, tweak, tweak. In a 12 hour day, we would generally output around two shots.’

Said Matei, ‘I think one of the biggest strengths with the workflow was the rendering. I think this project was a really good showcase. A huge amount of work goes into the front end but once everything is made, you have so much control. I had around 80 shots for the film and I rendered multiple versions of each shot. I had close to two terabytes worth of render that I took into my editing package and then made choices. I was able to go back and re-render if I wanted to.

‘Eventually, I felt extremely comfortable with the material and the workflow because I could make small changes and pretty much wait.’

They staggered to the finishing line and finished in time. The winner was Cassini Logs, a five-minute film by Alexandru Popescu and Tim Ben Cole, and produced by Isabella Povolny and Tim Ben Cole with a total crew of 26.

Matei claims that Screenwest is encouraging him to go further, though he can’t use the Never Alone world because it belongs to Hayley Welsh who wants to take it in a different direction. She is, after all, a muralist pitting the fantastic against the built environment which is a very different tension.

The agency is also trying to develop a local games industry and sees him as part of that. It too wants to develop the symbiosis between the linear storytelling sector and the games companies. But, Matei said, ‘In terms of having a local industry that communicates that way? They don’t listen – they are extremely awkward with each other.’

He believes that dialogue can be completely natural. On the most fundamental level, both sectors are broken up around areas of expertise that co-operate with each other. All those spooky problems about assets, ingestion and adaptation belong to an expert – as do the complexities of telling a fixed story in controlled time.

Here is their film, Never Alone, which was accepted into the prestigious Los Angeles Short Film Festival – virtual of course, because of Covid. With animation rather than live-action, it has a crew of six, including Mark Thompson, credited for world-building.

David Tiley was the Editor of Screenhub from 2005 until he became Content Lead for Film in 2021 with a special interest in policy. He is a writer in screen media with a long career in educational programs, documentary, and government funding, with a side order in script editing. He values curiosity, humour and objectivity in support of Australian visions and the art of storytelling.