Gungrave G.O.R.E. could have been a Souls-like

Gungrave G.O.R.E. is a sequel to the classic Gungrave franchise that extends the legacy of the original games.
Leah J. Williams 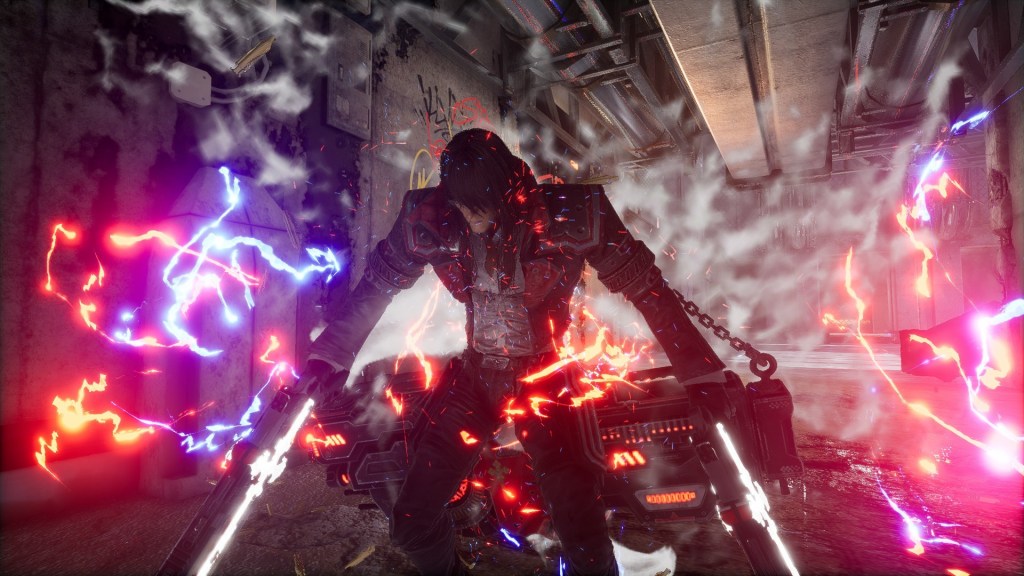 Gungrave began life as a gothic ‘Wild West’ shooter for PlayStation 2 in 2002, amidst a revival of supernatural western tales in fiction. The game’s protagonist, Beyond the Grave, was a stylish gunslinger designed by Yasuhiro Nightow, known for his work on the Trigun anime series. In substance and design, it paid homage to this classic franchise, attracting a wide player base around as a result. Gungrave’s popularity was enough to spawn a sequel – Gungrave: Overdose – and an anime series of its own.

While it went dormant after this brief success, studio Iggymob remained fans of the series – and in 2017, relaunched it as a VR action-shooter. According to Kim Kay, COO of Iggymob, via translator and Gungrave G.O.R.E. project manager Bobby J. Park, this was an important turning point in the modern Gungrave revival.

‘When we first made [Gungrave VR], it was more of a testing phase,’ Kay told GamesHub during a recent PLAION publisher showcase event. ‘At the time, there were quite a lot of VR shooting games. The whole thing started from me thinking, “oh, why don’t we make a VR version out of [Gungrave]? How would it feel to make Grave as VR?’

‘The most feedback we received as we were making the VR version was that people were asking for a non-VR version. There’s only so much we can tell the users about the story … and we couldn’t really show everything they wanted. We wanted to show a more in-depth version of the Gungrave series, and its unique fun.’

This feedback process led to the creation of a fully-fledged, third-person shooter designed to take direct inspiration from the original Gungrave games on PlayStation 2. Gungrave G.O.R.E., set to release on 22 November 2022, is described as a new chapter for the franchise. At a recent preview, we were able to get a brief hands-on with the upcoming title, and found it to be a high-power, gothic, bloody power fantasy.

According to Kay, the game is designed to be friendly to newcomers – although a working knowledge of the original Gungrave series is recommended. It’s a direct sequel to second title, Overdose, and continues the events laid out in the games from the early 2000s.

‘I believe it will be more entertaining if you play the previous versions,’ Kay said. ‘But even for those newcomers who’ve never played Gungrave, we added a little video on the menu which explains a little bit about history – so they won’t have any problem playing the game and understanding.’

That said, Gungrave is not beholden to the mechanics of the past – and instead pays homage, while modernising the flow of combat, and the gameplay systems.

‘Most shooting games have a reload system,’ Kay said. ‘Traditionally, in the Gungrave series, you don’t have to reload. So you don’t have to hide yourself and reload or dodge – we don’t need all of that. You just have to keep moving forward, and kill whatever you see.’

In active gameplay, this means Grave operates as a solid, heavier figure that can take a lot of damage – an obstacle for enemies to overcome. Without access to high-speed attacks, or needing much finesse to survive, players can simply unleash their weaponry on advancing enemy hordes, rolling and firing with every press of the button. In this way, you can clear hallways in an instant.

Grave is powered by a force known as ‘necro DNA’ – which also revived him to a semi-undead state in the game’s canon – allowing him to forge ahead with little regard for his own safety. All he cares about is protecting Mika, the daughter of Grave’s former love.

With this missive as your guiding star, players set off on a bloody quest to protect Mika and save the world from the evil forces of Millennion, a corrupt organisation filled with goons and ruthless villains.

This lore was already laid out for the Iggymob team, built by developers at Red Entertainment, and other contributors to the franchise’s 20+ year-old lore. But according to Kay, the hardest challenge in developing a major sequel to this series wasn’t in adapting the story – it was in marking a mark in a tough, trends-based games industry.

‘When [Iggymob] started developing the game, Souls-like and open world [games] were trending – those were taking the major popularity in the gaming world. So at first, we tried to make the game a Souls-like – or an open world. When we first came up with the prototype, there was no fun in it.’

‘As you play the game, [you’ll notice] we have a unique gameplay style for Gungrave. It would’ve been very tough if we were to make it with open-world or Soulslike gameplay. The hard thing was we spent a lot of time reverting to the old school style.’

Iggymob felt strongly about these changes, as they believe diversity in action games is essential. If every game is a Soulslike game, the market becomes flooded – and it’s much tougher to stand out. But in grounding Grave and his abilities in a classic, arcade-like gameplay style inspired by PlayStation 2-era classics, Gungrave G.O.R.E. forges its own identity.

‘We would’ve lost the fun that we have if we followed the path of the train,’ Kay said.

In pursuing a new track, and spending more time developing the identity of Gungrave G.O.R.E, production shifted focus from limited ‘last gen’ PlayStation 4 and Xbox One consoles to the modern PlayStation 5 and Xbox Series X/S. According to Kay, this process was a revelation – and allowed the team to make G.O.R.E. an overall more immersive experience.

The quality of the visuals was greatly improved by this transition – as seen in our demo preview – as were controls and gameplay. On PlayStation 5, the upgrade also allowed for the inclusion of haptic feedback and adaptive trigger pushback on the DualSense controller.

‘It will be a more dynamic experience because you can feel it through the controllers,’ Kay said.

While the team conquered a range of challenges in creating the game, including developing through the coronavirus pandemic and contending with a frozen investment industry – which meant there were times the team weren’t paid for their work – they were ultimately able to maintain stability and progress with the support of publishing partners.

‘Our team still had the hope and the passion to develop the game, so went on,’ Kay said of the long development process and constant iteration.

‘The whole development period got extended a little bit – but luckily and thankfully, we found partners who believed our passion, who believed in us. So we were fortunate to work with more people to make the game.’

After a long period of anticipation, Gungrave G.O.R.E is finally set to launch for PlayStation 4, PlayStation 5, Xbox One, Xbox Series X/S and Windows PC on 22 November 2022.