A growing movement of climate-focused local games are leading the forefront of environmental activism in a digital age.
Emily Spindler 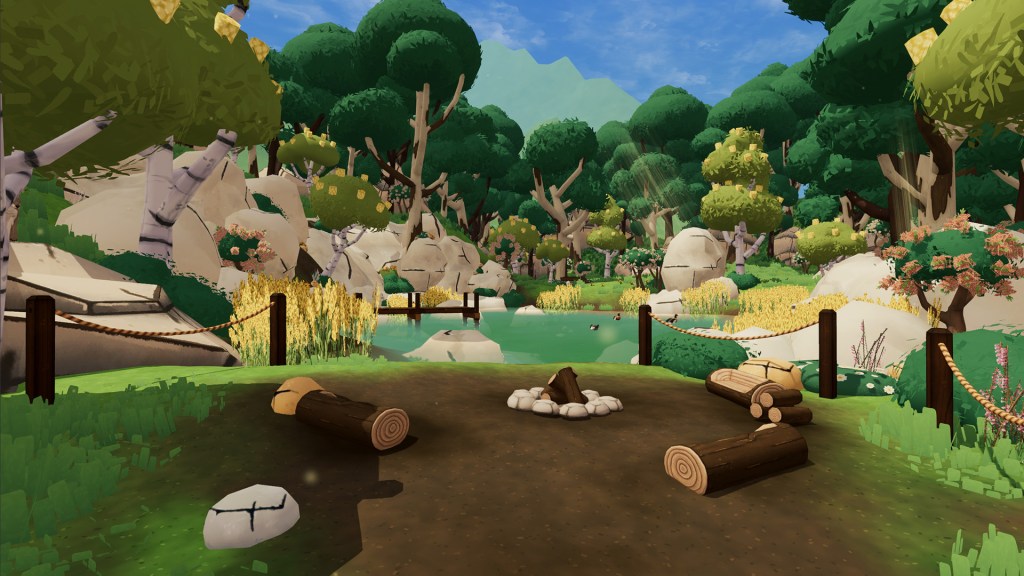 Many popular games have focused on the corruption of distant lands in otherworldly realms, and tasked players with restoring these worlds to their former glory. With an increasing focus on climate change in our own world, Australian developers are now creating games that could have a lasting impact on how we view our environment.

The Lowy Institute’s 2021 Climate Poll showed that 60% of surveyed Australians felt that global warming is a serious and pressing problem. With the United Nations Environment Program (UNEP) finding that the gaming industry reaches one in three people globally, it’s no wonder that games can have such a major influence on attitudes and actions, particularly about climate change.

Showcased at the 2022 Wholesome Direct, Miska is a narrative-driven adventure game from Melbourne-based indie studio Umbrella Party that’s working to educate and inspire players to reconnect with the world around them.

Umbrella Party describes itself as a ‘small studio with the goal of making games that can create change, evoke emotions and tell a story that people can connect with.’

In Miska, you take the role of a woman visiting an Australian National Park she once frequented in her youth. However, the park has suffered at the hands of tourists, and players must help to restore the park’s beauty. All the while, the landscape begins to spring back to life as your efforts make change; flowers begin to bloom and native creatives return to their homes. This cozy game leads you on a journey to rekindle your connection to nature and revisit fond memories from the park as you go.

Victoria Gyors, Managing Director and Lead Designer of Umbrella Party, says that Miska is ‘our way of being able to put it out there … and encourage people to clean up the environment.’

The Umbrella Party team undertook extensive research into native wildlife and plants to recreate a world that Australian audiences would find familiar and connect with. On top of visiting the national parks in Victoria, the team also consulted vintage botanical books and poured hours into faithfully bringing the Australian bush to screens with funding from Film Victoria.

Creative Director and Lead Artist Alan Robinson says one of Miska’s key messages is to ‘appreciate what’s around you.’

‘Yes, you’re doing this in-game, but you could so easily do this in real life as well … we have to share this world not just with other people but the animals and plants around us too, and I think it’s our responsibility.’

Another Victorian-based game studio bringing the environment to the forefront is Paper House, the team behind the 2018 game Paperbark and the upcoming Wood & Weather.

Paperbark is a walking simulator that follows the story of a wombat in the bush during an Australian Summer, with an art style reminiscent of classic Australian children’s books. The team worked with an ecologist to create an environment that accurately depicted the bush, down to the plants and animals that inhabit it.

Terry Burdak is the Creative Director behind the game and says that initially the story was meant to portray bushfires as a way of life in the bush and a means for regeneration of nature. What began as a background context to the overall story, fires soon took on a much different meaning. After the 2019-2020 bushfires across the country, audiences began to share screenshots from Paperbark to social media, with players concerned for the wombat in a way they hadn’t been before.

Burdak says it was strange to see the original message behind the fires shift in interpretation so drastically.

‘All of a sudden it’s saying something else and … it’s like, well actually, these fires were catastrophic.’

Burdak’s upcoming game Wood & Weather has a focus on changing weather patterns and how the climate can impact people, with the website describing it as a ‘wholesome game about climate change.’

While Wood & Weather delves into the impact of environmental changes on people, Gyors and Robinson say their aim with Miska is to show the impact people can have on the environment, both positively and negatively. The team wanted to do this through a wholesome game that allows players to ‘turn off and just kind of breathe in the virtual fresh air.’

In Miska, you can take a moment to sit on one of the park benches and just take in the world, in what Robinson describes as similar to an animated wallpaper. This brings players into the world of Miska as well as engaging them with the environment right outside their windows.

‘Just taking brief moments of your day to just see what’s there gives you a whole new appreciation of what the world has to offer.’

Miska and Paperbark aren’t the first games to wrestle with climate change and the environment, but are part of a growing movement of climate-focused games coming to screens in the last few years. Alba: A Wildlife Adventure was released in December 2020 and focuses on the titular character working to save her island from litter and pollution (and possibly start a revolution).

The 2022 Wholesome Direct also shone a spotlight on a number of upcoming environmentally-focused games, such as Terra Nil, an upcoming reverse city builder about restoring the ecosystem of a ravaged world.

Robinson believes that the increase in games focused on the environment may be due to people craving the outdoors after extended lockdowns throughout the pandemic. He says this, in turn, seems to have had an impact on how these games can influence audiences.

‘I think more and more, the worlds are kind of starting to collide a little bit more than they used to be – games used to just be this fantasy world, and I think that we’re starting to kind of bring reality into that realm as well.’

Whether through wholesome stories with a feel-good message, or stark reminders of the changing environment at our doorstep, it’s clear that many studios are keen to do their part in encouraging audiences to take an interest in the planet.